Why is this character's arm moving when I edit its armatutre?

I'm working on a custom character for SRB2Kart.

I've finished animating it, but I'd like to change the parent of two bones. I selected the armature, entered edit mode, made my changes, and left edit mode. afterwards, I noticed that its hand was raised:

I undid all my changes until everything was back in place. I realized that even without making any changes, selecting the armature, entering edit mode, then leaving edit mode will cause this, including in subsequent frames.

I've selected everything and remade the animation frames, but the problem persists.

Does anyone what's causing this? How do I stop this?

Update: I've attempted to work from the raised hand, but unable to copy and paste the pose from the left arm to the right arm. In fact, the rotation is virtually the same:

I've attempted making the w and x rotation of the right arm negative, but it just made things worse: 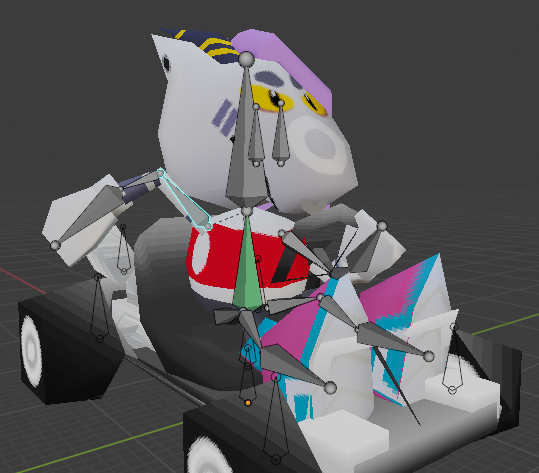 To rule in/out dependency loops, open a console window (from main menu's "window" menu) and look for any "dependency cycle" warnings. If you have well named bones, you should be able to see where the loop exists.