How to disable Background layer rendering?

I’ve done tracking of the footage, and I’ve setup the tracking scene. As you probably know, once you setup the tracking scene, Blender automatically creates two “Render Layers” nodes in the compositor. One node is for the “Foreground” layer, as shown in attached screenshot, and the other is for the “Background” layer. Also, Blender creates two collections in the outliner: foreground and background. Background consists only of “shadow catcher” plane. 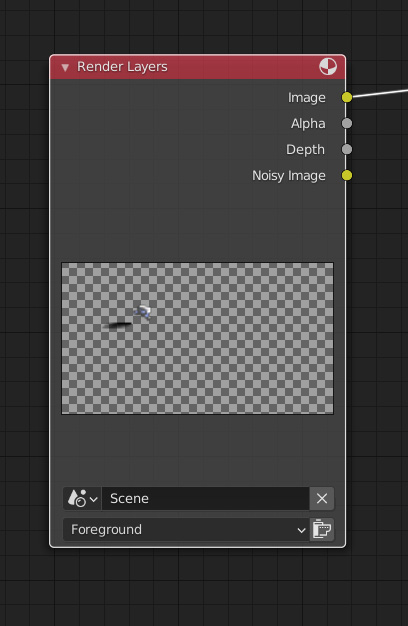 The problem is, Blender is rendering separately those two layers / collections, which doubles my rendering time, and since I have very simple scene, that is in fact just a waste of time for me. I want to do all the rendering in a single pass.

Have you tried going into the Render Properties > Film and ticked the box which says Transparent?

I had the exact same issue, and I couldn't find an answer anywhere. Here is what worked for me.

Go into Layer Properties in the righthand Properties panel. Then go into view layer and check Render Single Layer. This immediately solved the problem for me.

Not the answer you're looking for? Browse other questions tagged rendering render-layers compositing-nodes or ask your own question.

1
Render layers not appearing in the compositor
3
Why is my Shadow Catcher layer shadow-pass entirely black?
1
render only the shadows in Cycles
1
Shadow Catcher, Shadow Rendering Behind Tracked Camera Scene
1
Cant render image with transparent background after motion track?
0
Blender 2.93 does not save view layer render setting after selecting a different view layer