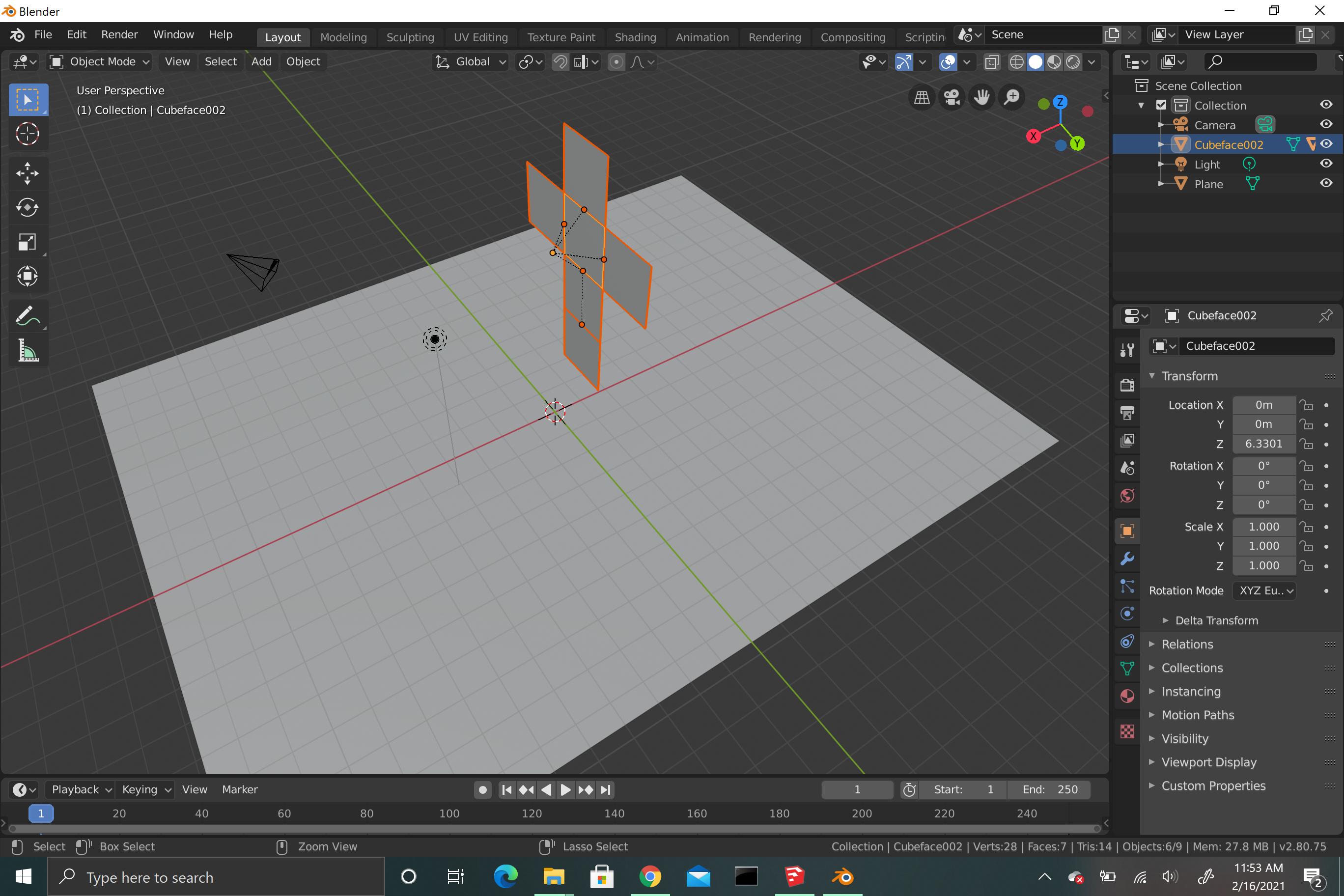 I have a unfolding object here I created using the Origamify add on. this add on allows me to fold and unfold this object and I need to keep that. If I move the origin point folding mechanism no longer works. So far I can snap the object to the plane but it won't snap flat it only snaps at a 90 degree angle, or the original angle the object was created at. If I'm only unfolding a cube that's not a big deal because I can manually rotate the object. But if I have a more complex model with a complicated angle from the object to the origin point, I can't get the flat series of objects to snap to the base plane. https://youtu.be/ZLkyWGQ-_2I
this videos show the intended result. basically I need a way to snap one plane to another where the entire object rotates according to moving planes movement.

A number of ways of doing this, but here's one that should preserve all the relationships in your origami. It looks from your picture as if all the folding parts of the model are separate objects, with their origins on the folds, all parented to a static part, with its origin off-plane.

In brief: parent the existing origami-hierarchy to another object aligned to, and in its plane. Then snap the new parent.

Not so brief, and assuming the worst case, with the origami and the target plane both skew to the world and their own object-axes: 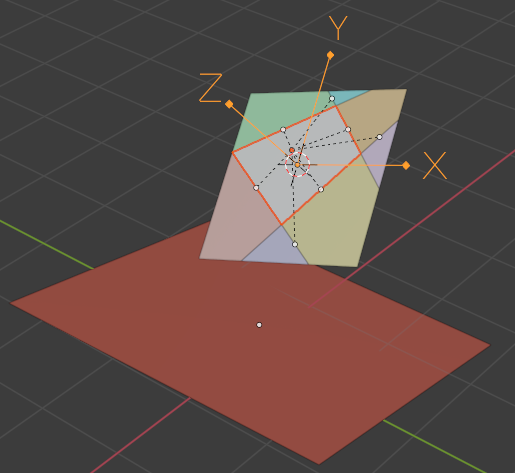 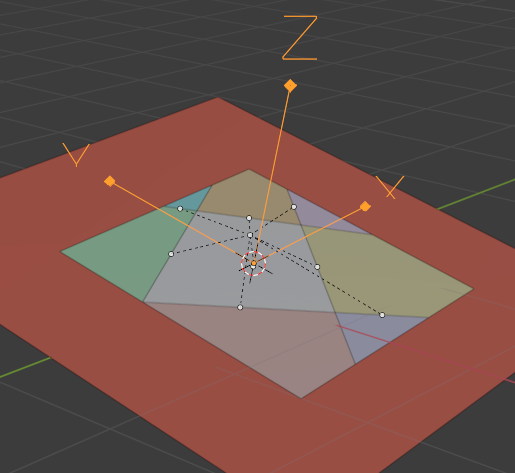 This really is the worst case: if your origami's local axes are aligned to their planes, or the target plane is aligned to the world, you can skip some of these steps.

I was able to piece together this code. It is a much faster solution.

0
Snap to face doesn't work
2
Snap two objects face to face in object mode?
0
Position an object's origin point to the face below (python)?
2
Snap object to the center of another object face
1
Is there any way to snap a face of object to other face of other object without addon?
0
How to snap an object to another without moving origin?
0
Is there a quick way to snap a mesh to the cursor, at the selected elements of the mesh?