How to setup character outlines to facilitate better topology?

I a beginner modeler and had a question regarding my process creating 3D characters. For example, let's say I'm modelling a character's head. I typically start by having a front-facing and profile-view reference set up in Blender which I use to create an outline of the character's head. Then I'll rotate the camera and outline the character's head's profile the same way. When I do this, I use an arbitrary amount of vertices which I think may be causing my issue.

My issue is, when I start extruding vertices from these outlines and generating faces, the faces start to curl up and I don't know where the remaining faces should go. Here is an example of a character's head that I'm trying to model 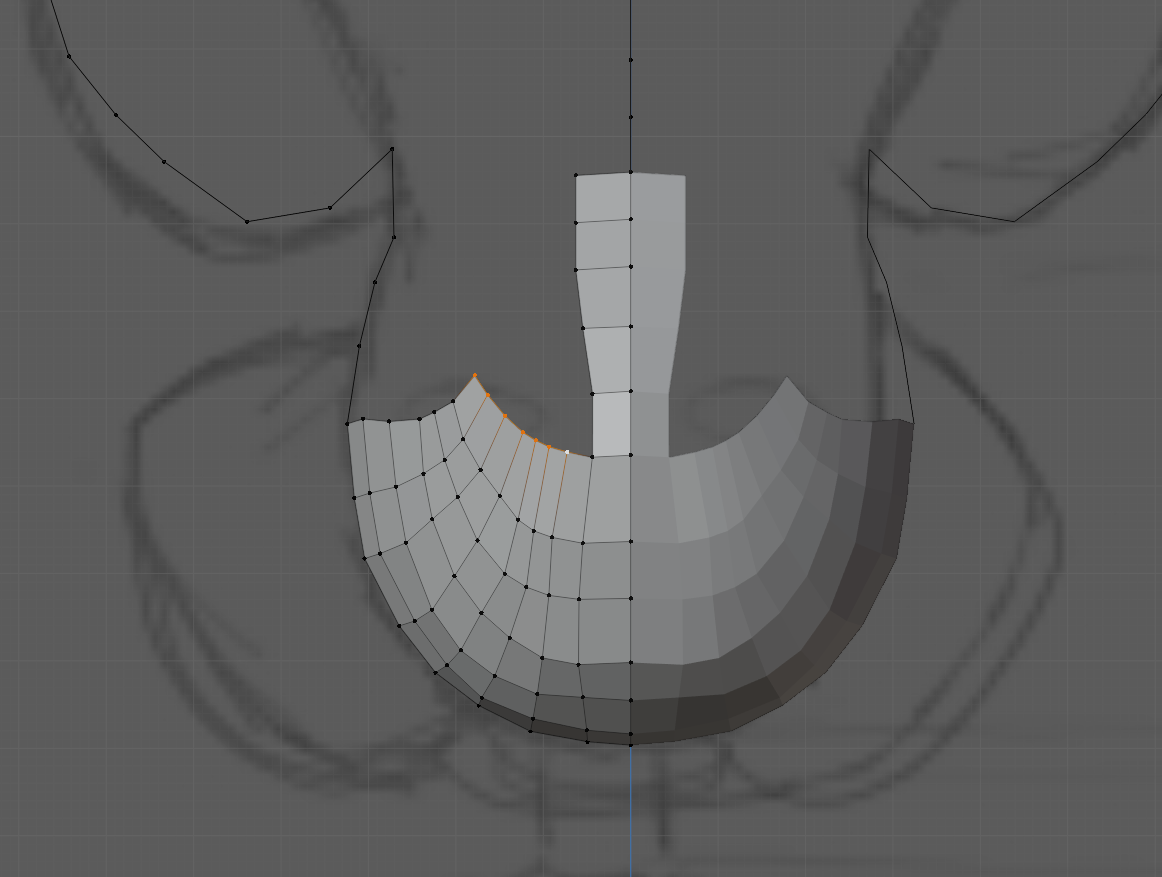 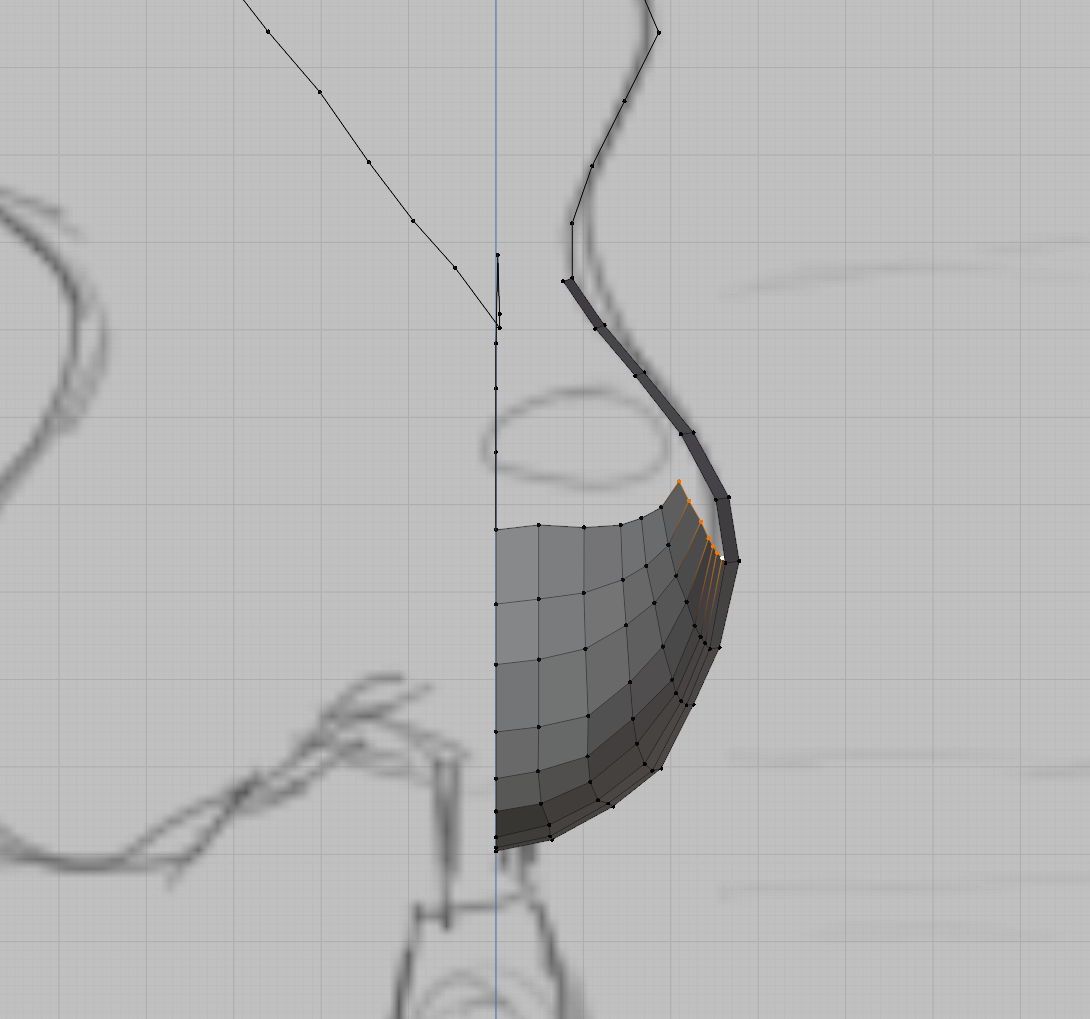 I don't know if you can tell, but my process is that I select a vertex on the outline, extrude it in necessary direction (towards the center of the face), repeat with neighboring vertices, and create a face between four of them. This process starts to crumble a bit when you notice that I have so many faces starting to squeeze together/collapse as I try to connect them to the center of my character's face. Is it because I arbitrarily chose the vertex density of my character's outline? Should I try to keep the number of vertices I use for the head's outline to match up with the number of vertices I use for the character's profile so they can cleanly match up together?

Or is the problem that I can't simply expect to generate "rows" of faces cleanly like how I've been trying to. In my last model I made, I would resolve the same issue by creating somewhat ugly quads that made some parts of the character look awkward. Hopefully I made my issue clear, and thanks for reading.

This is a natural limitation to flat-plane 3-D (the current technology). Basically, one will end up with a few awkward quads or even tris, but this is normal. I recommend you look at others' models of similar characters, and check out the topology. You will need to start connecting things here, so think about "if this mesh were to deform, what parts of it would need to be bendable?" as you create the joining topology.

Beautify Faces might be useful for cleaning up and standardizing the topology once you're finished. :-)

Your modeling technique looks more like a technique for retopology. This may be not the best approach to create a model from a turnaround sketch.

Have you tried Box Modeling?

Another approach is Sculpting + Retopology (for texturing and animation)

2
Constructing and bevelling a pie-slice
1
Issue with creating high precision Ngon faces
2
Making sure the faces are flat (for paper model)
3
How can I create a boolean mesh to replicate the movement of a milling bit?
1
Why do I keep getting a 'No faces filled' error when using the Face-fill tool?
0
Re-topology setup: in-front attribute
0
extra hidden faces?