Array a collection of objects along a curve

I Tried using the most normal way possible, array and curve modifier , the bottles are stretched and the most importantly, only 1 bottle can be array-ed at a time...

Then I searched all over the internet and learned about DupliFaces, i parented the 3 bottle to a plane, and array that plane to the spiral curve, and this is the result 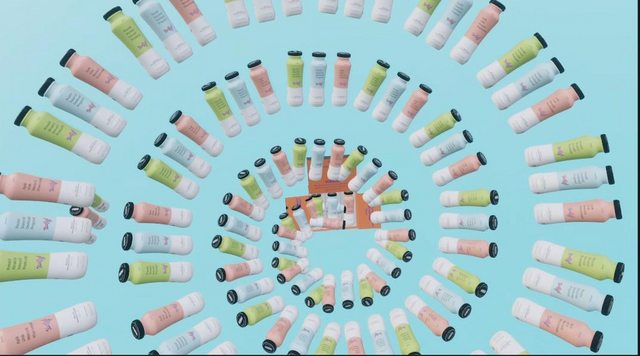 yes, it somehow worked BUT there is still some noticeable seperation between each 3 bottles yes, it can somehow be tricked out by playing the offsets, but because its on a spiral curve, the bottom part overlaps at each other and looked weird

I found this Question that really relates to my question:

but its very outdated, and no longer working on the newest version of blender

I'm still looking for a better way to array multiple objects in blender, 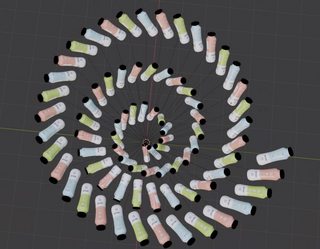 Because my friend can do it so easily and with great result in Cinema4D, I'm finding a way to do that in blender

To array several unique objects in order, you can use several instancer objects with different offsets along the curve.

For my example, I'll use three planes all with their origins at the center, but of course, you can use as many instancers as you have objects that need to be instanced.

The only important measurement here is the offset between the planes.

Add an Array modifier to the first instancer with a Constant Offset that is set to the distance between the planes times the number of objects you need to array (in my case, three times the distance).

I used the Add Curve: Extra Objects add-on to create an Archimedean Spiral using these settings: 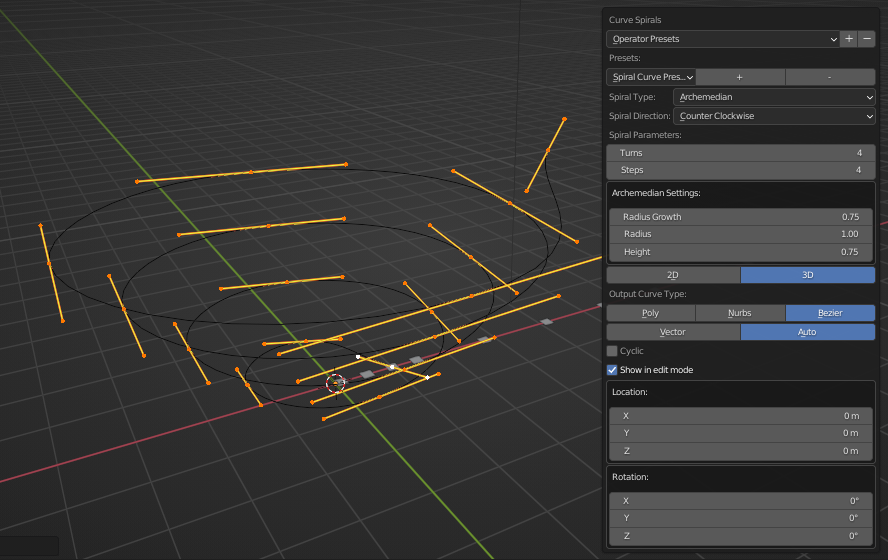 To perfect the curve, I rotated the start and end handles around the Z; then, I used Individual Origins to scale all of the handles along the Z.

Add the Curve modifier to the first instancer and set the array Count parameter accordingly. 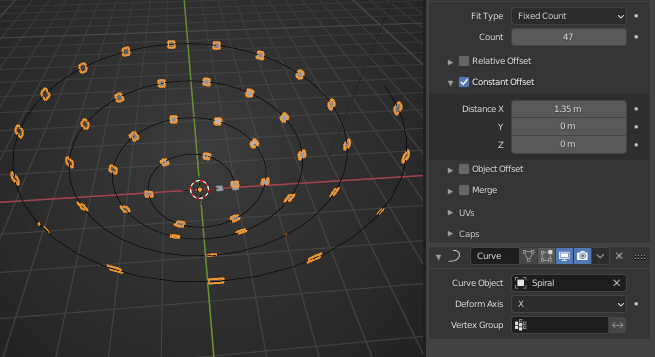 With all of the instancers selected, press CtrlL for the Make Links menu and click Modifiers.* 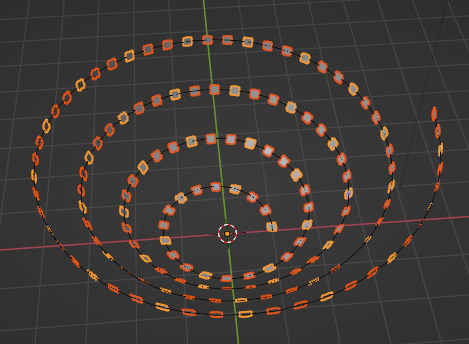 If the tilt of the curve is not right, you can set it to Z-Up. I further adjusted the curve's tilt in edit mode using CtrlT.

All that is left to do at this point is parent your objects to the instancers and set them to instance by faces. 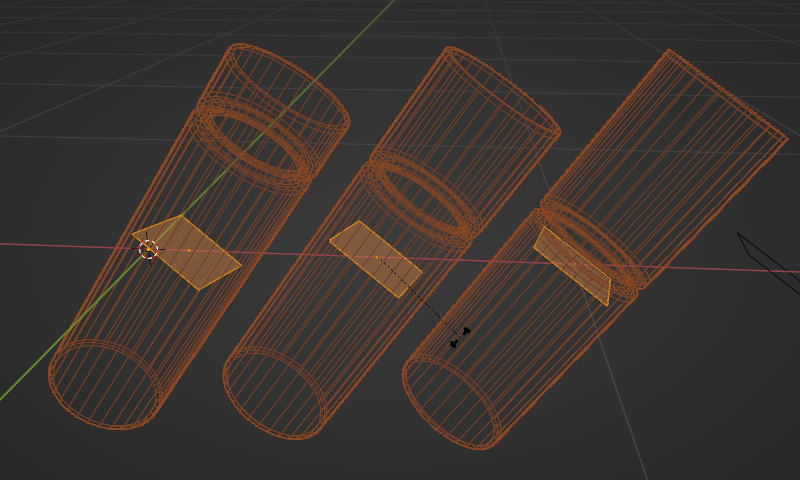 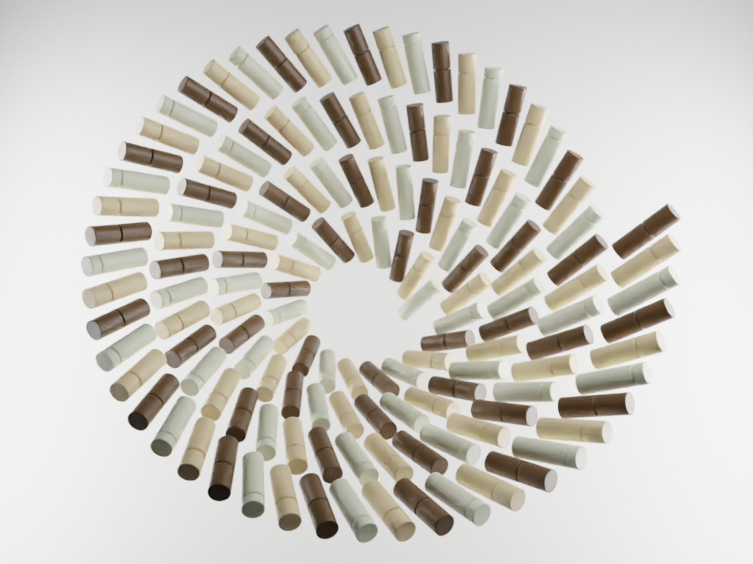 * Modifiers cannot be linked, so it is actually copying not linking.

At least one of the answers you referred to still works, but does need a couple of refinements to deal with this arrangement. 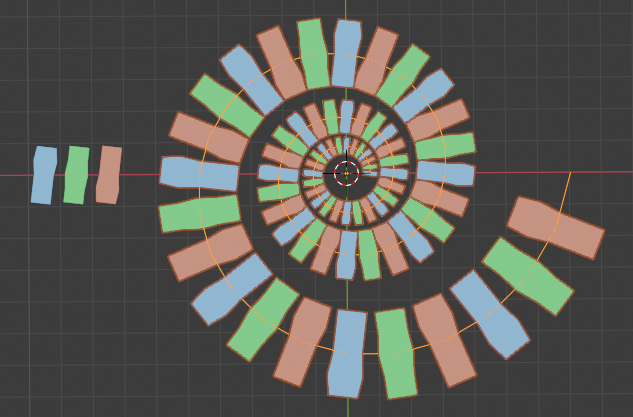 The easiest thing would be to play with the file.. if you have any problems, I would be happy to edit this answer.

Here is an (admittedly somewhat incomplete) node based solution 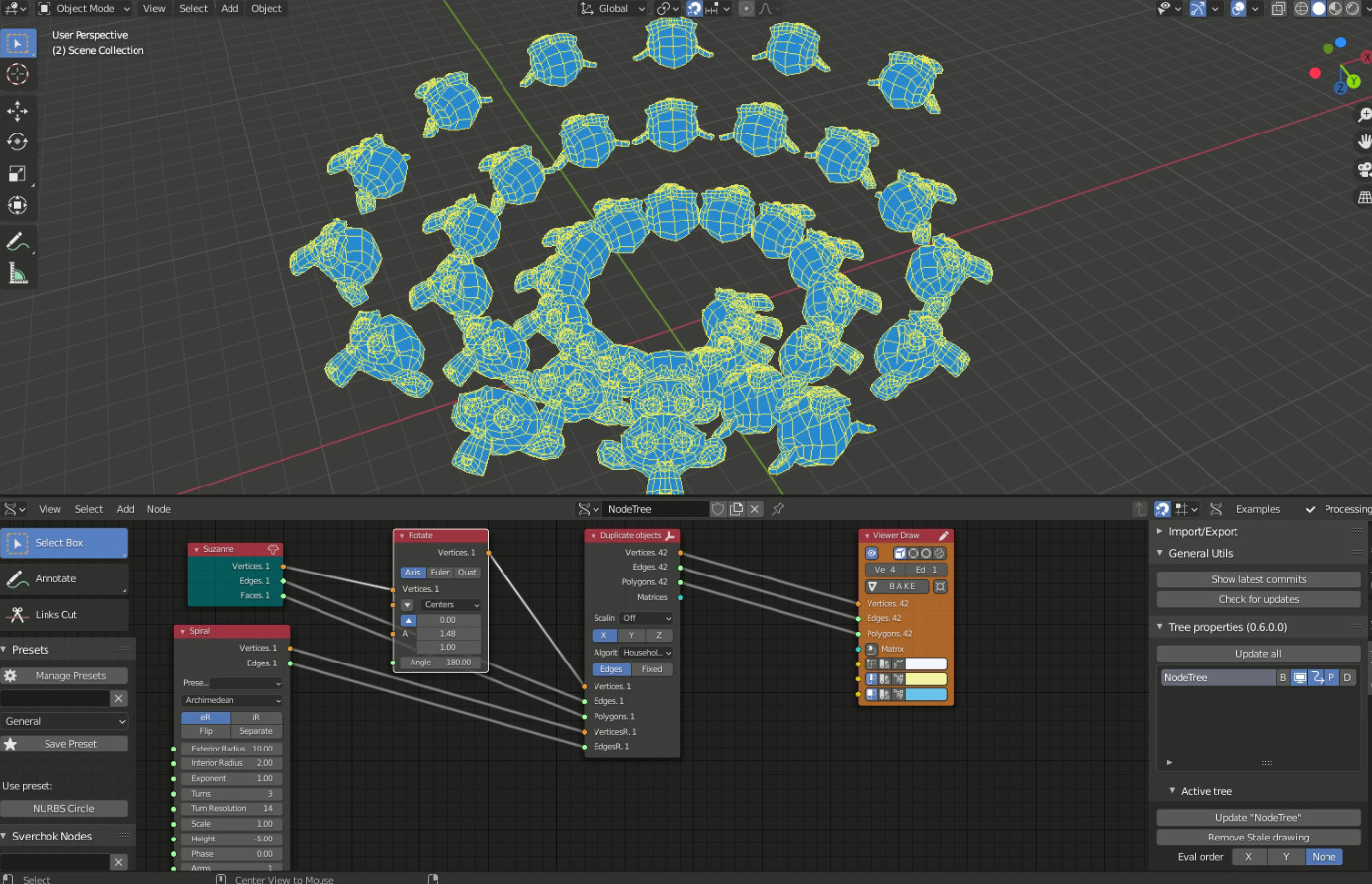 Not the answer you're looking for? Browse other questions tagged modeling animation modifiers objects or ask your own question.

5
Move object array along curve
0
Multiple objects in array
1
How do I form planes into existing object?
6
Is there a way to array an object along multiple curves without having to duplicate the object for each curve
3
Array of structures on a curve with increasing size, no deformation and equal distance