I have the goal of trying to instantiate objects that emit particles, and have the new objects follow points on other objects.

My approach has been to attempt to use Animation Nodes. However, the add-on seems broken? I am following a few tutorials such as this one: https://www.youtube.com/watch?v=S3uschDguJk

As you can see, the basic idea is to instance an object with a particle emitter onto vertices of an animated object (or several). The instancing part works, but in Blender 2.8 and 2.9, the particles do not emit properly once the Object Output Transforms is used to actually move the instance objects onto the vertices. They do not move at all, and lose all interaction with physics or fields. 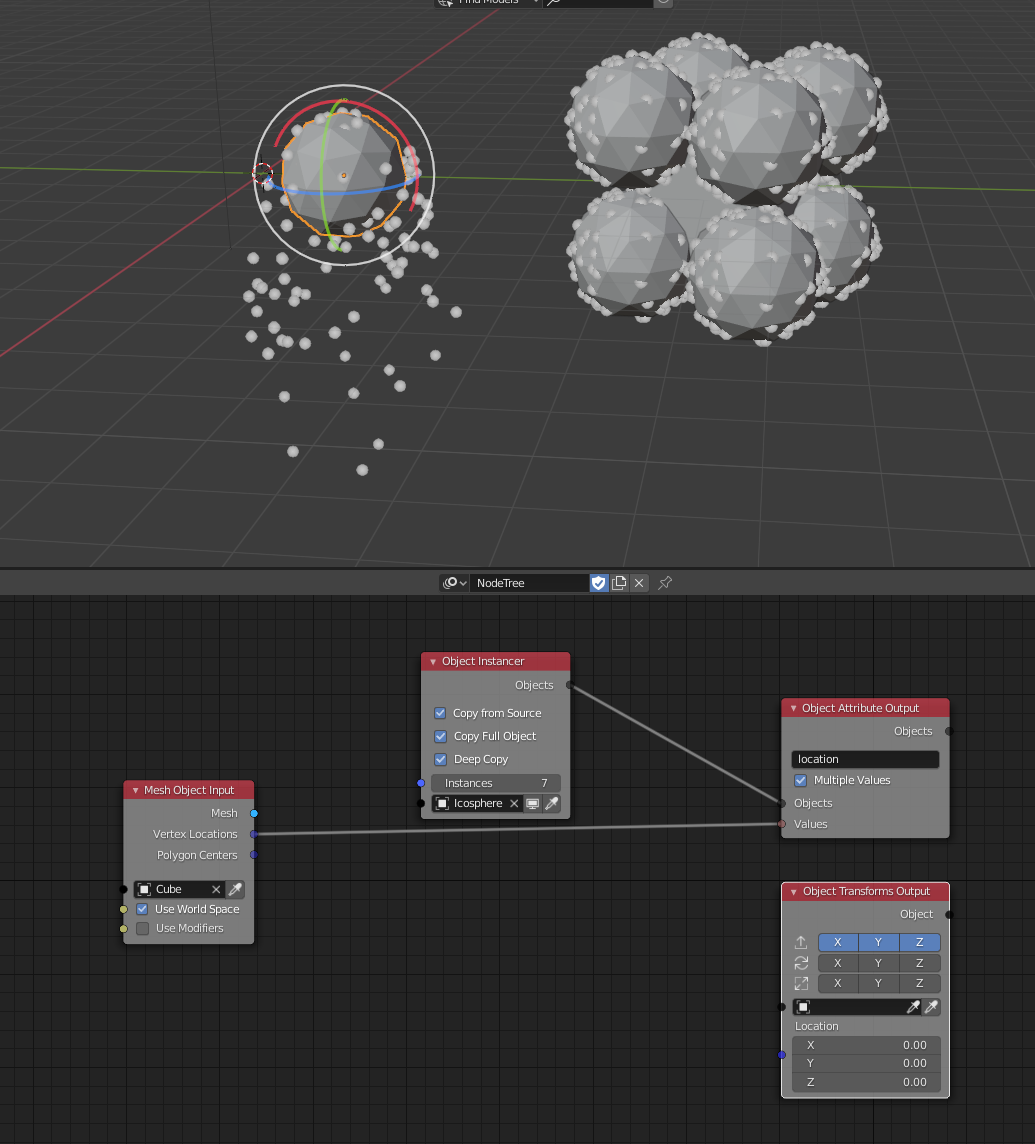 As you can see, the original emits particles with physics interaction, but the instanced objects (while generating particles) have them remaining stationary on the surface (and following along with the object animation). In the above youtube video the behaviour is different.

I have also attempted setting location with the attribute node, but (once again) the actual placement of the objects work, but the particles lose any physics

Any advice regarding how to fix this - or alternatives? Many thanks in advance!

You can bake object transformation into keyframes using Set Keyframes node. It should work.

If you don't want to bake animation then try this method:

Step 2: Create instances of actual object having particles using Object Instancer. Then unlink it from node. You can do that by pressing Unlink Instances From Node. which can be found on advanced settings of Object Instancer node. Then move those objects into another collection.

Another workaround is to union the result(s) to a fixed object. My AN-generated rockets weren't emitting exhaust right (particles reset on every frame and hugged the rockets).

I added a boolean to an empty mesh, assigned it to read the whole collection that AN outputted, and then the particles behaved more as expected. (Still no subframe particle emission positions, though) 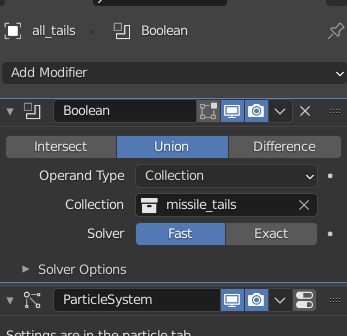