How to get the volumetric display not to show overlapping triangles

I was following a tutorial online and ran into an issue with my system. (Using EVEE for the render) I have a noise texture mapped into a emission shader then connected to the volume on the material output. I get these strange overlapping triangles instead of the look that the tutorial has. I have also increased the end and put the tile size to 2px in the volumetrics. I have included a screenshot. My system is a Dell precision T7500 with an Nvidia K4000. This happens on all versions of Blender that is final releases. Thanks. 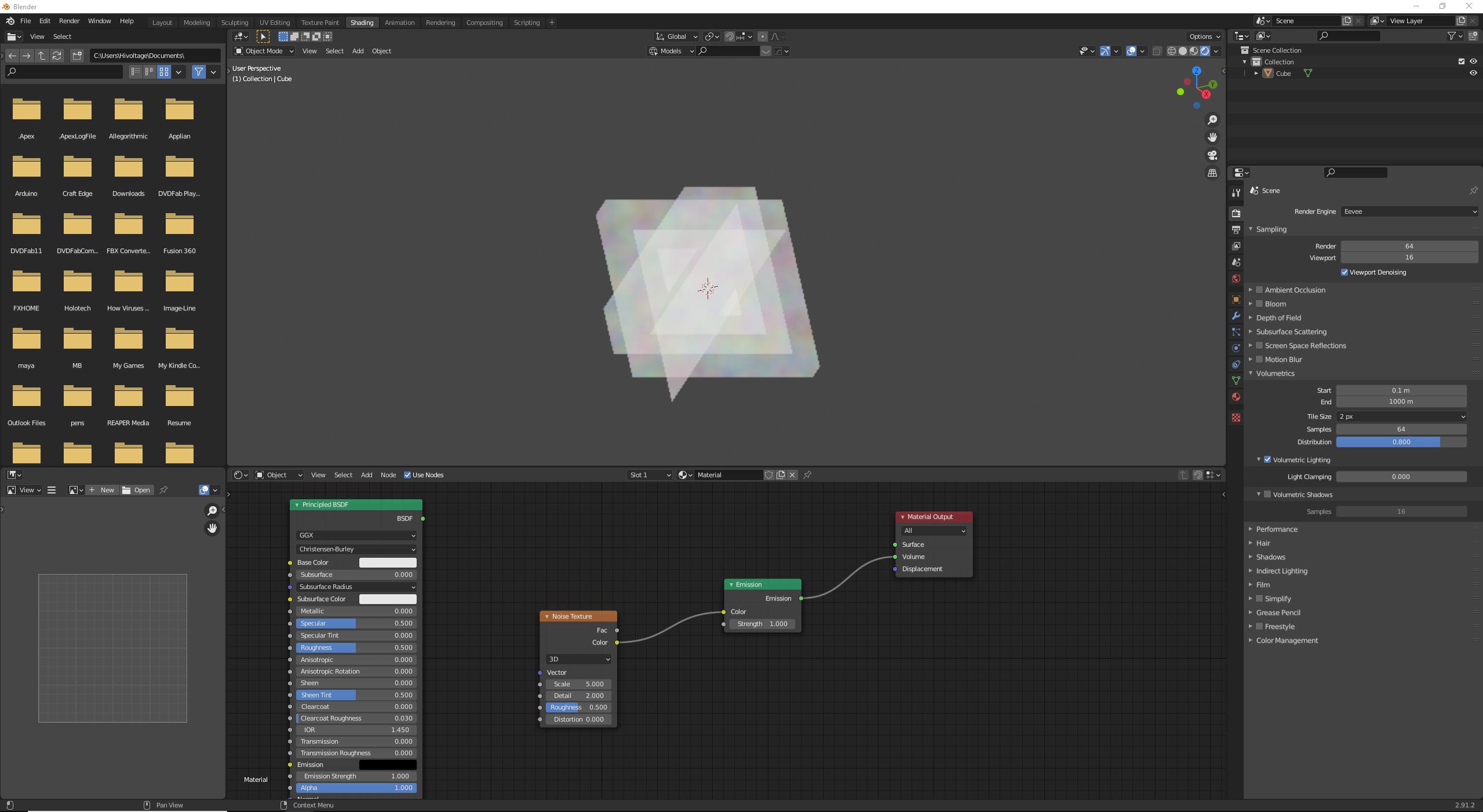 You need to reduce the 'End' setting to increase the number of volumetric 'slices' that are cutting through your volume.

Eevee renders volumes by effectively sampling a number of "slices" through the volume and combining the results. The samples are spread throughout your scene starting from the 'Start' volumetric distance and ending at the 'End' volumetric distance. By having your Start and End very far apart you are spreading out those samples and effectively wasting them over parts of your scene that don't include volumetrics.

Reduce your End until you just start to see your volumetrics "clipping" out of view (I'm guessing it will be around 5-10 (rather than 1000 that you have set). This will concentrate the volumetric rendering within your actual mesh rather than far beyond it - thereby drastically increasing the detail within your volume.

It's hard to tell scale from your screenshot - I'd assumed it was perhaps the default cube. Anyway, the key is to set Start and End each to just before it starts clipping your volume - so reduce End until you just start to lose some of your volume and then increase it slightly so it appears again. Then increase Start until it also just starts clipping your volume - then decrease slightly again so it just reappears. This way the Start is just on the boundary needed to see your volume while the End is also on the far boundary.

Note that if you're using the Viewport, the Start and End are in relation to the current view position in the scene - moving the viewport will potentially move your volume outside the Start/End clipping range and your volume will disappear. Same applies to camera view and when rendering.

Discovered during investigation that there seems to be a bug when the volume is purely emissive - adding any density changes the behaviour in ways it should not. Reported bug https://developer.blender.org/T85778 to allow this to be investigated as it results in odd results when adjusting the Start/End and/or Distribution Volumetrics settings.

Not the answer you're looking for? Browse other questions tagged eevee-render-engine volumetrics or ask your own question.

3
Volumetric Lighting is not working
2
Volumetric scatter shader does not show light focused through lens correctly
7
Why doesn't Volumetric follow the shape of Mesh in Eevee?
1
How to avoid transparency behind the volumetric world shader?
0
Why is my volumetric lighting shown in the viewport but not in the render?