Cut a hole with Boolean Modifier is not working

I can not cut a hole in an object with both Boolean modifier or Carver tool.

Hole needs to be here. 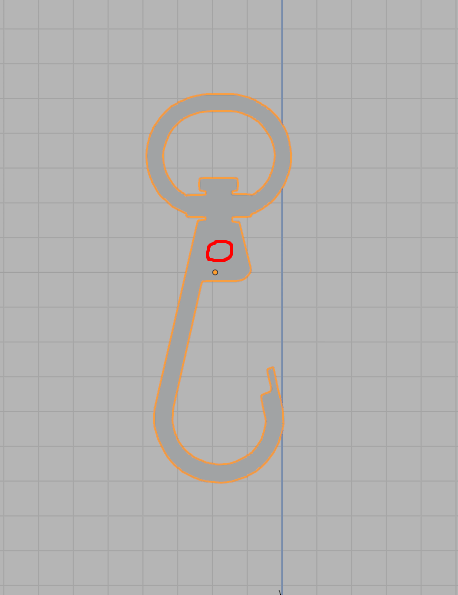 The reason the modifier is not working is because the hook is made from a curve and not a mesh. Curves are defined by specific control points and sometimes modifiers can be added to them to give the appearance of a solid object. However, in order to use constructive modifies (ie. a boolean modifier), your object needs to be a mesh.

I did try converting your curve to a mesh, but due to its complexity, there is some weird topology that results in the boolean modifier not working as it should.

The best thing to do would be to redesign the hook as a mesh and then the boolean modifier should work fine. Having it as a mesh will also make it easier to work with UVs, textures, and physics if those are needed in the future.