I want to change the orientation of my object to a specified direction. 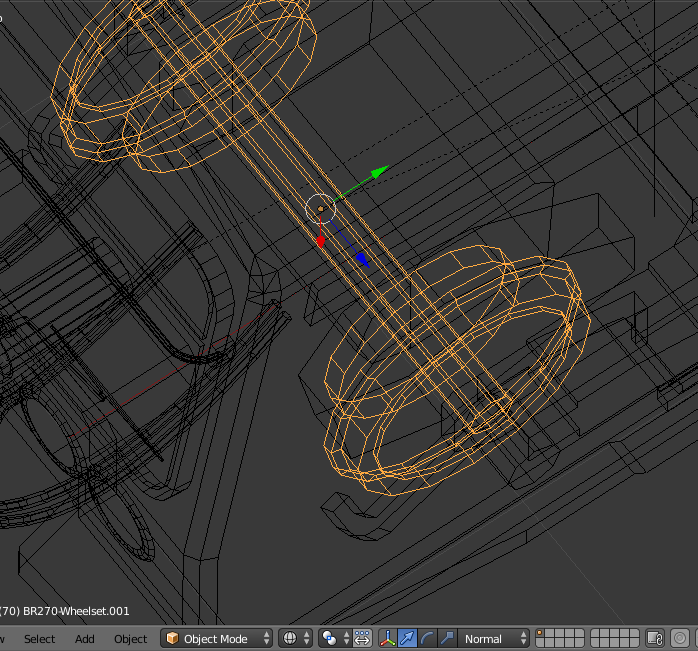 The green arrow (Y-axis) points to the back of the train (along the global X-axis). But I want it to point to the sides of the train, so all I want is to rotate the orientation by 90° without rotating the object itself.

In other words, I want the normal and global orientation of the axle to be the identical: 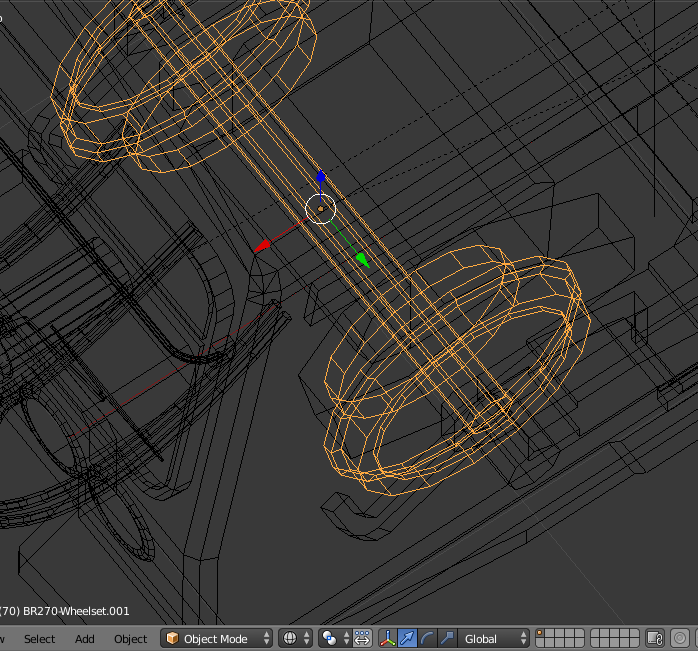 Is this possible and if so, how?

Background: The game engine to use this model will move the bogies and the axles according to their orientations. After importing this train into the game the axles rotated 90° off.

Select the object in Object mode, then CtrlA > R (Apply rotation). This resets the rotation to 0° around all three axes (and thus aligns the local axes with the global axes) without rotating the object.

Get in edit mode, rotate your object in local coordinates as you wish, get back to object mode and rotate it back.

Not the answer you're looking for? Browse other questions tagged objects normals or ask your own question.

2
How to redefine x,y,z orientation of a model?
1
How do I set object origin normal to a face?