I am working on a 3D-printable design and am trying to use Blender to simply "bend" a flat object into the shape I need (basically adding two "rounded" 90-degree bends).

hex_mesh.stl -- This is the flat object is basically a flat sheet with a lattice of hexagons cut out of it (which I designed in FreeCAD). 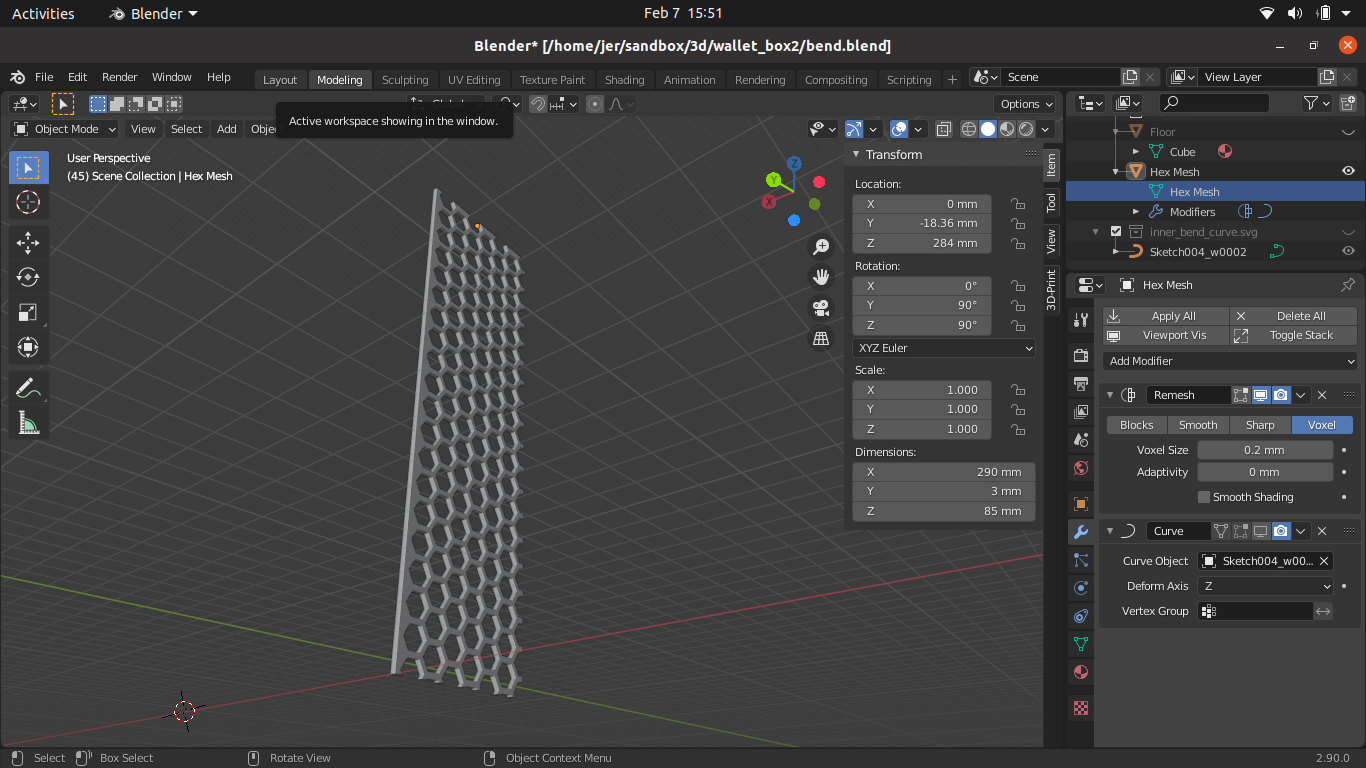 bend_curve_inner.svg -- This is the shape of that I'd like to bend the hex_mesh.stl into (also designed in FreeCAD). 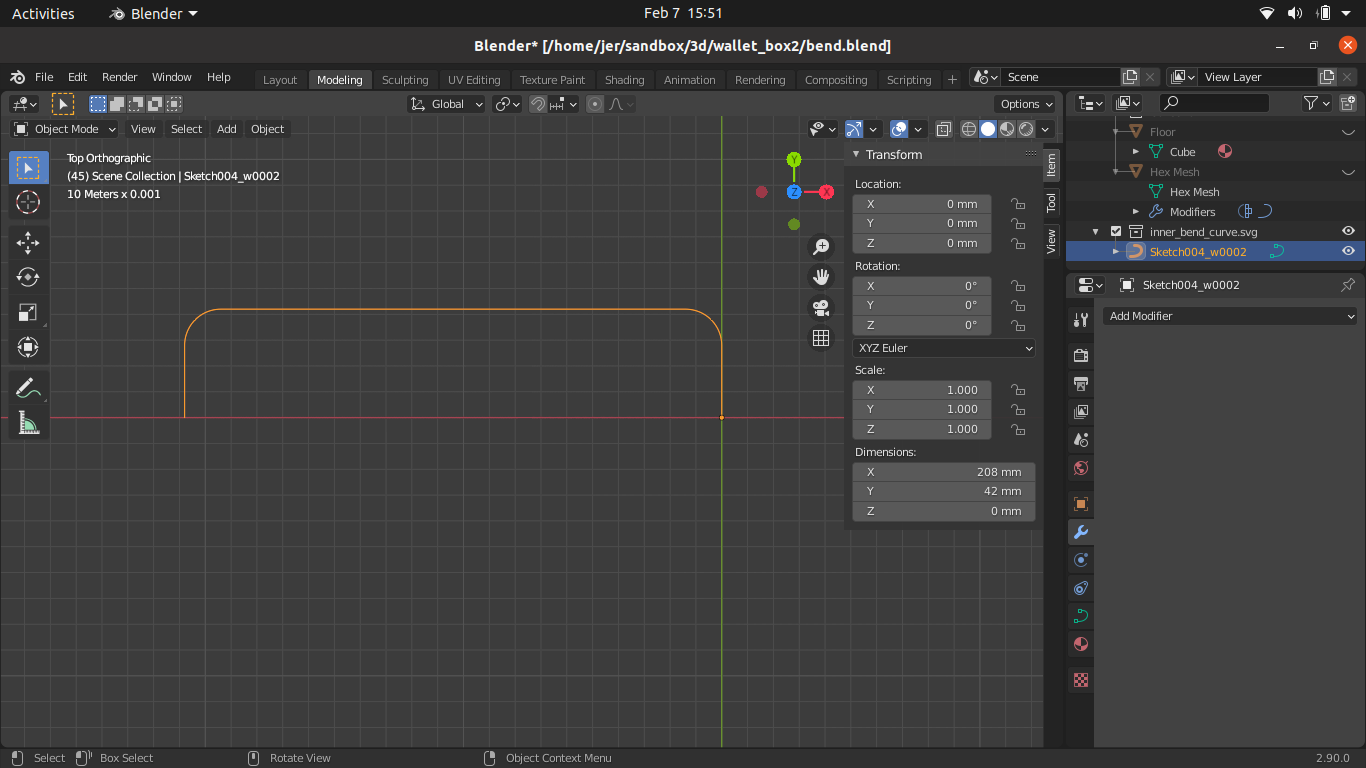 I've imported the hex_mesh.stl as an Object and the bend_curve_inner.svg as a Curve and then: 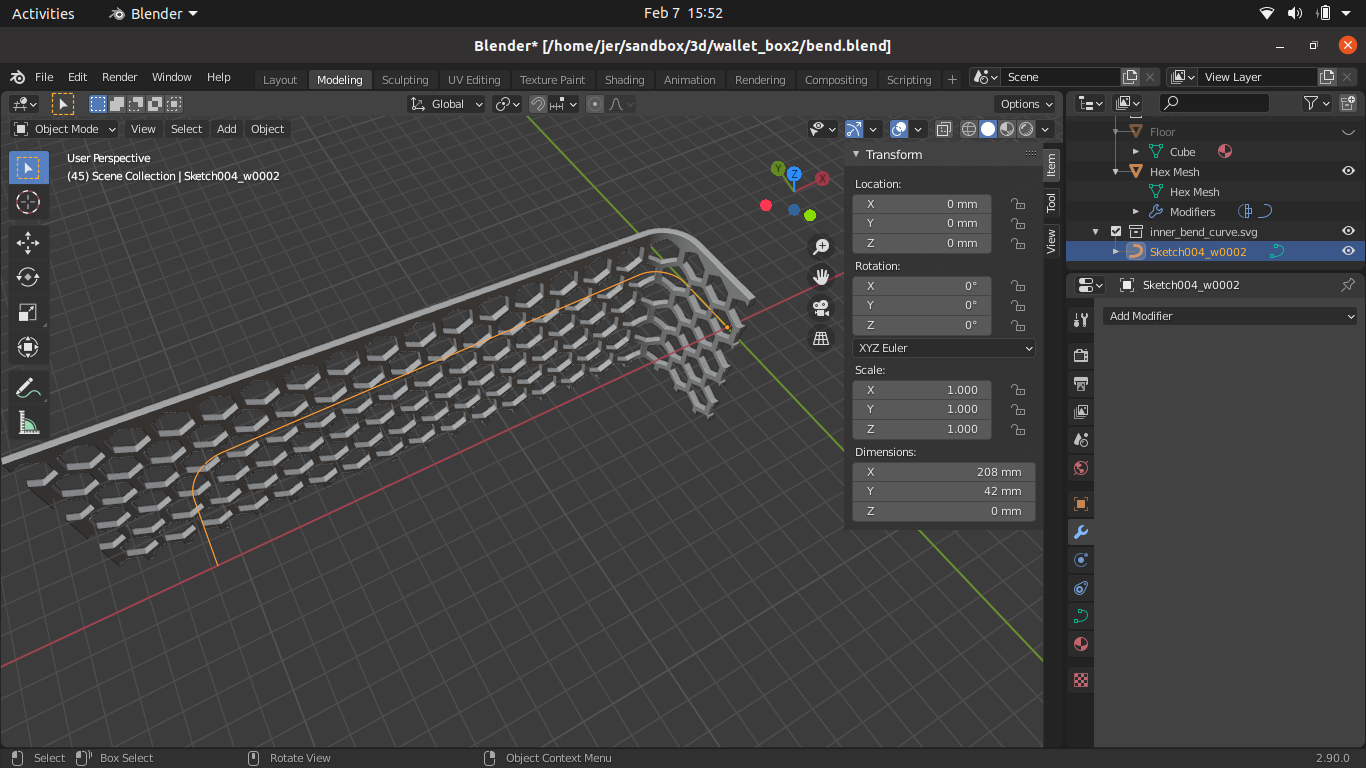 This curves correctly around the first bend, but then doesn't follow the straight line or bend around the other portion of the Curve. 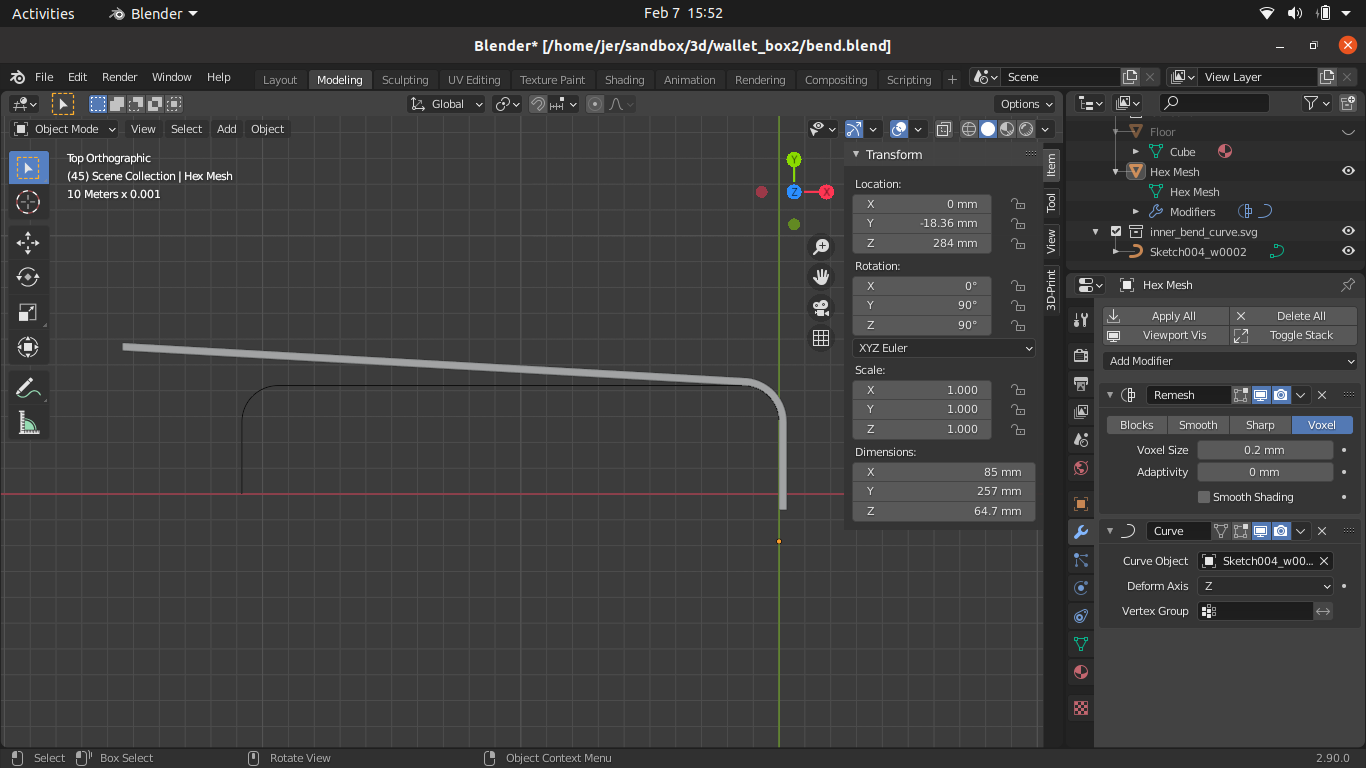 Can anyone explain why it's not following the geometry of the Curve? I've done similar operations before with more complicated curves, but can't figure out why this one isn't working.

Please let me know if you need more information, and thanks for any help!

More info in comments. Just for you before closing your question and because seeing my answer with A letter I was a bit confused with orientation again ... :) 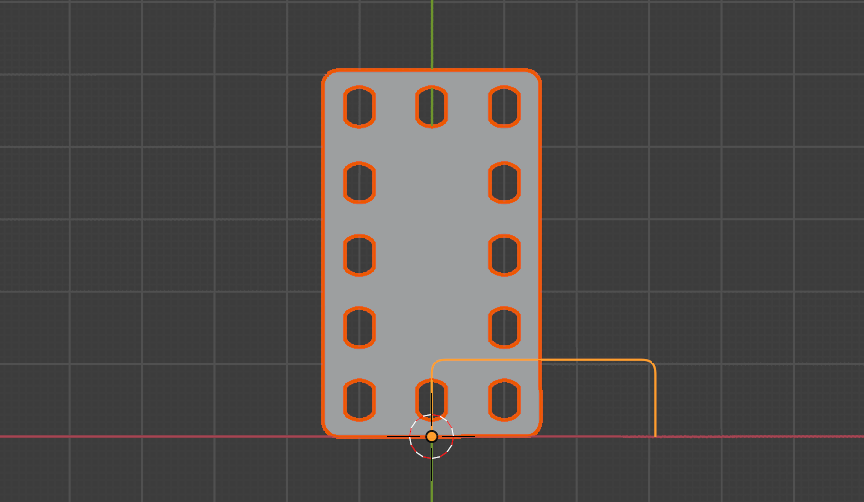 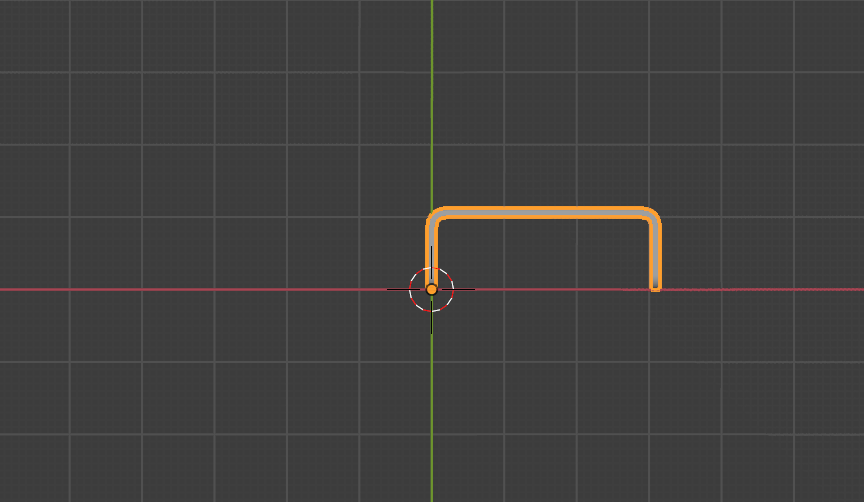 1
Mesh Repair, “Torn” Mesh with Holes, Shrinkwrap Modifier?
2
boat structure modeling - shape to curve along a surface
0
Can a mesh be used as a guide for hair?
1
Braided cord with curve and bevel curve
0
Making a necklace with the curve modifier