I made a nice-looking tile texture: 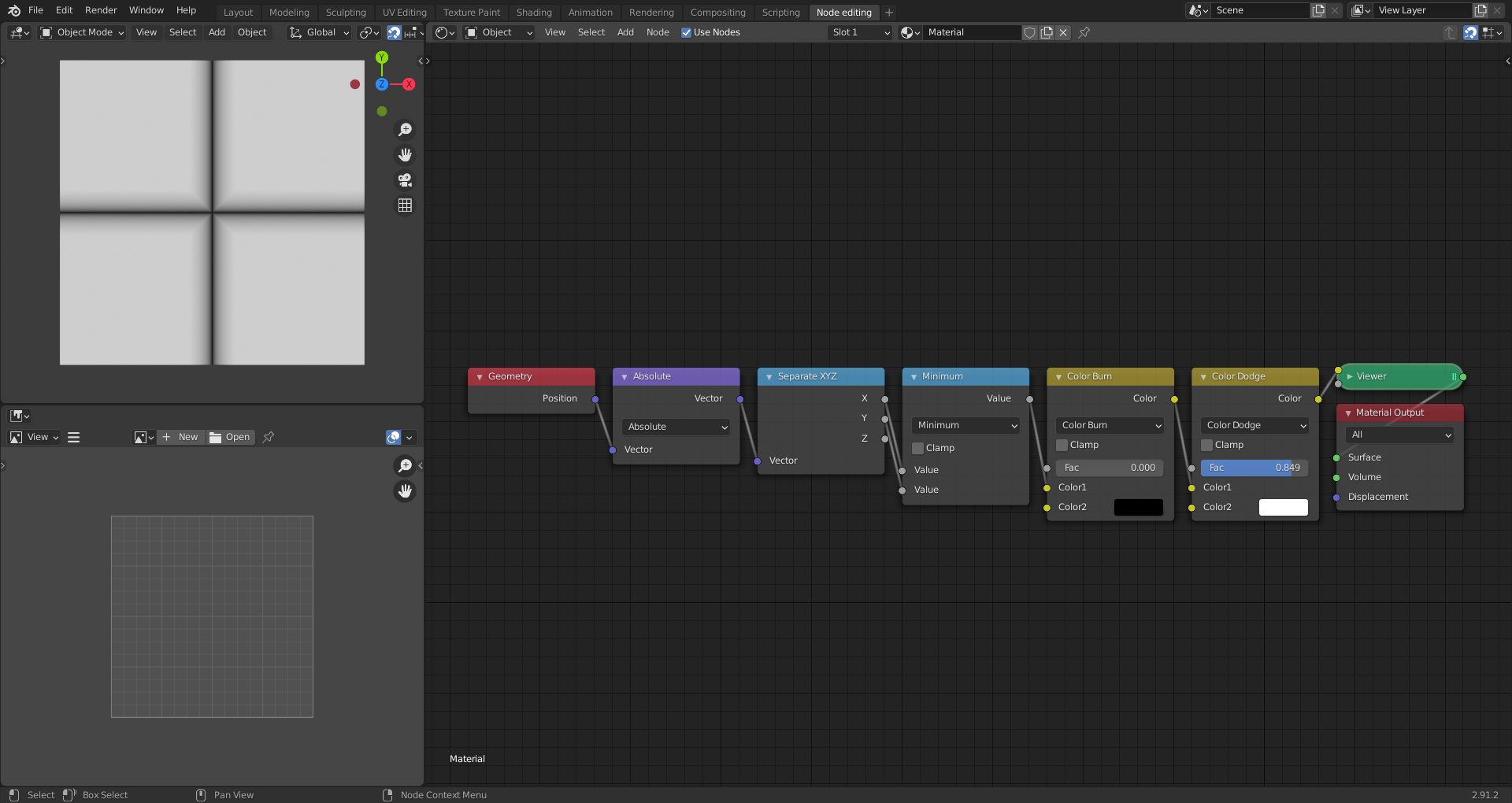 Now I want to repeat it on x and y axes. Is there any easy way to do it?

As others have suggested, you can achieve the effect you want for this specific pattern by changing the way you create the pattern (using a color ramp node). For this application that is probably best, however in general it may be useful to know how to tile generic coordinate systems.

The mathematical modulo function does exactly this. However, in Blender the modulo operator unfortunately doesn't work exactly like its proper mathematical counterpart for negative numbers*. Mathematically, the result of the modulo should always be positive, however Blender calculates the modulo of negative numbers to be the negative of their positive counterparts (i.e. if $x\geq 0$, $-x,y \text{ mod } y = -(x \text{ mod } y)$. To fix this I made a corrected modulo node which fixes this inversion for negative inputs.

Now we simply use this version of the modulo operation on our position coordinate system, with an offset to account for the desired $[-1,1]$ resultant range.

As Robin Betts mentioned, there is now a math option called wrap available in both the scalar and vector math nodes which both implements a mathematically correct modulo operation and allows for an offset shift. This then can be done with just one node added to your setup.

Several ways to do this. The first one, of course, setup the node. In the following nodes, i just replace the geometry node using gradient textures. 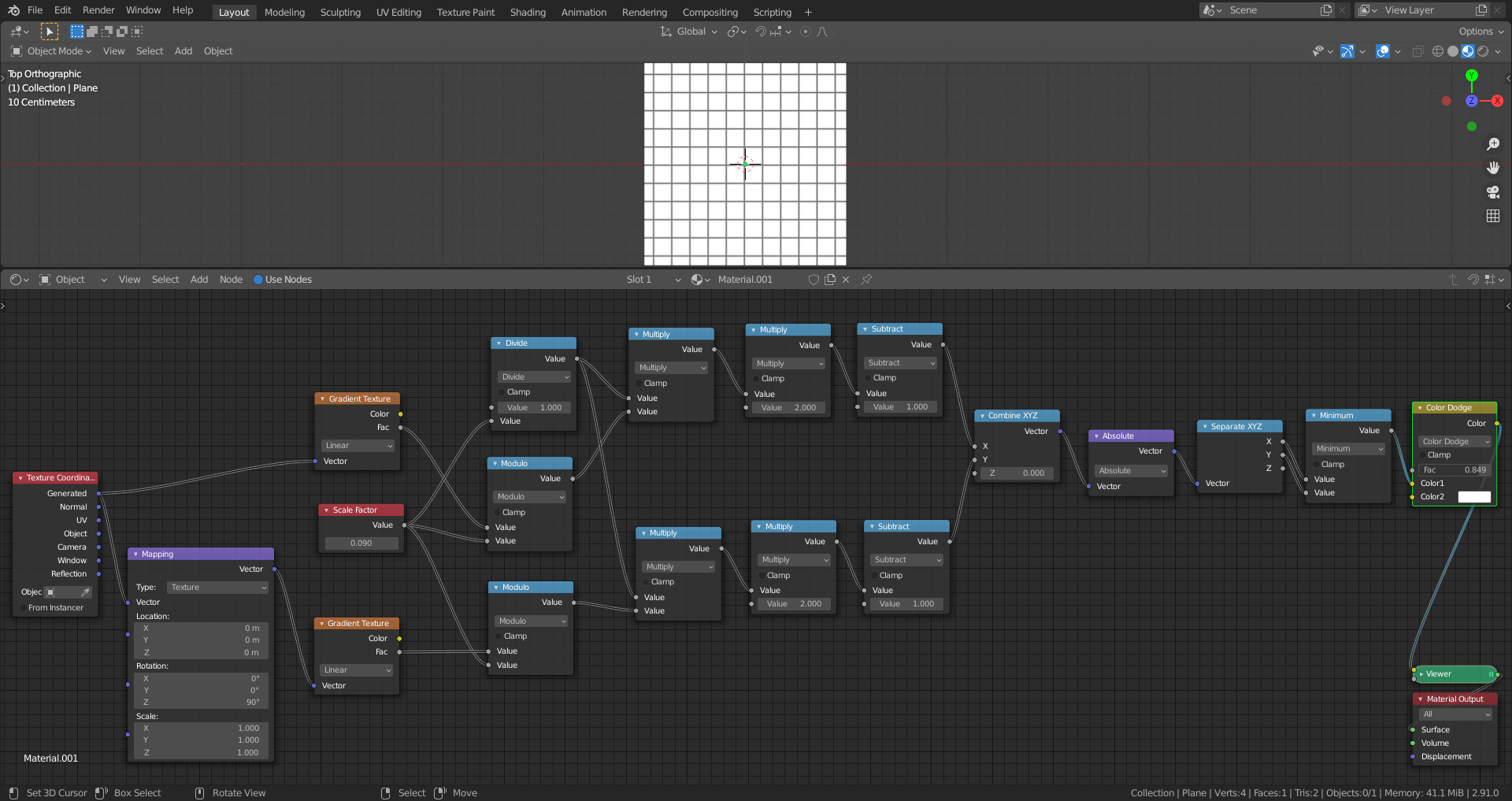 Maybe you think it's complicated. The second way you can do is to add array modifier. Noted that the position should be replaced by uv. 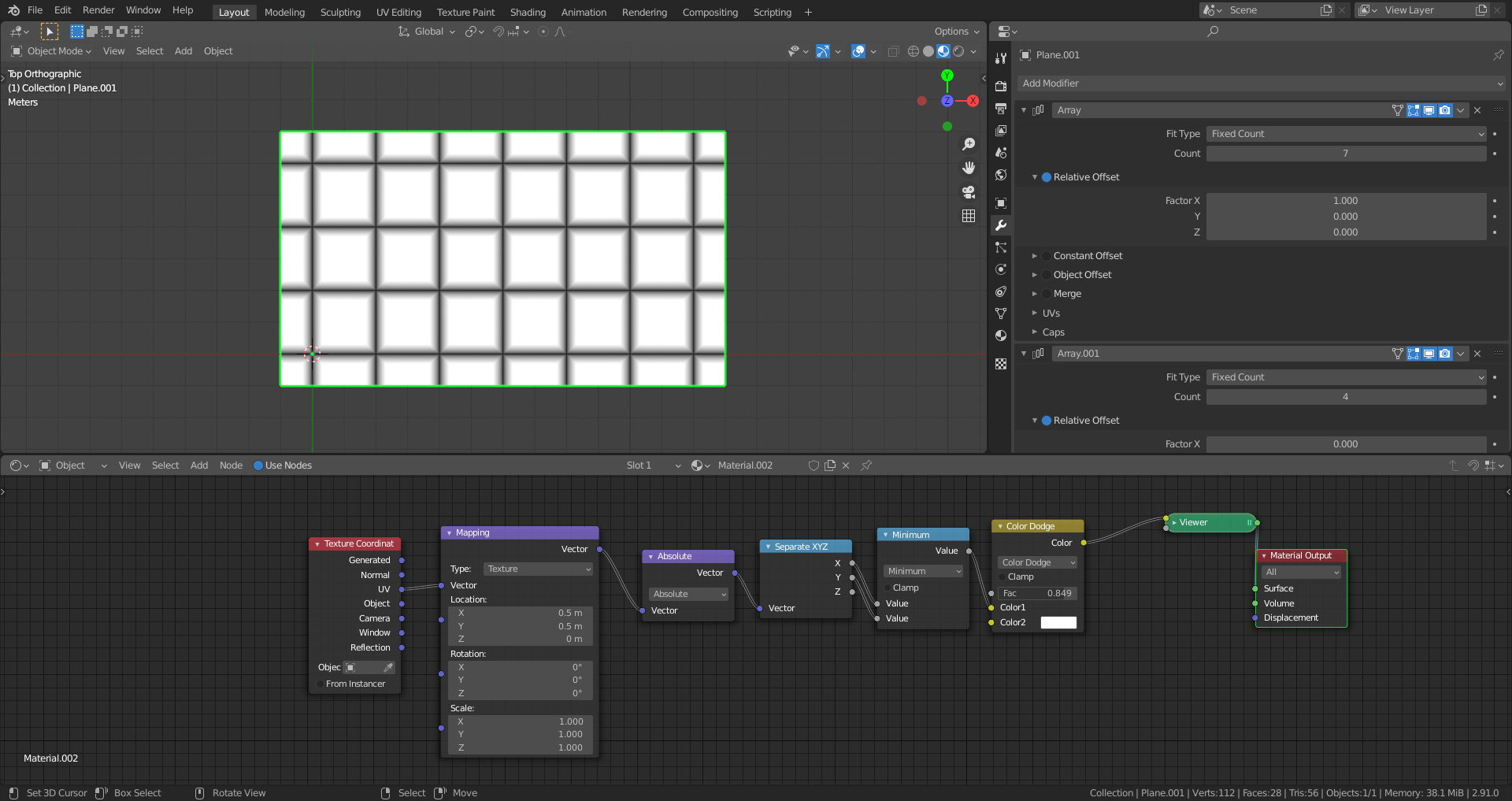 Edit: I found another way to simplify the node. This does exactly the same thing as the first method. 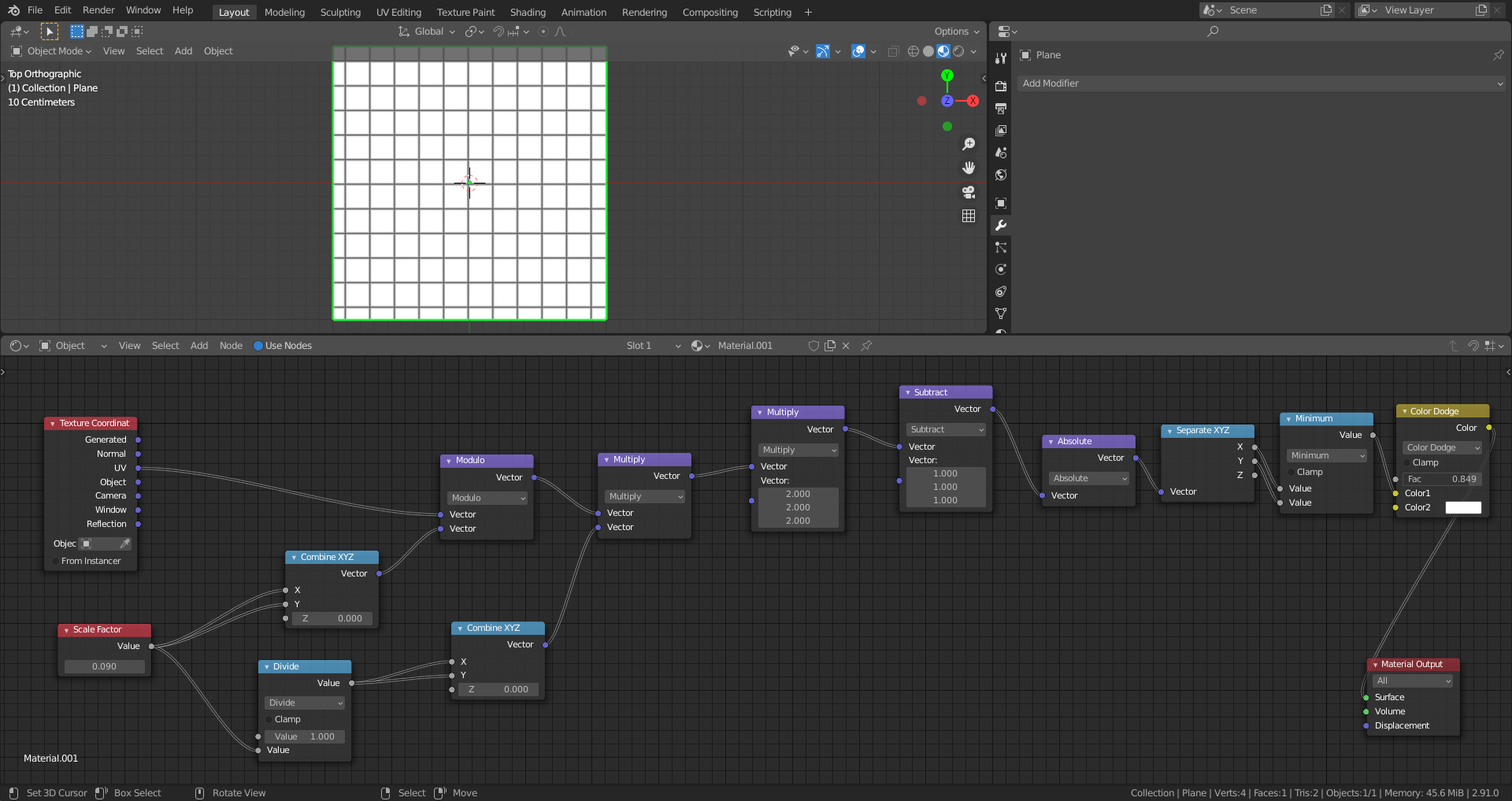 Did it after some research, thank you for responce. 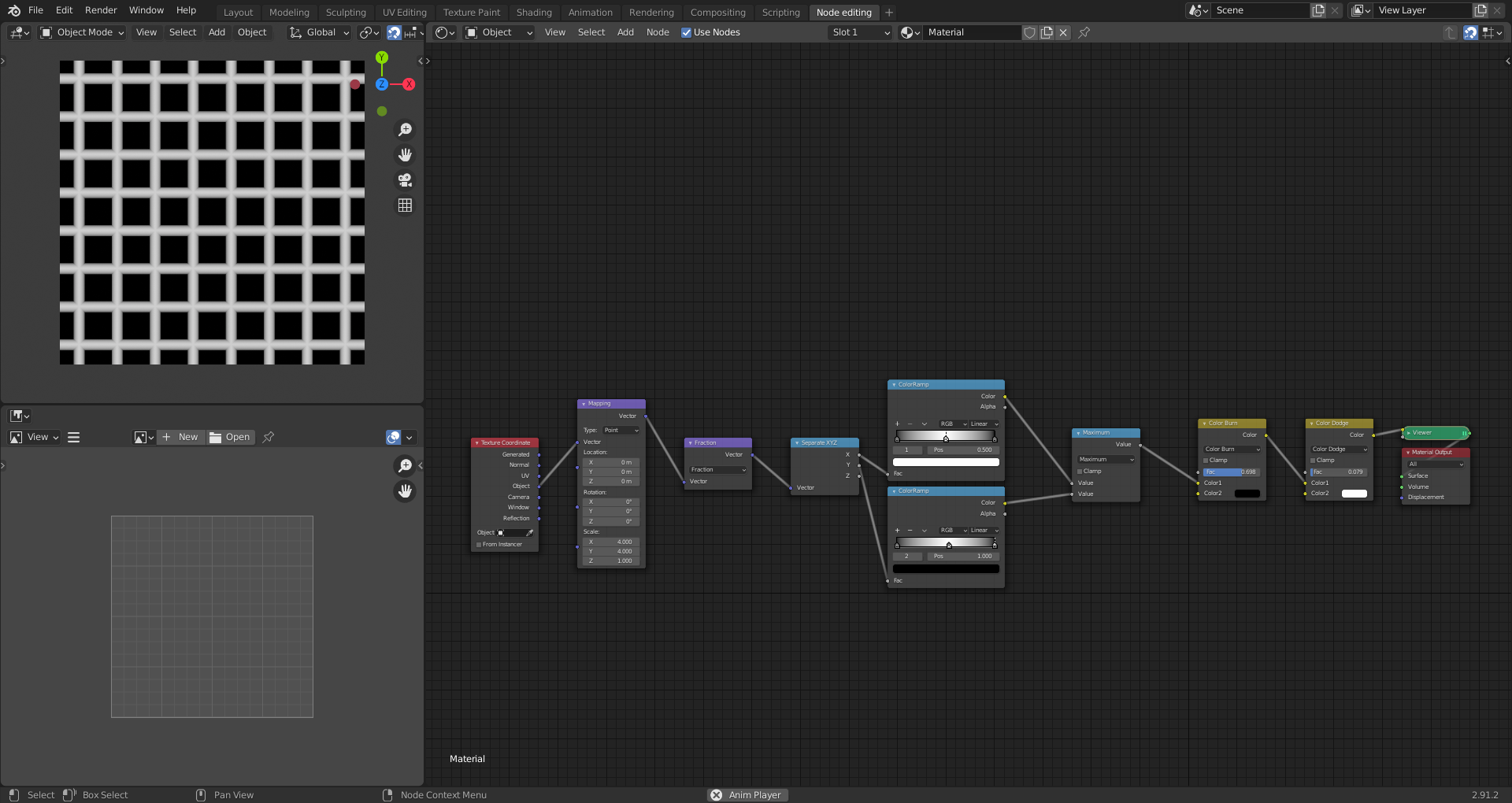 To make it repeat you need to make a UV map out of the mesh you are texturing, Then go to the UV editing tab and you scale the vertices up and down and then it should work.

58
How do I create repeating patterns with cycles' procedural textures
26
How to create a procedural chevron like texture/material?

7
Repeat a generated texture in Cycles?
1
what's the difference between 'repeat', 'extend' in image texture node?
1
Repeat texture in all directions using cycles nodes
7
How would I procedurally texture a marble tile floor without the texture spreading across every tile?
12
procedurally generated mold (fungus) using voronoi texture?
4
How to create a procedural galia melon material?
4
Does anyone know how to make a procedural random tile texture?
2
Tie camera location/view to texture appearance?