Zipper chain along the curve

I need zipper to go smoothly on the corner as on first picture, but it appears distorted when modelling. 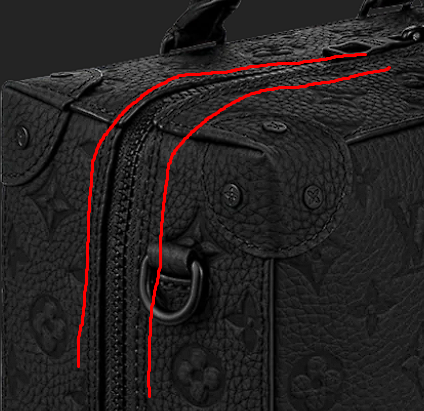 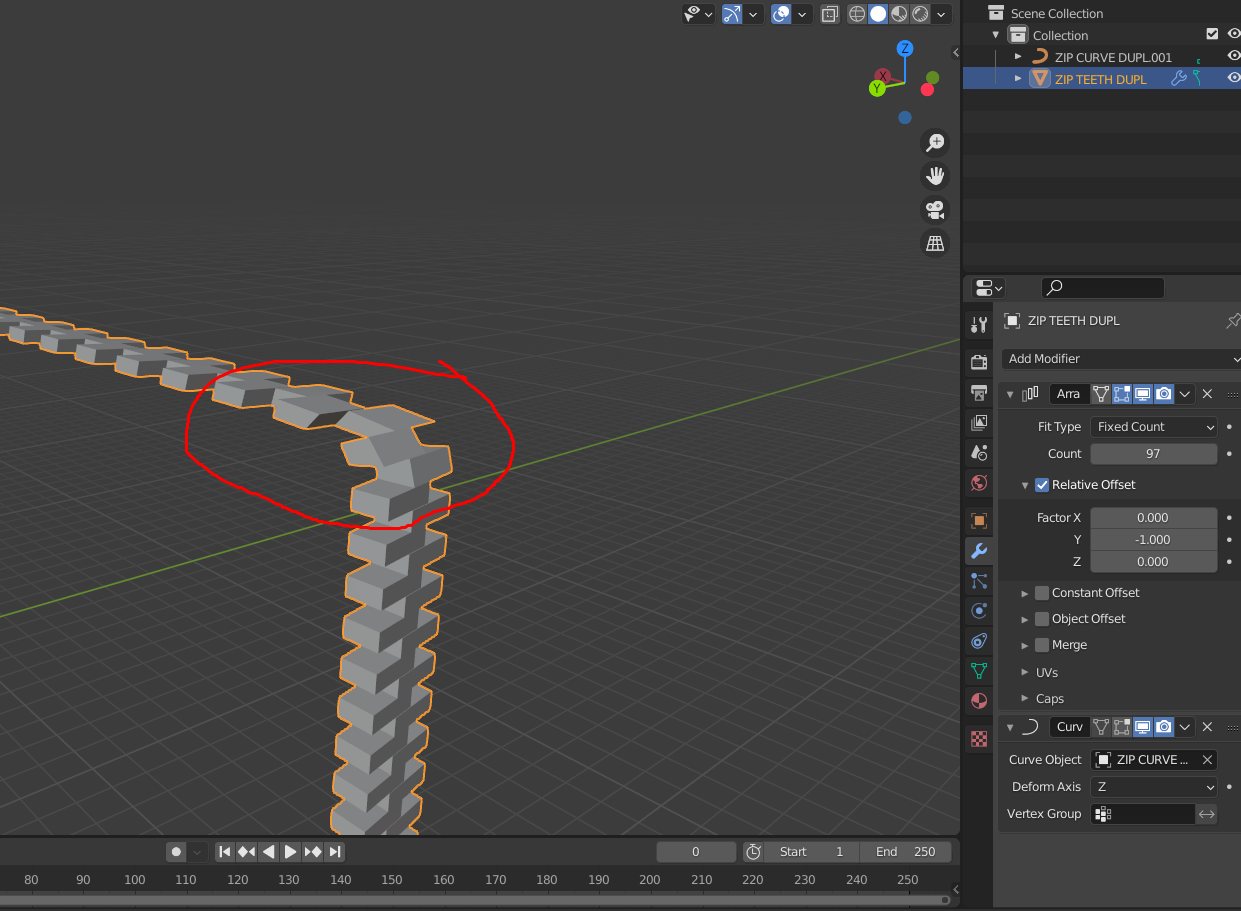 Is there any solution to this except of rotating teeth manually?

If you're stealing the curve from a part of the another object, (here, the suitcase,) apply the scale of that object before doing it.

In general, to array and curve in a way that's easier to get your head round:

Having done all that, you should get a result like the blue example below: 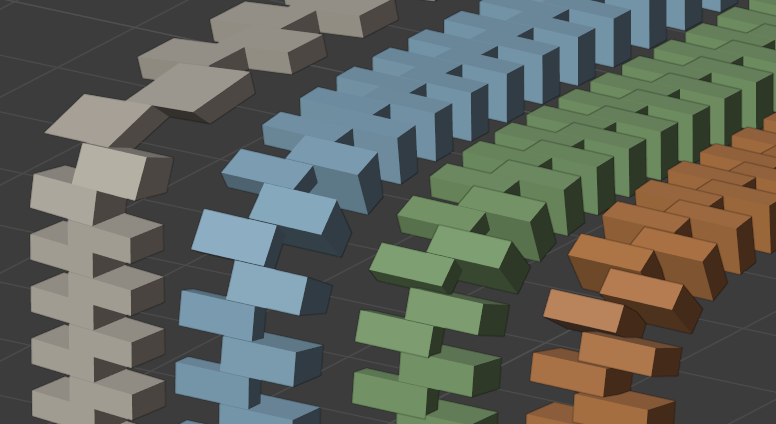 As you can see, there is still some wedge-deformation of the teeth as they go round the corner, but unless you're in extreme close-up, that should be good enough?

If you want to avoid all deformation of the teeth, you could use the method from this answer, (or numerous others on tank-tracks), and array a simple plane (which deforms), instead of the teeth, Then instance the teeth onto the plane-array's faces. The teeth won't deform. That's the green example.

However, you've modelled the teeth as a pair, and in the green example,that leaves a slightly odd gap between one pair and the next. So, you could instead model the teeth separately, and use the instancing method twice, (2 arrays), to get the red example.

2
2.8 Duplicates along curve but with animation
1
What is the key for the curve modifier to work properly?

3
Controling the speed of the tube animated with curve
1
How do you array a curve
3
Rig a pre-bent curve to smoothly unbend
3
Subdivide Surface Modifier messes up concave shape
1
Mesh distorted/stretched out with Array along curve
0
How to rotate/duplicate a curve around another curve object in 2.8?
1
Keeping array objects straight when duplicated along a 3D twisted curve in Blender 2.8
1
Assigning Array and Curve for a large number of curves