Render an object with a freestyle outline, ignoring objects made invisible by holdout

I have a view layer. A few collections have holdout enabled, as I wish to mask out the area they occupy. However, freestyle outlines sections that shouldn't be visible

Essentially, if I have the setup with the two cubes, with one with holdout enabled, 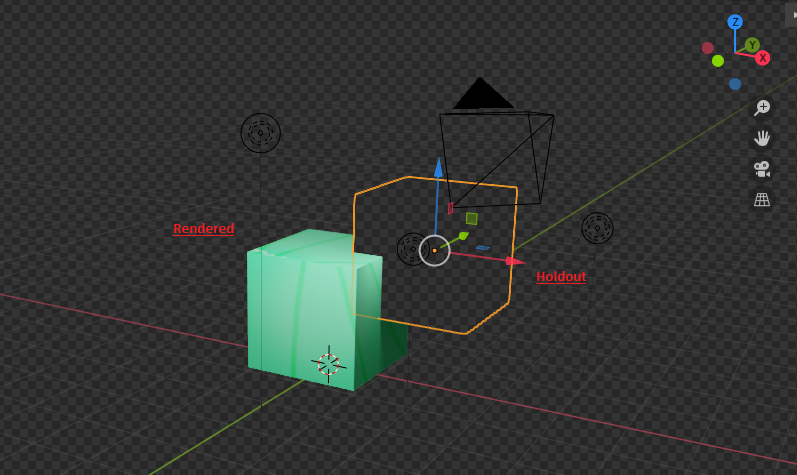 How do I prevent the masked segments from having lines? 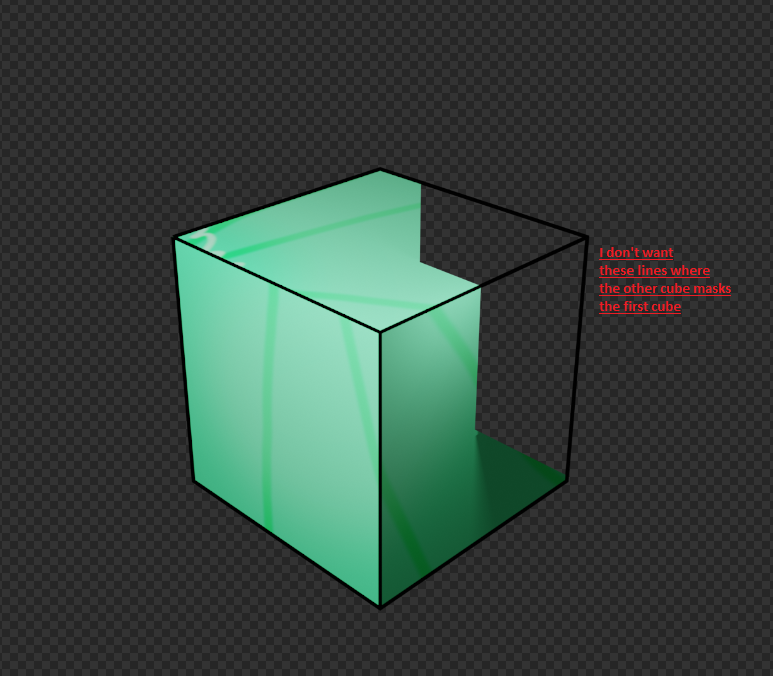 This is a known limitation: freestyle not influenced by holdout collections.

If you set Holdout as shader material to an object, it works:

Except, one line is missing. This is because majority of the line is hidden. If majority was in front, the entire line would be visible (well, unless the line is cut by another line):

This is also a limitation of Freestyle: Freestyle with occluded objects - freestyle lines bleed into hidden regions. The solution is increasing the geometry (effectively dividing the line into many segments).

If there's too many objects to go for that, you can create a new View Layer, in old View layer disable the holdout collection by clicking on the check-mark icon

, while in new layer make the base collection (the one that should be visible), as the holdout layer. This way on the 2nd view layer what's visible is what you want to cut from the first view layer, which you set in a compositor like this: 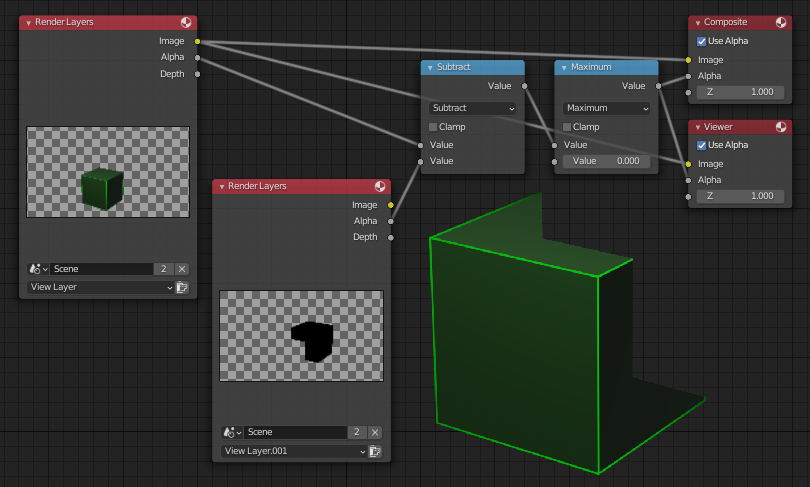 2
Mask an Image Using Freestyle Lines
2
Why the inner edge line segments are drawn in freestyle render output
3
During render can I render freestyle lines, then re-insert them back into the scene so other objects may interact with them during their rendering?
0
freestyle not rendering open ends
6
Is freestyle Render in Viewport in v2.8x bugged?
0
Masking in different scenes