How to make a moving emission shader?

How can I have a part of an object be an emission shader and then have the emission move up the object ans start at the bottom again?

Try something like this. All I did was separate the Z value of the object's vector, and run it through a Wave texture (scaled really small so it's a single band), and then control it's size even further with a ColorRamp, and it's position with a Mapping Node.

To change the position of the ring (in realtime), I used a Value Node with the value set to #frame (just type it in the box) - this makes the value change with the frame number when you animate. To control the up/down motion of the ring, I used a Math Node set to sine, as it will return a value that cycles between -1 and 1 as the input (frame number) increases. I connected this to the location input of the mapping node (which only affects the Z axis, due to the separation of axes beforehand).

The other math nodes that are there are to slow down the speed of the up down motion (Divide), and to change it's up and down range (Multiply) - you may need to adjust these values based on your preference and/or the size of your object.

Lastly I used this "moving ring" as a mask between my normal material and an Emission Shader: 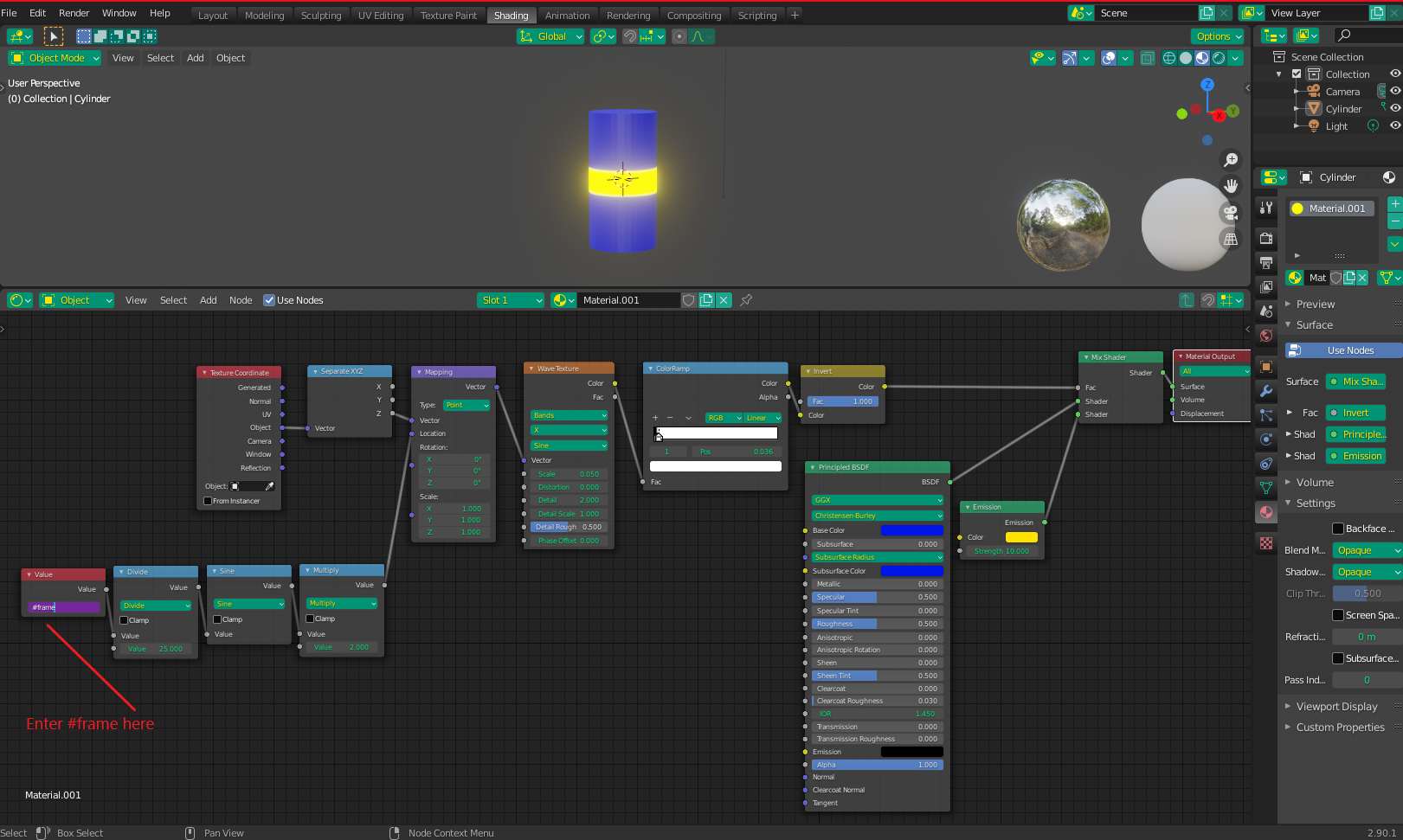 Not the answer you're looking for? Browse other questions tagged shaders emission or ask your own question.

8
Emission shader color saturation clipping
0
How to make a Emission shader RECEIVE shadows?
2
Emission shader on large object is black in Cycles?
0
Why does Emission shader dilute colors? EEVEE
0
Texture Mapping Not Moving with Model?
0
Artifacts in render preview after adding emission/volume scatter shader to world output volume
1
How can I make a light trail without using particles?
6
How to make a shader that applies this effect to each face of a cube?