How to a create a slate roof tile with rough edges?

I'm looking for the best way to achieve a slate roof tile effect in cycles like the attached photo. I'm not looking to create a roof like this just a single panel/tile.

To create the rough edges, I've tried subdividing a plane, selecting the outer faces, and applying a Voronoi texture displacement modifier, but I don't seem to be getting anywhere close!

My attempt so far: 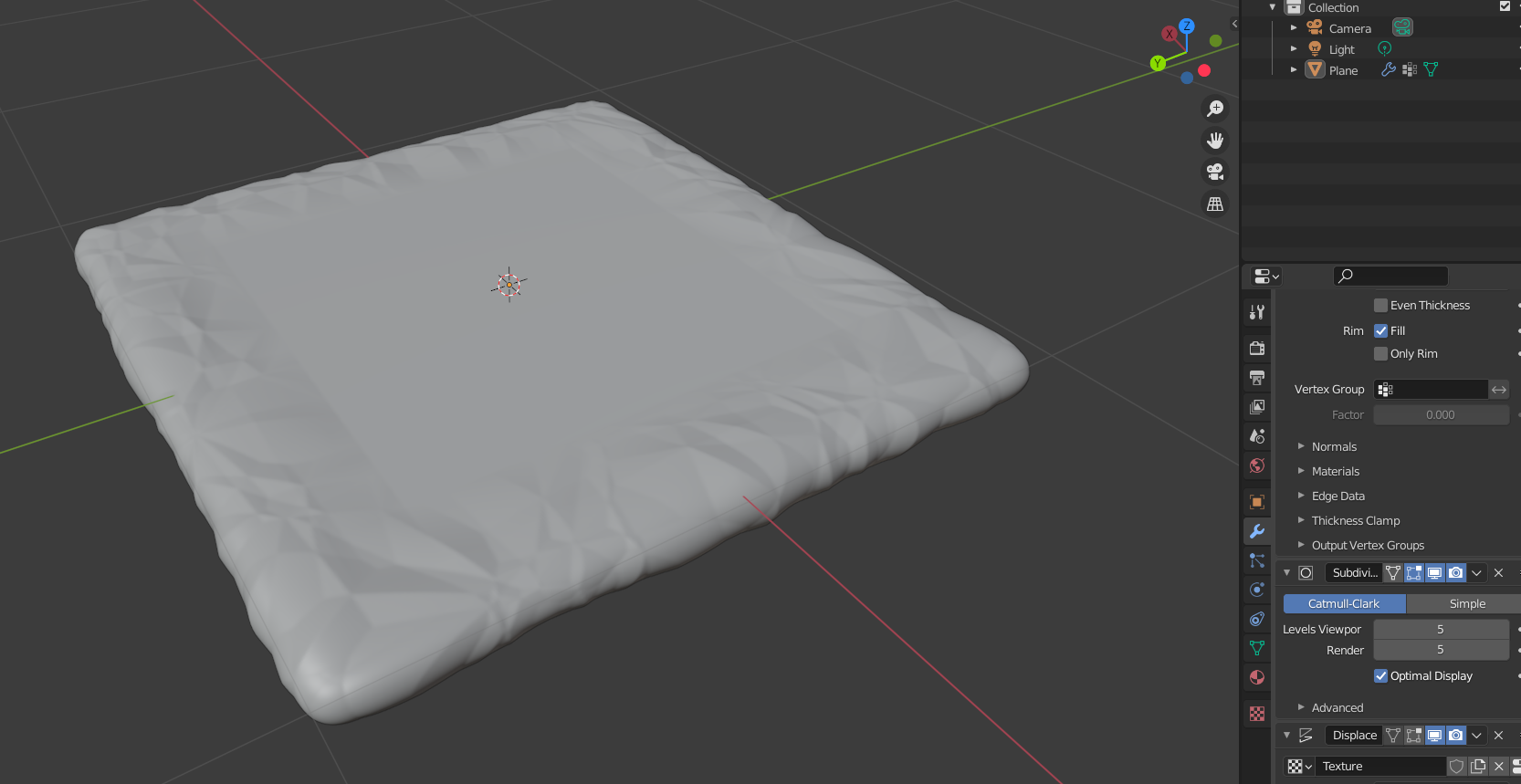 What I'm looking to achieve! 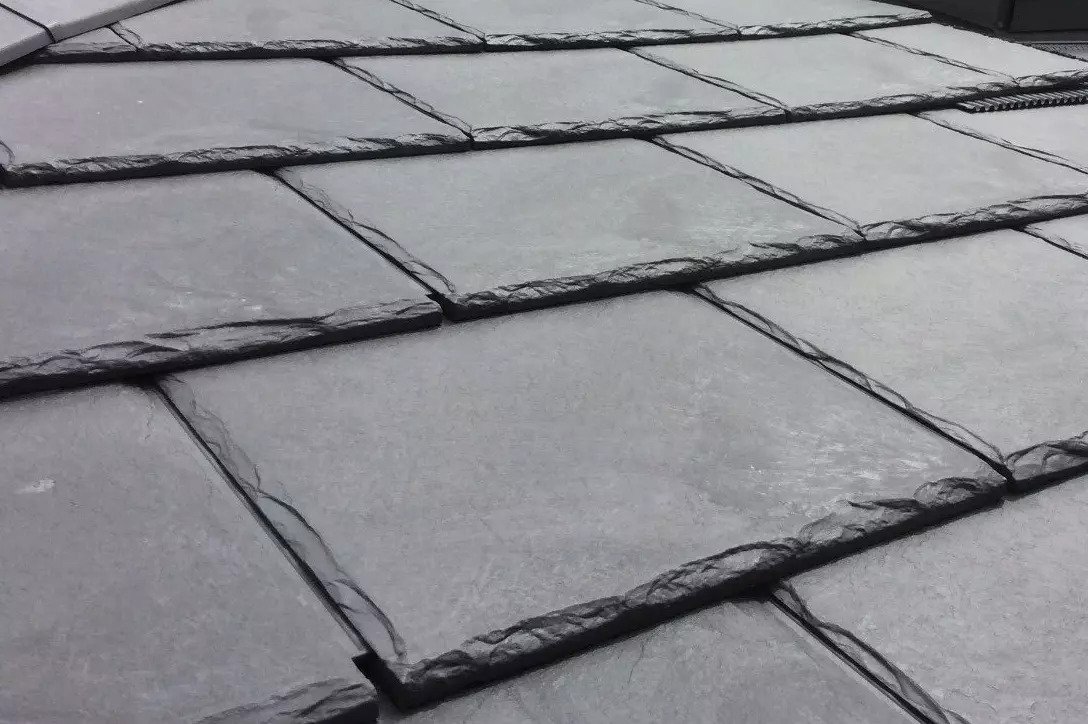 I would solve the problem with microdisplacement. I think you're in the ballpark.

My model is a cube that I scaled down on the Z axis and gave some loop cuts to.

Then I grabbed the top and bottom outer edge (in edge select mode) and beveled with a couple divisions.

And that's it, slap some adaptive subdivision on there and head to the node editor. Set your object's material to Displacement and Bump. 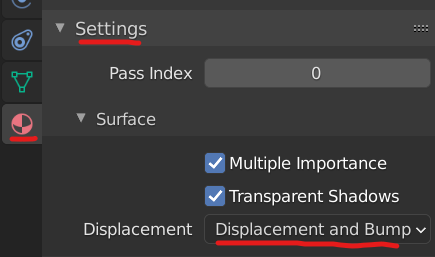 In the shader editor, you can use a Vector Math node to multiply the object coordinates by itself a couple of times and then run that output through a Gradient Texture set to Spherical to generate this interesting output. 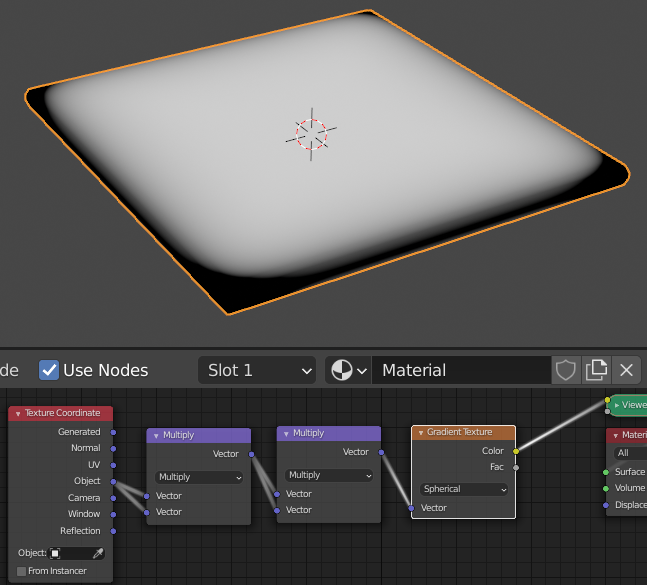 You can use a Color Ramp here to define the cutoff between the jagged edge and the smooth plane. For whatever reason I used an Invert node here, but you can just flip the Color Ramp around. 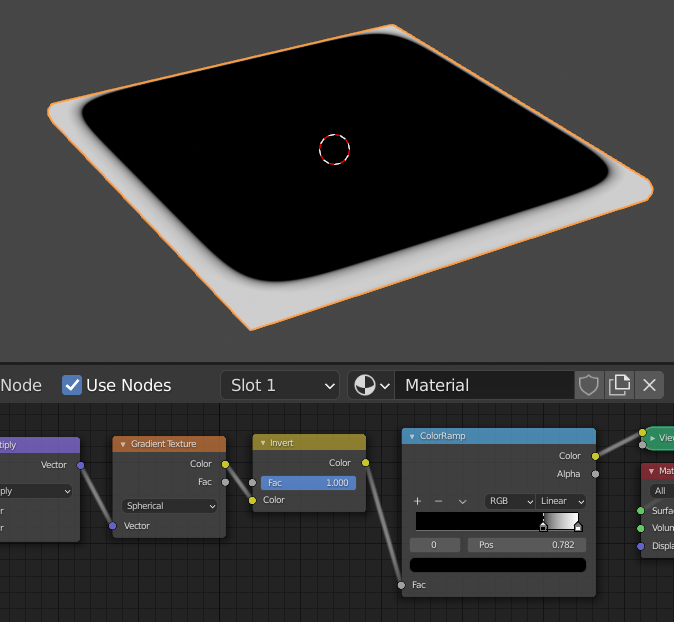 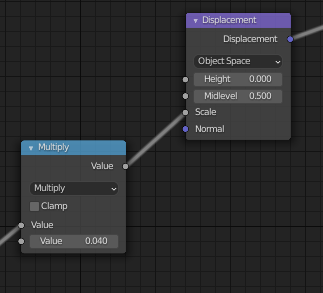 Now grab some fresh coordinates and start with a Voronoi texture as you first suspected. I've used a Mapping node to squish it on the Z axis which I think is more accurate to the reference. If you plug this into the height input, and plug the Displacement node into the Material Output we get immediate results because we've already set up our scale. 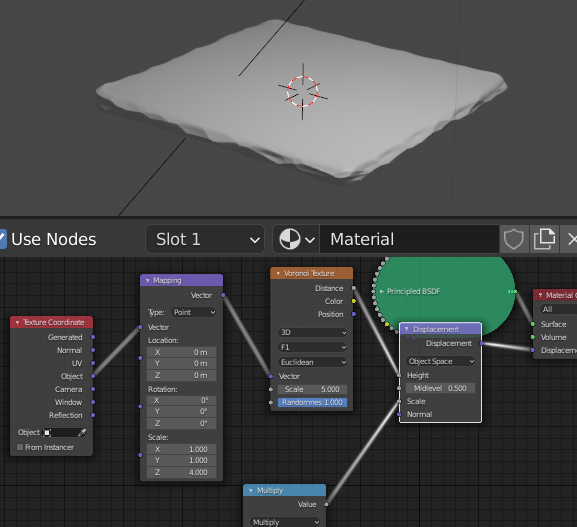 With some adjustment to the Color Ramp from before, the scale of the texture, and the Midlevel of the Displacement node, maybe this is enough for what you need.

The thing to know to actually use this is that since we're using Object Coordinates if you need to scale the object and Apply Scale, you have to go into the shader editor and make an inverse change to the Mapping nodes. This is kind of an annoyance and a failing on my end because I gave up on making this work with generated coordinates.

For example, if you've scaled this model on the X axis, you also need to decrease the scale of the X axis on the bottom Mapping node. Here's a view of how our change in the Mapping node is represented in rendered view. (This does get fiddly and again I apologize.) 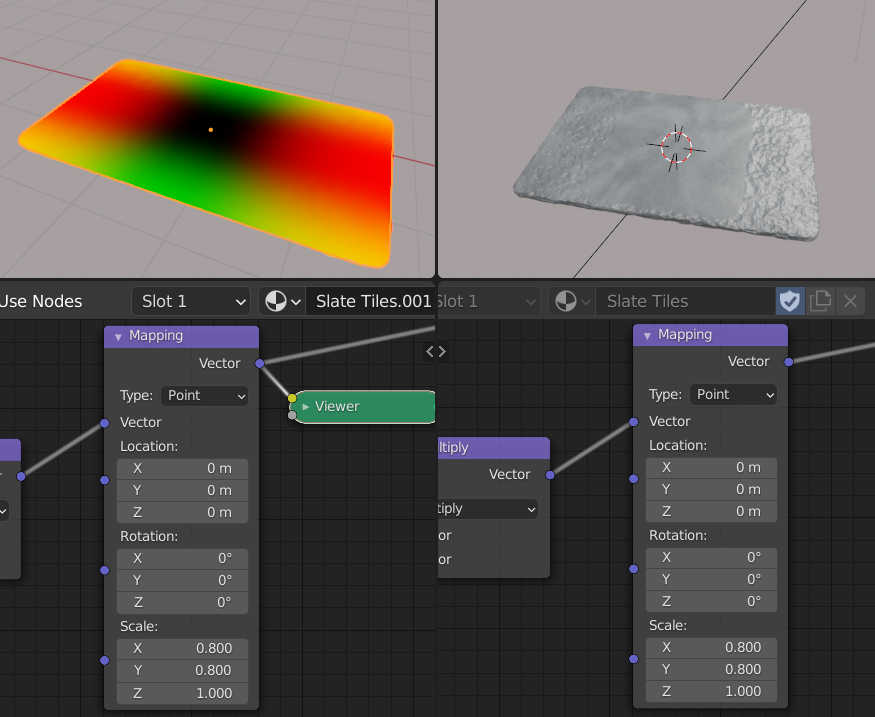 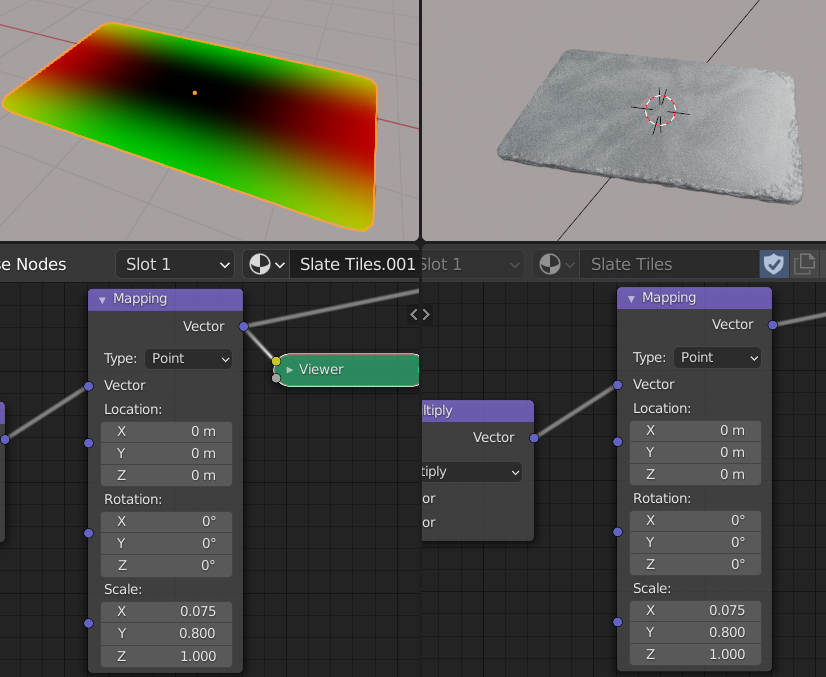 You can, of course, go much further than this.

Around here you start getting some good results. 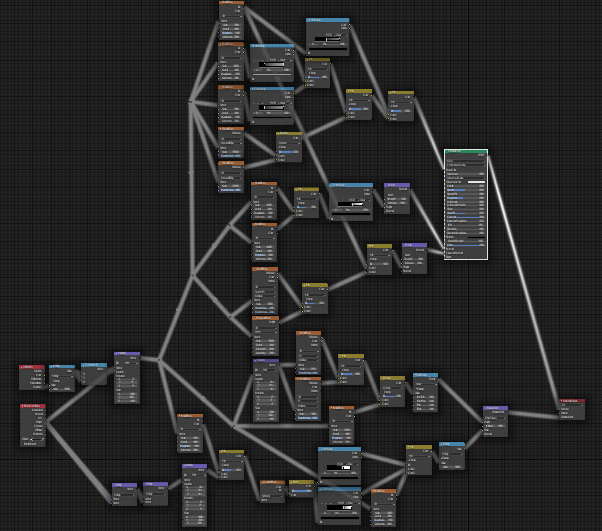 This is what this crazy graph looks like set to Bump Only. 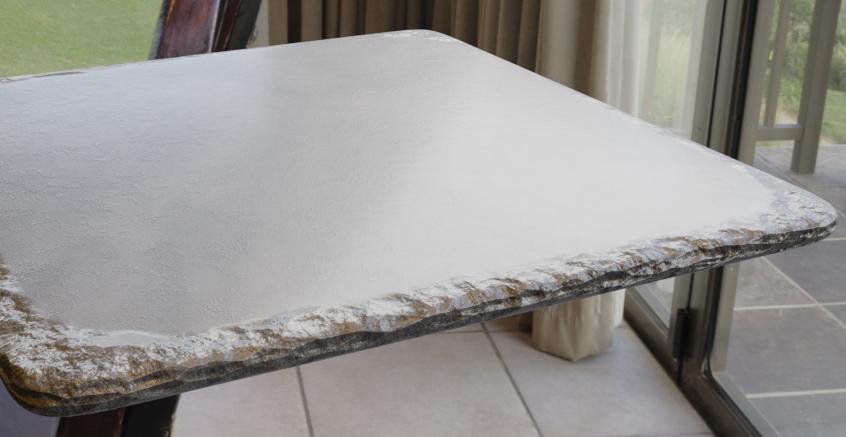 And here's a showcase with displacement and RTX ON. 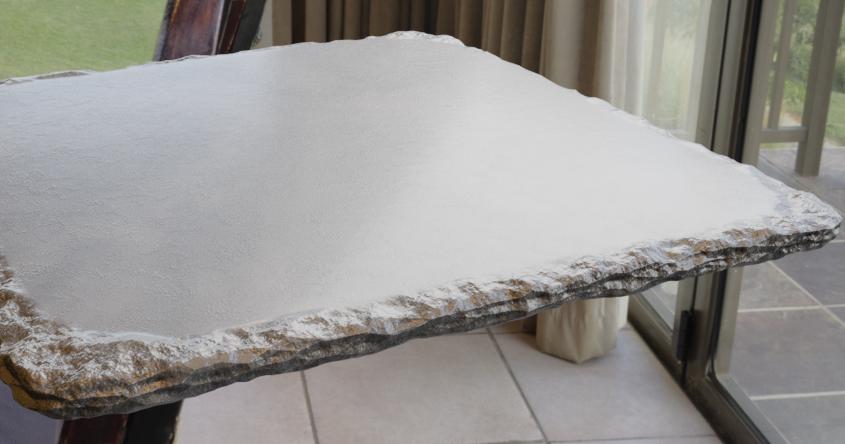 Every instance of the object is slightly different. 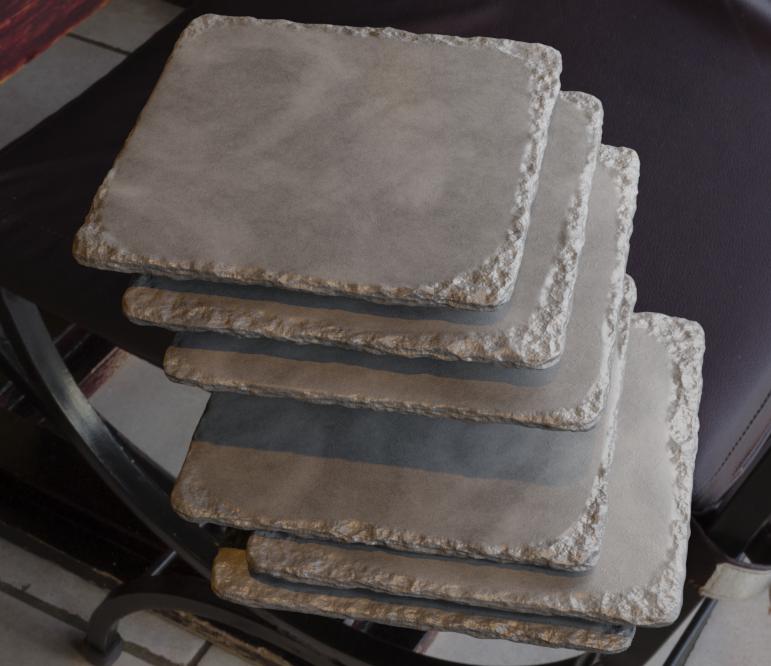 Microtexture in the Bump layer. 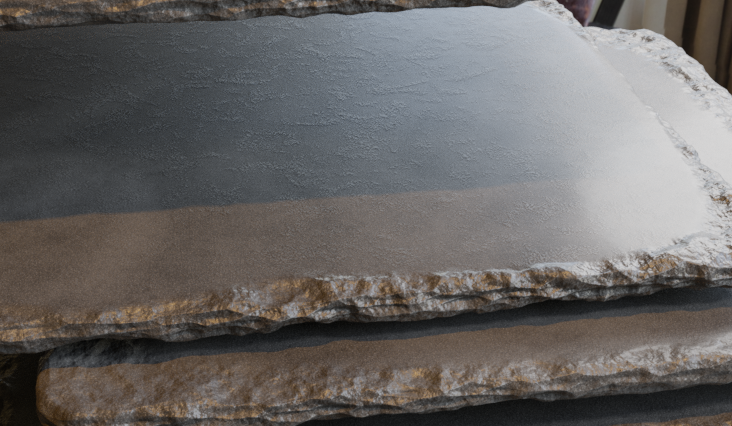 Not the answer you're looking for? Browse other questions tagged modeling cycles-render-engine texturing materials or ask your own question.

8
How to create proper displacement for weld joints?
11
Simple parquetry tiling
9
How to create iridescent glossy tile material?
5
Irregular shapes texture
0
Displace modifier with black and white texture has sloping edges
0
soft light reflections
2
How do I create a Jacquard-Textile with an unrepetitive pattern?
2
How to create quad-sphere with evenly spaced edges?