How can you render backfaces depending on whether the camera can see them?

I have a scene where I'm using a geometry node's backfaces input to mix two shaders. I like the fact that the camera can only see the inside walls of my object (as it is rendering backwards normals), but there are a few issues. 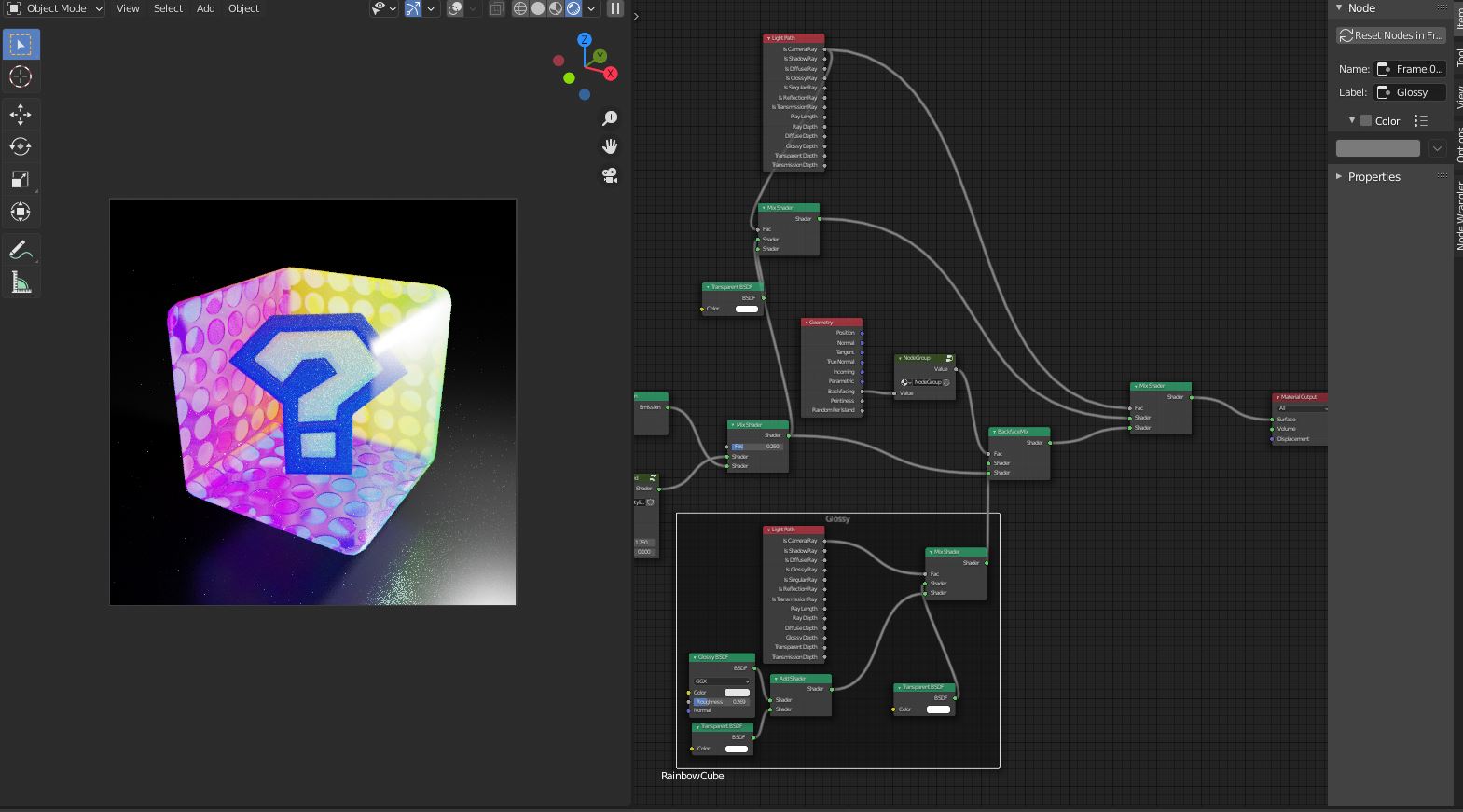 The main problem I need to solve now is the fact that the backfaces of the faces closest to the camera are rendering and casting a shadow on the object in the center of the cube. 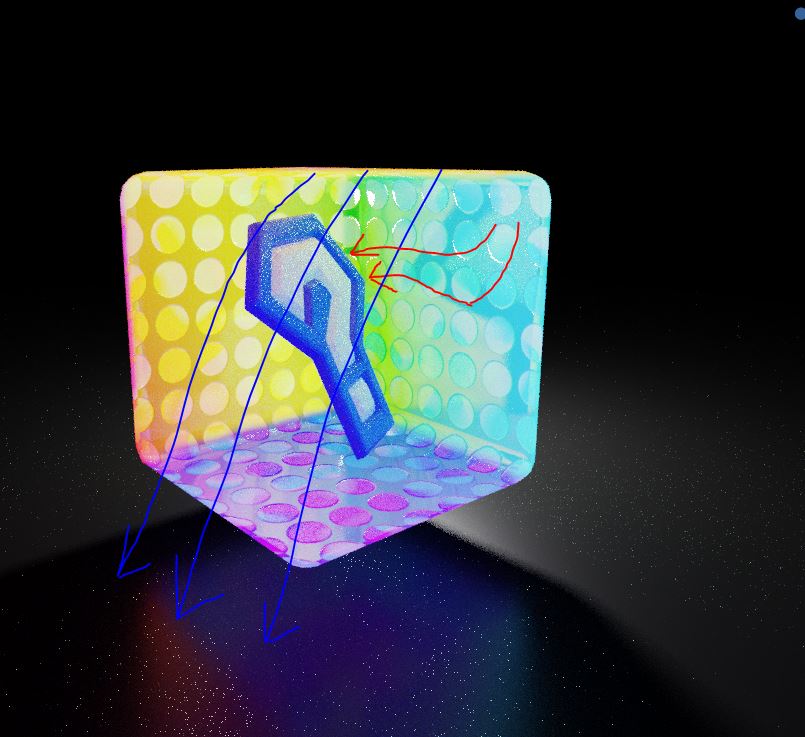 The red arrows in the second pic show the light coming from the part the camera can't see reflect on the center object. The blue arrows show what actually creates the reflection of the cube sense the backfaces of what the camera CAN see are transparent. Although in the image, the bottom of the cube is being reflected due to my node work-around. I still would like to make it so the backfaces of the faces being deemed transparent to not render. Any help is appreciated!

Okay... I plugged in the camera data node's view distance socket and the light path node's ray length socket into a math node set to compare. The epsilon value is set to .2. I achieved an effect that is good enough, but still not perfect. The transmission, reflections, and light on the floor is correct, although the inside backfaces still cast a shadow+reflect teal light on the question mark. If anyone can help with that, it'd be perfect, but otherwise I'll probably close this question soon.

Not the answer you're looking for? Browse other questions tagged materials node-editor shaders camera normals or ask your own question.

8
Backfaces give strange results with Fresnel Node in Cycles
3
Normal direction screwing up rendering in blender/UE4 but not keyshot?
0
Normals shows up as single while they should be double
4
Shader that is only visible when the face normal points up
1
How to render depth or surface Normal maps that properly reflect details of 3D shapes while respecting the nature of materials (transparency/glass)?
3
How to apply two different materials in Blender Internal on front faces and back faces, *while involving transparency*
1
How do we assign a second material to selected faces in 2.8?
0
Face Normals display not showing