How to move selected object exactly towards/away from the camera origin?

I'm new to Blender and dabbling with camera-matching techniques to manually reconstruct a 3D mesh by matching up several static images (from an old game I love). As a first step, I'm trying to figure out how Blender's "Align to view" feature works, and having trouble.

First I added a Camera and entered "Camera view", and used shift + right click to place a 3D cursor somewhere in front of the camera. See screenshot - the left pane is the camera view and the right pane is another view from the side: 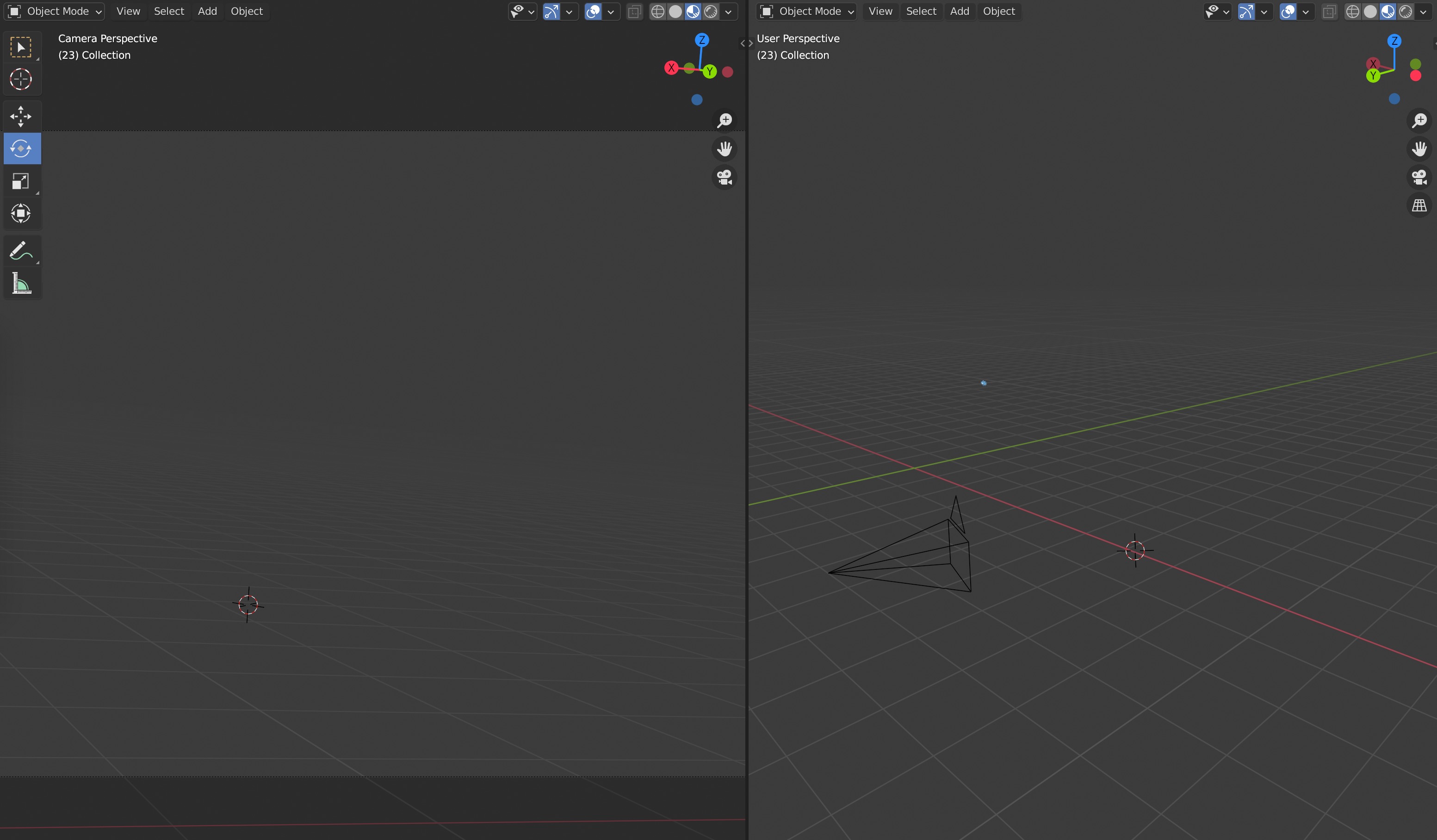 Then I clicked Add -> Empty -> Plain axes (the simplest movable object I can think of) and selected "Align to view": 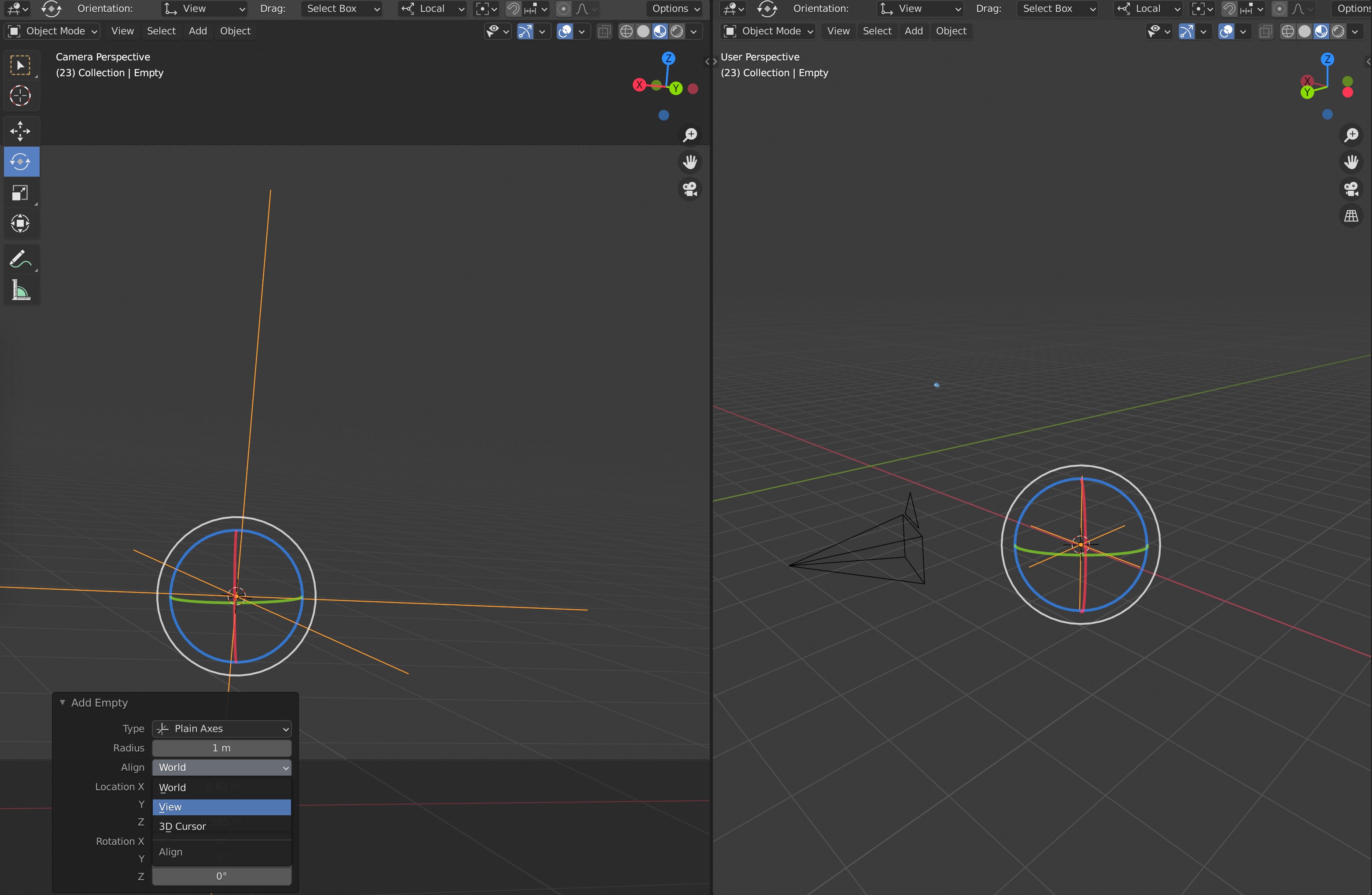 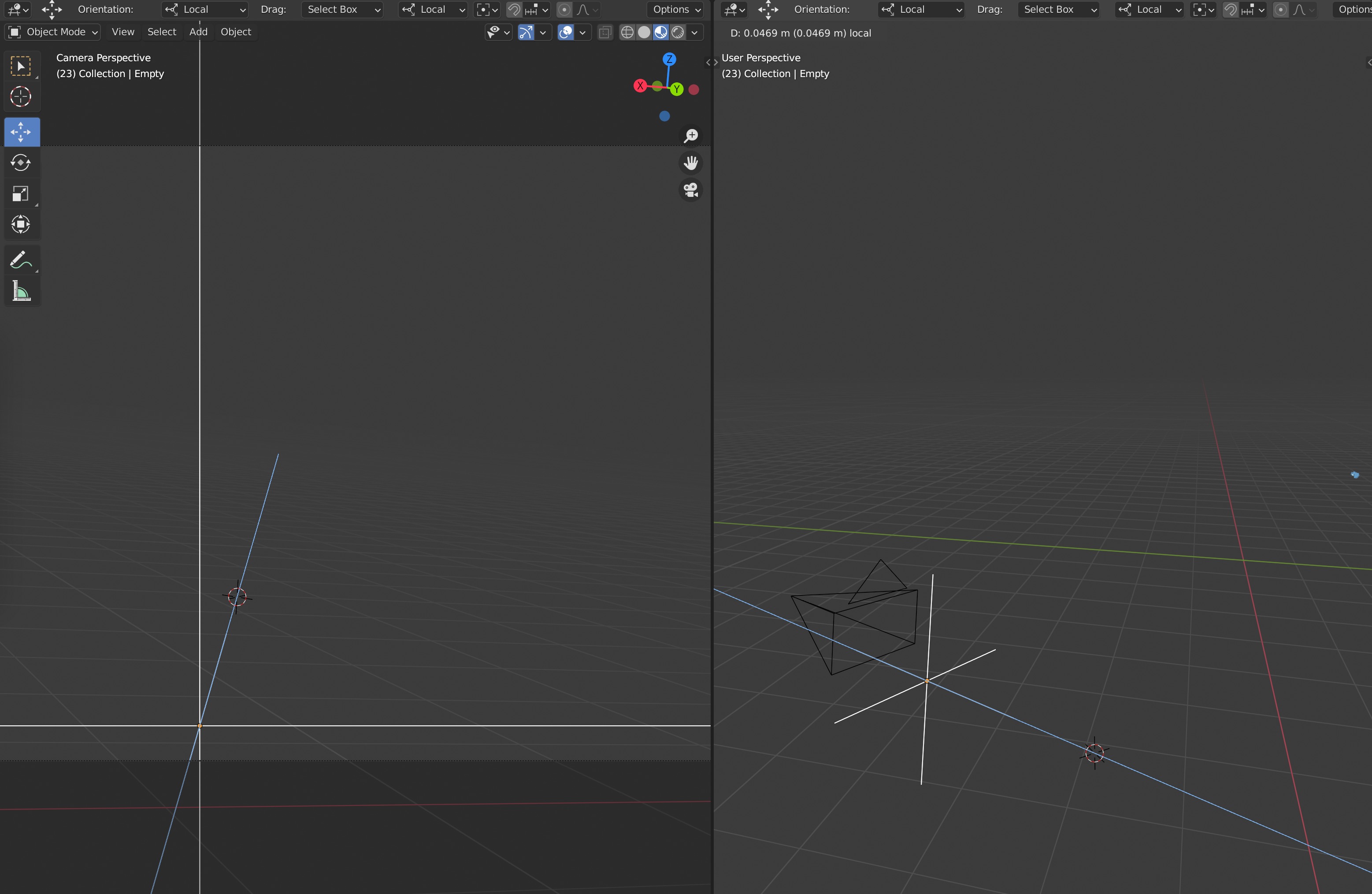 I also tried setting the 3D cursor to the camera (ie. the very back point of the camera) and then aligning the object to the cursor, but this seemed to have the same result: the object's Z axis was perpendicular to the camera "lens plane", rather than pointing at the cursor itself.

What I want is to align an object's axis to point exactly to the back tip of the camera (or to the 3D cursor), so that I can move the object along the Z axis without it changing position from the camera's perspective. How can I accomplish this?

I remember playing around with this on an older version of Blender in 2016, and got it to work without trouble, but Blender's UI has changed a lot since then. Note: I'm now on Blender 2.91.2 on a Mac, if it matters.

if i understood you right, you want to change the axis from global to local. 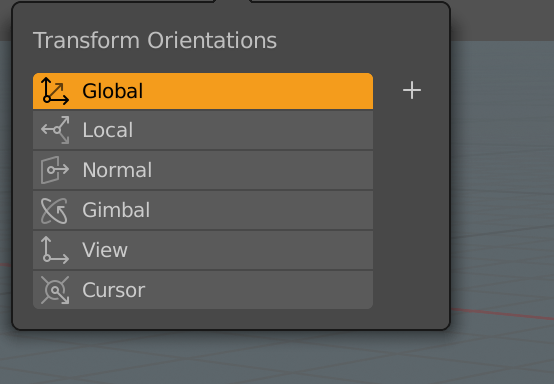 Then select your camera and press G and Z. Now you can move the camera by moving your mouse and it is just zooming in and out now.

ok, now you have an object and your camera in the right position and rotation so that you see your object perfectly through your camera.

Now select your camera and tap on "local" 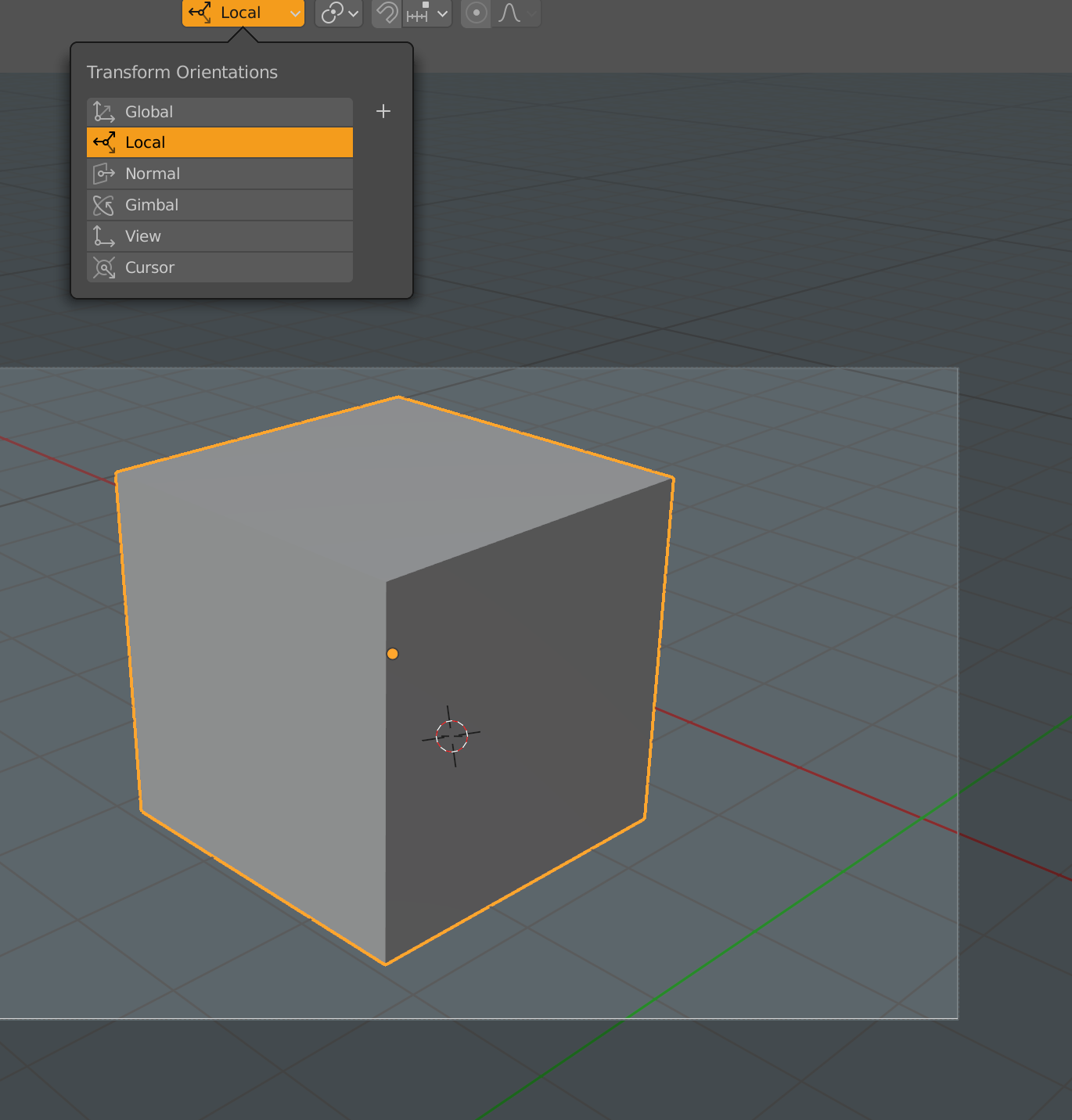 then you got this 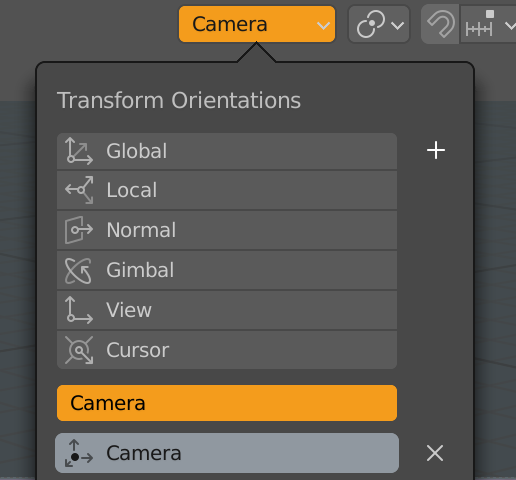 That solution is basically to snap the cursor to the camera, set pivot point to cursor, and then scale the object up/down rather than moving it. I'm still unclear how I would move an object towards/away from the cursor, but this scaling solution meets my needs.

5
Use the console to orient the camera plane exactly parallel to the x-y plane?
1
Make camera to move with animated object by makewalk
1
How to set camera location in the scene while pointing towards an object with a fixed distance
2
Move vertices towards/away from camera?
3
Constrain a camera to an object while also aligning it perfectly to the center of the object (relative to the camera) even while using perspective