How do I avoid rendering glitches from overlapping faces? [duplicate]

For instance, here I have two cubes that are offset only on the x-axis. When I render them (using Blender's internal renderer), the overlapping faces interfere with each other and the result looks awful. A quick and easy solution would be to offset them by just a smidget, but is there another solution that allows faces to overlap and not exhibit this graphical glitch? 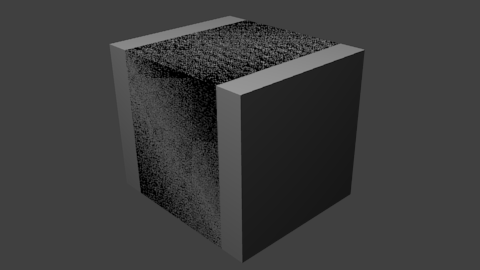 As a general rule of thumb you should never have overlapping faces as you'll almost always get the artifacts you're seeing.. You're better off removing the overlap.

Well, the short answer to your question...

"is there another solution that allows faces to overlap and not exhibit this graphical glitch?"

The glitch you are seeing is called z-fighting, and it is essentially impossible to avoid where you have overlapping, coplanar faces.

Basically what is happening is when two coplanar faces occupy the exact same space Blender doesn't know which of the two faces to render. The faces are "fighting" which one is closer to the camera. So due to floating-point calculations in the distance to the camera (z-buffer), various points of the shared surface are rendered as one of the faces, and other parts are rendered as the other face. This results in the strange, undesirable glitch you are witnessing.

So without actually moving one of the fighting faces (which you have excluded) there is no way to eliminate z-fighting.

In blender-internal renderer there is a material option 'Z Offset' you can use to force one material to render on-top of another even if the faces overlap. This works in the game engine too and is quite handy at times.

One way to avoid this kind of overlap is to use the Boolean modifier. If you have two shapes that are overlapping, you can join them together into a single shape by selecting the Boolean modifier and selecting 'Operation: Union.' In the example you provided in the question, this will give you a single rectangular prism you can manipulate that will render as one smooth shape. 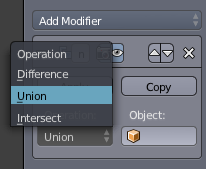 38
Cause of black artifacts in render?
6
Why Faces eat each other?
2
Weird cross hatching when I loop cut
0
Strange artifacts in mesh
0
Model is multiple colors and renders with artifacts
0
2 Colors on 1 object
2
Weird faces blinking / overlapping problem
0
2 parallel planes, the front one is rotated, when view is rotated, portions of the plane on the back is visible through the plane on the front
1
What causes these black artifacts?
1
EEVEE doesn't render textures
See more linked questions

7
How to avoid float texture limit for GPU rendering
3
Rendering many overlapping parallel lights
0
How to use a transparent material with mist in Blender Internal?
1
How to trigger LMB click events to activate a specific View node and update contents of 'Viewer Node' image data block using Python?
2
Avoid rendering hidden objects (blender 2.8)