For the texture coordinates, I take the vector of the plate that is under the cube.

The length of which of the object vectors is taken? And why if I change the 2nd value in "Less Than", the transparency area increases? After all, the output in "Less Than" must be 0 or 1. This result suits me completely, I just want to figure out how it works. 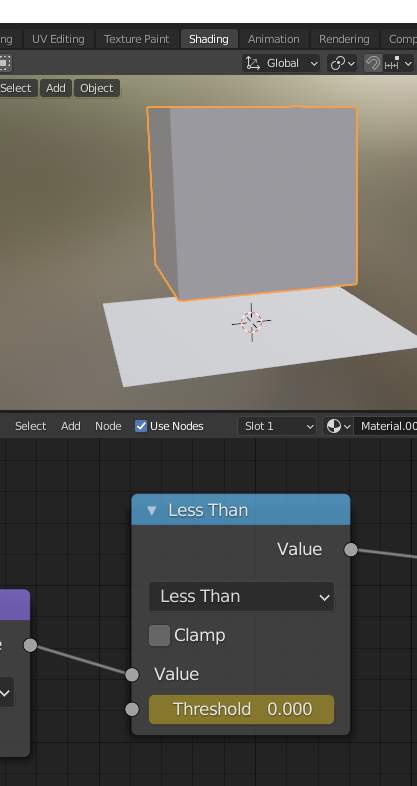 It will help to look at the values you're operating on.

If you go to Edit -> Preferences -> Add-Ons and enable Node Wrangler you gain a lot of functionality and keyboard shortcuts in the node graph. We're only interested in one of those functions right now, though. You can Ctrl + Shift + Click something to link its outputs to a viewer node and just see it in the viewport.

So if we take an object, like this extra long cone, and view it with this Mapping to Vector Math -> Length operation on it, we get this result. 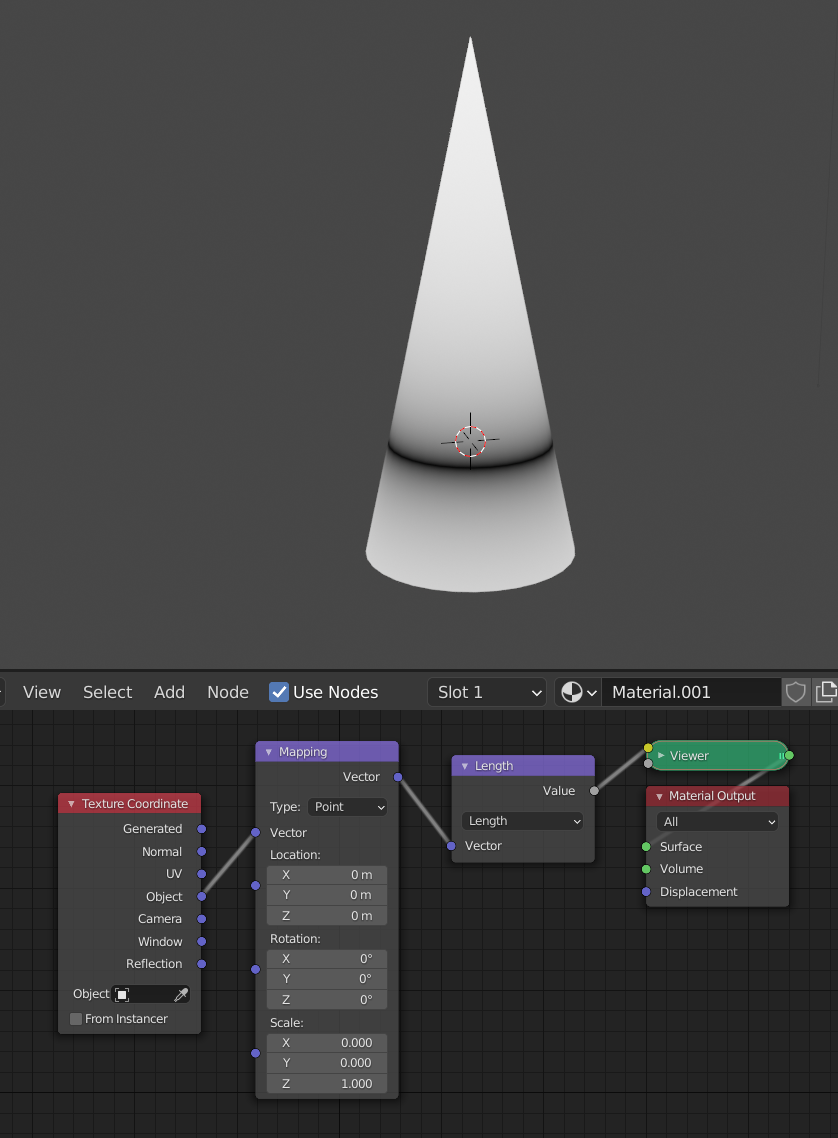 Thanks to this visualization I can look at this and say this is essentially just wiping out the X and Y axes and then running an absolute value operation on the values, and I could rewrite it like this: 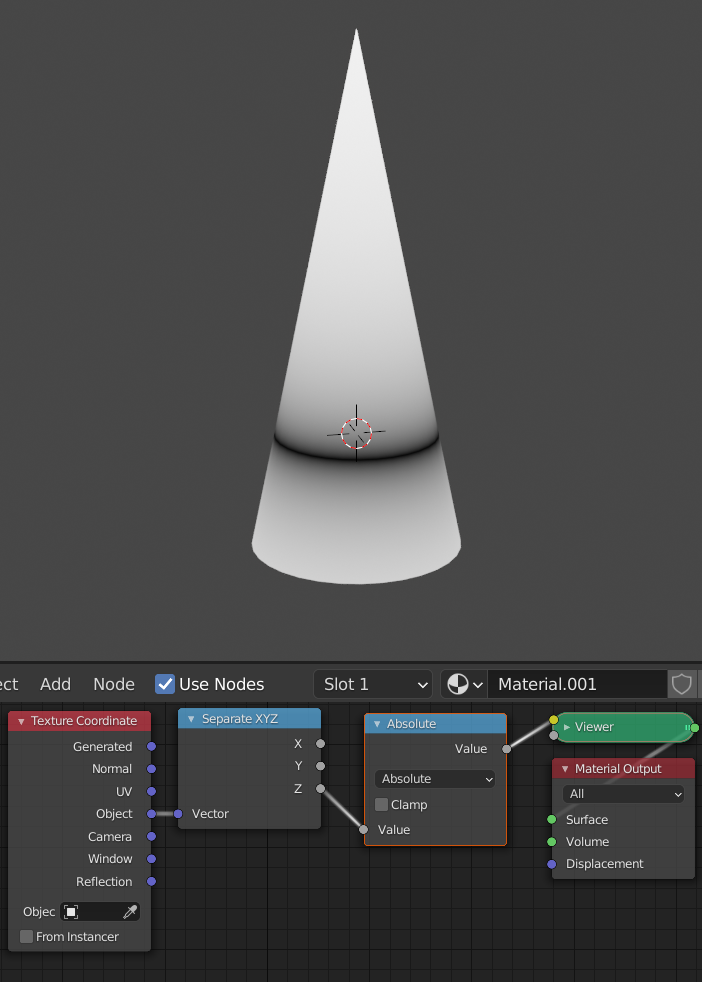 From here I hope it is easier to see what the Less Than node is comparing against. It completely transforms this map from a gradient to strictly either a 0 or a 1 at any position on the mesh. If the Value of this gradient is less than your defined threshold it reports a 1, otherwise it reports 0.

And so they're just using this method, animated over time, as the factor of a Mix Shader. This generates a hard cutoff between the diffuse shader and 100% transparency.

This seems to be some form of crude "Wipe" effect.

By using the object's local Z coordinate as input and running through the Less Than math function it basically makes an horizontal line mask.

In the vector node the X and Y axis Scale value to zero is turned down, which makes it basically output the pure Z axis, as opposed to all axis at once which would give a 45º tilted angle. This has basically the same effect as using a Separate XYZ node.

By linking it to transparency it basically makes the object opaque or transparent above/below a certain Z value defined in the Less Than node.

Not the answer you're looking for? Browse other questions tagged materials nodes transparency vector or ask your own question.