2.9x Why can't I see my scripted print function results in the console? [duplicate]

When I run this script nothing happens, nothing appears.

The only answers to where it prints I find are from 6 years ago.

With 2.91 It's not in the Python Console output in the Scripting tab, so where does it display its print command?

Things have not changed from 6 years ago. The console is not a window that is part of the blender's user interface, but one that belongs to the operating system.

You can enable the system console from blender using the top menu's Window > Toggle System Console. 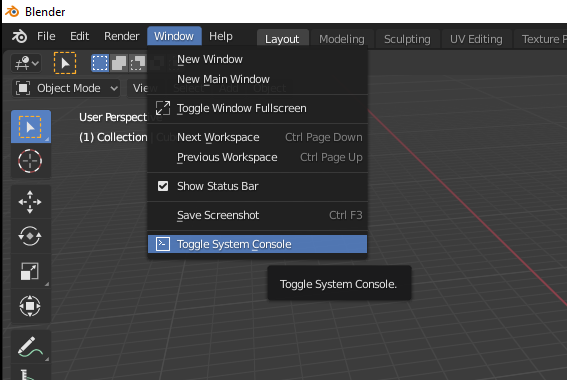 That will open a totally different window, with the console and all messages from python will appear there. 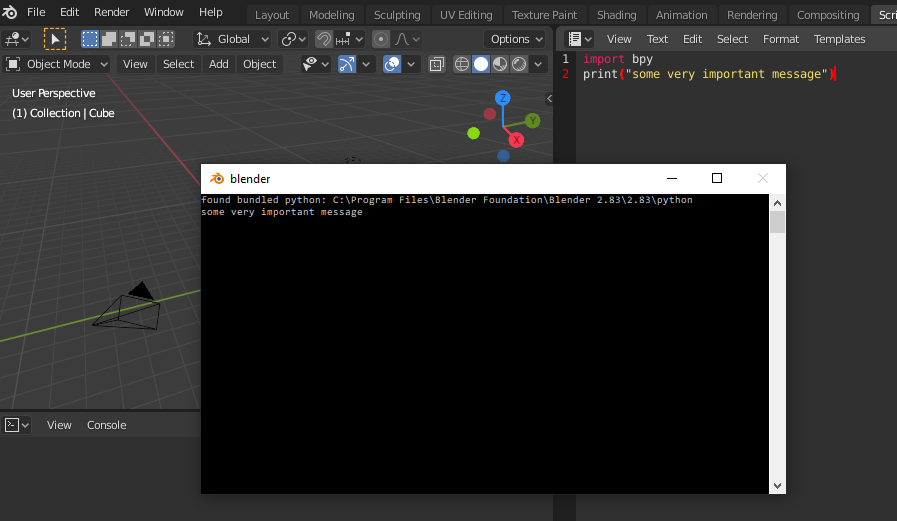 On Mint/Cinnamon, the app launcher can be set to Launch in terminal. That way the terminal window is always available. 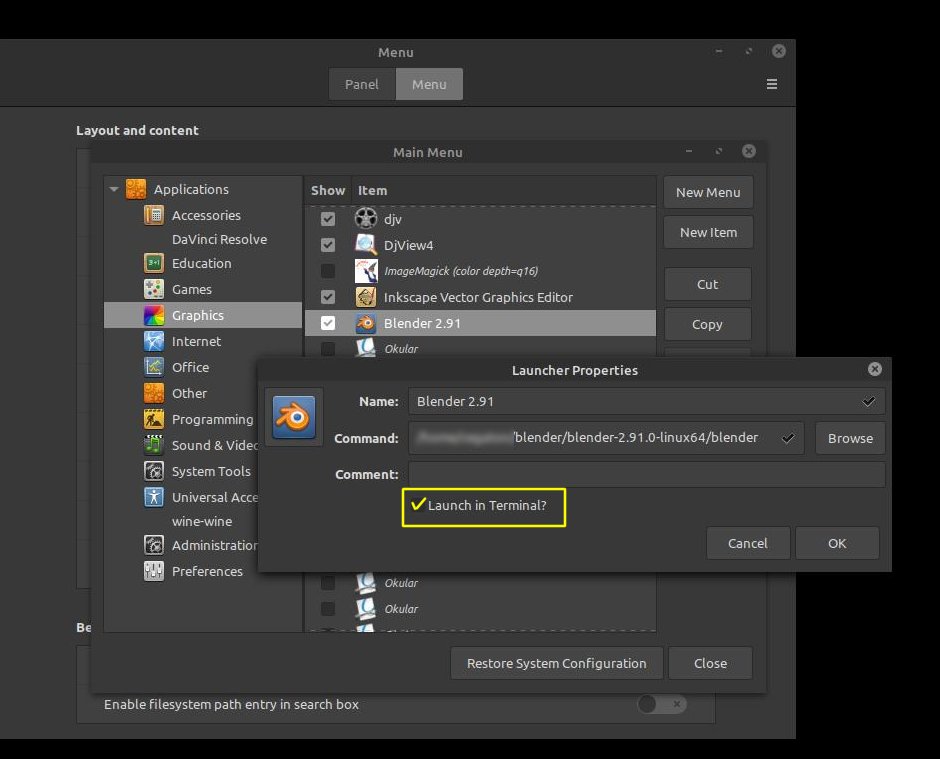 69
Where does console output go
7
Where is the system console?
0
Blender python : Where is the output when running script from blender text editor
5
How do I get the console on windows?

0
Relative path to script folder using text view
1
Blender Python Scripting Screen Layout Closes on Execution in Windows OS
3
Where does my Python output go when I start Blender with a script in Windows?
2
Blender python : where is bpy module located in windows 10
3
How to make object translations in the UV Editor (Scripting, Blender Python API 2.8)
1
Why Blender 2.49 does not show button on ubuntu like it does in windows?
2
Using bpy in a standalone python script dies when rendering