Principled Volume not showing up in Cycles Render 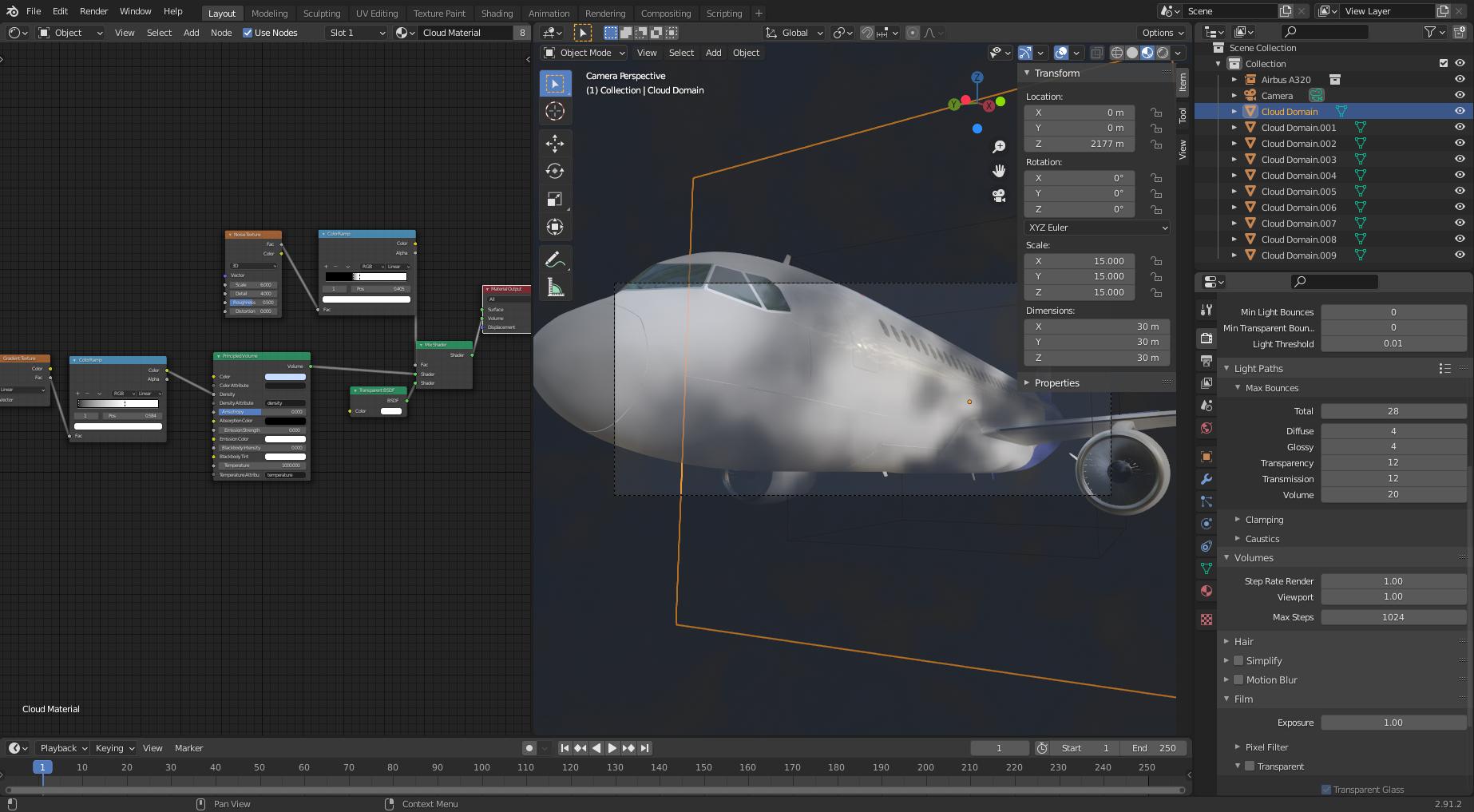 On the left, you can see my cloud-like volume setup. The center screen is in Material Preview mode and shows my clouds (the volumes) just right. As you can see in the Dimensions panel, the selected Cloud Box is actually pretty large (30x30x30m), but the clipping of my camera is already set to 1000m.

The problem is, that in my renders, the volumes seem just invisible. Whatever I'm doing, even if I change the cloud color to black, it doesn't ever show up in the Cycles render.

Is there a setting I'm missing?

After following suggestions, I removed most of the nodes. For testing purpopses, I even disconnected the noise texture: 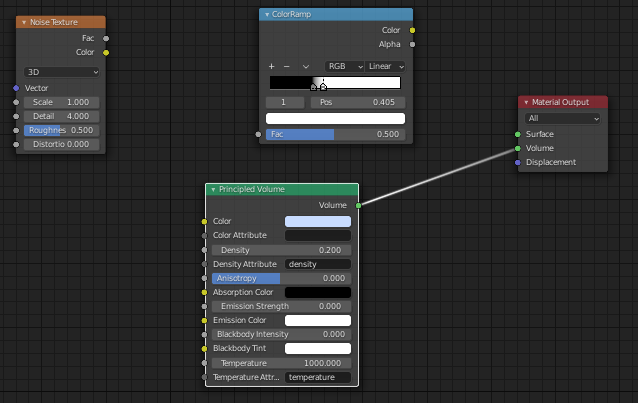 This looks quite foggy in the preview now: 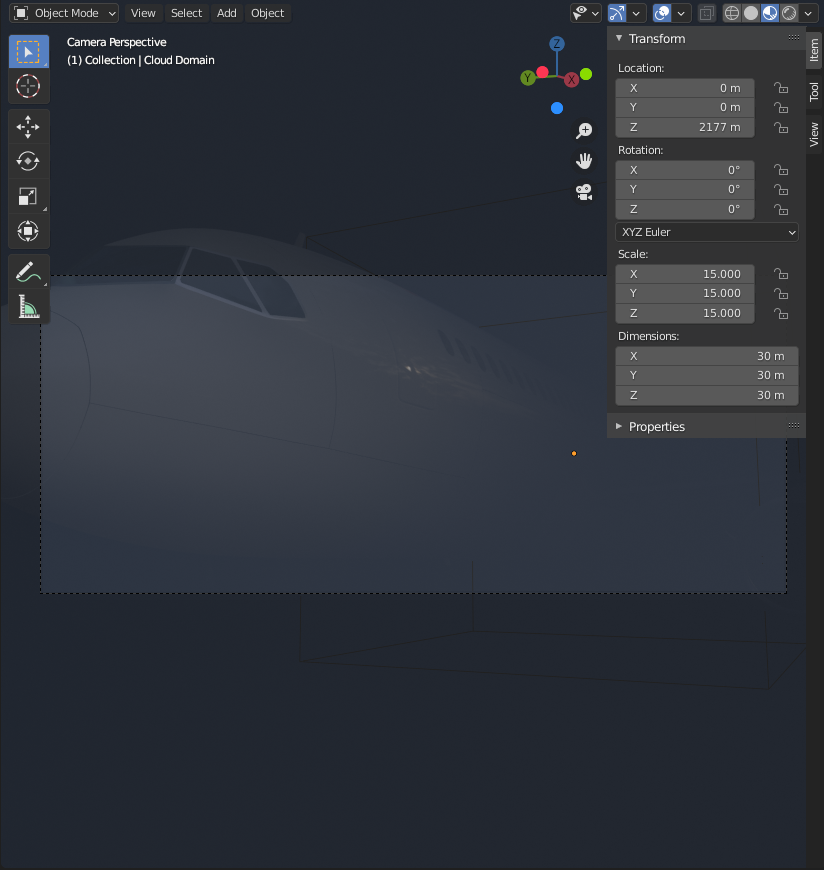 And indeed, in the render output, I can see something, but not what I've seen in the preview. The rear-half of the plane looks kindo of blue-ish. And when I disable the rendering of my "Cloud Domain" objects, the blue-ish look disappears. So it seeems to be there. Cycles just seems to treat those volumes substentially different compared to Eevee.

The weird background is a Sky Texture node with the 2.9 new Nishita mode. I set it to be that dirty, because I wanted to see a better contrast to the clouds while I'm testing. It's the only light source by the way.

I'd still guess that it has something to do with my Render settings or the how the ligthing is configured, but I don't know what exactly this could be. 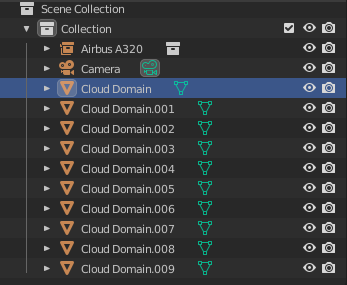 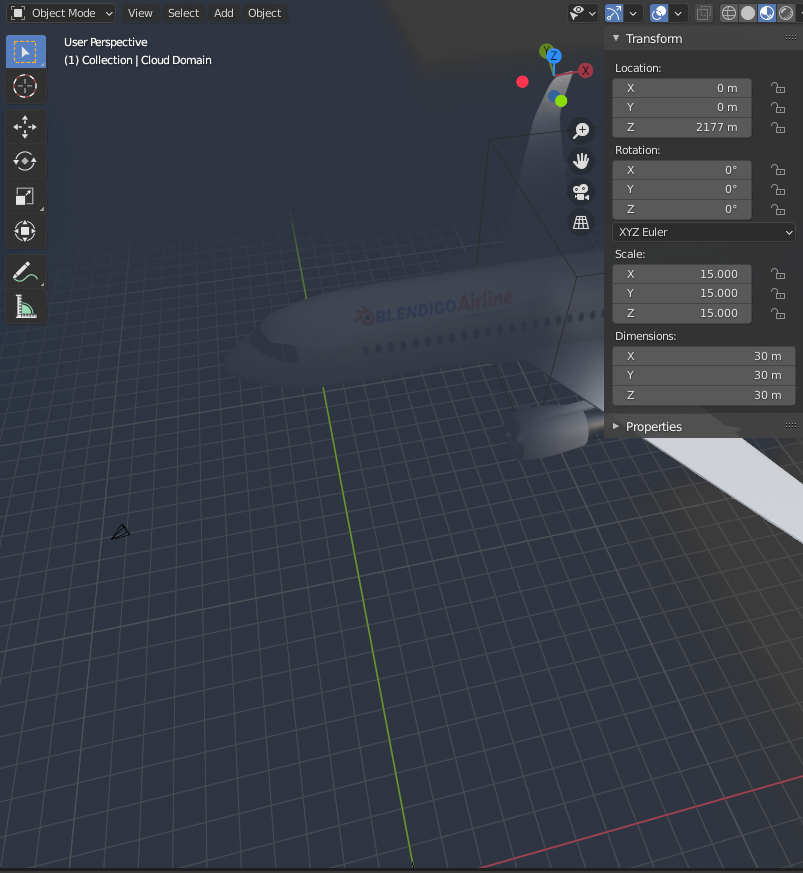 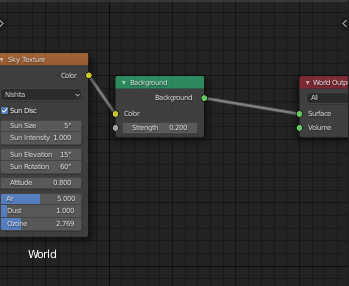 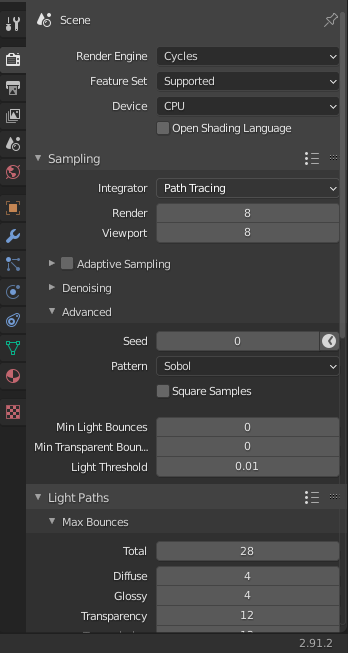 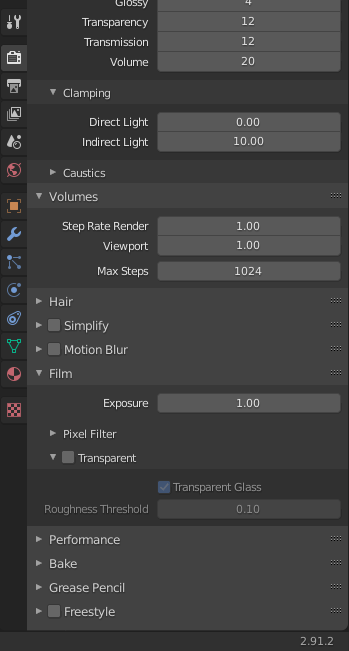 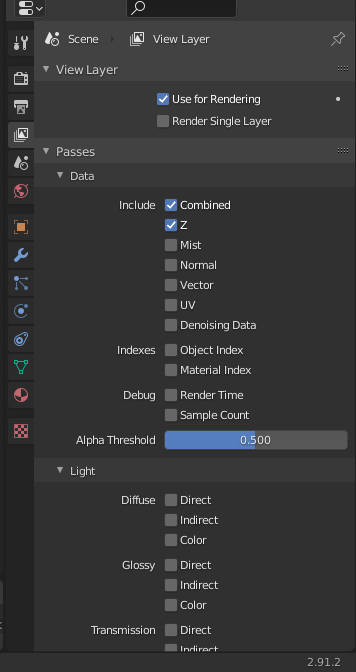 Looking at your material nodes, you are mixing a Surface Shader (Transparent BSDF) in with the volumetric - this may be the cause of your problems as the preview may behave differently to the actual render (especially with versions that support Eevee since the material preview will use Eevee to render while the actual render is using Cycles).

Generally you do not need to mix in 'transparency' with volumetric shaders - simply control the Density instead; ie, zero density is 100% transparent.

Try connecting the Principled Volume directly into the Volume socket of the Material Output and use the Noise Texture to vary the Density of the volume rather than to vary a mix shader.

Not the answer you're looking for? Browse other questions tagged rendering cycles-render-engine shaders volumetrics or ask your own question.

1
cloud generator add-on with cycles
3
Issue with Volume Absorption inside Glass
0
Flames show in viewport but not in render
0
Cycles: Final Render differs from Viewport
0
Smooth Volume Rendering without Denoise in Cycles