I have created a bezier curve to represent a fuel bowser hose. I would like to apply a texture to the hose and export it as a part of my project but for some reason I am unable to generate a uvmap so I can create a texture for it. I do know how to generate and apply uv texture maps for other objects such as cubes/cylinders etc.

I am also having the same issue generating a uvmap for a chain-link fence I created (from youtube video) so I am summizing that I must have to convert the bezier curves into something else before generating the uvmap. Obviously I am missing something!

Any help is greatly appreciated.! 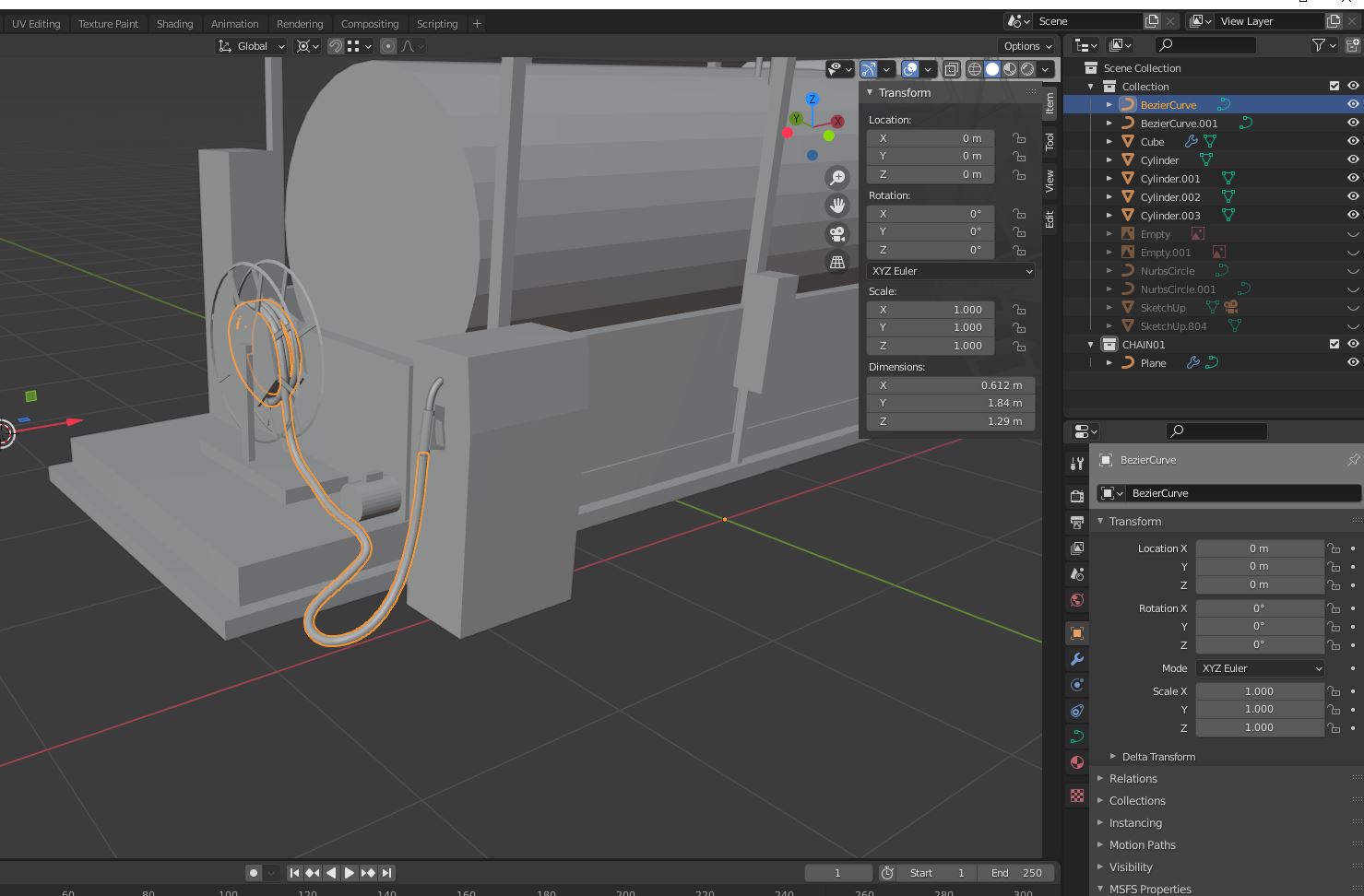 Curve objects create their own UV map. These are polar-ish coords, where the V axis describes something roughly like angle from the curve and the U axis describes length along the curve. While export functions have their own individual rules, any export function is likely to export a curve object as a bunch of mesh verts, edges, faces with the same UV as is used by Blender. To access this UV in Blender, just make use a texture coordinate node and use the UV output.

If you want to edit this UV, it's necessary to convert the curve object to a mesh object, which can be done with a "convert to"-> mesh operation (alt c in object mode for me.)

For cases of export, where I don't know of any engine that's going to use Blender's curve objects, there's really no reason not to convert to mesh. Your export functions are just going to be converting the curves to mesh in the end anyways.

3
How to make a generated texture follow a Bezier curve?
0
array and curve modifiers (bezier) - distorted texture
0
Bake Texture to New UVMap (2.92)
0
How to UV map and image texture to a bezier curve crescent?