Error saying mesh has no vertices when it has vertices

With the following code

I get an error

Which seems to be saying that my mesh has no vertices, even though it is a huge terrain mesh with thousands of vertices?

Here's my terrain. It may be worth noting that it's a Grid. 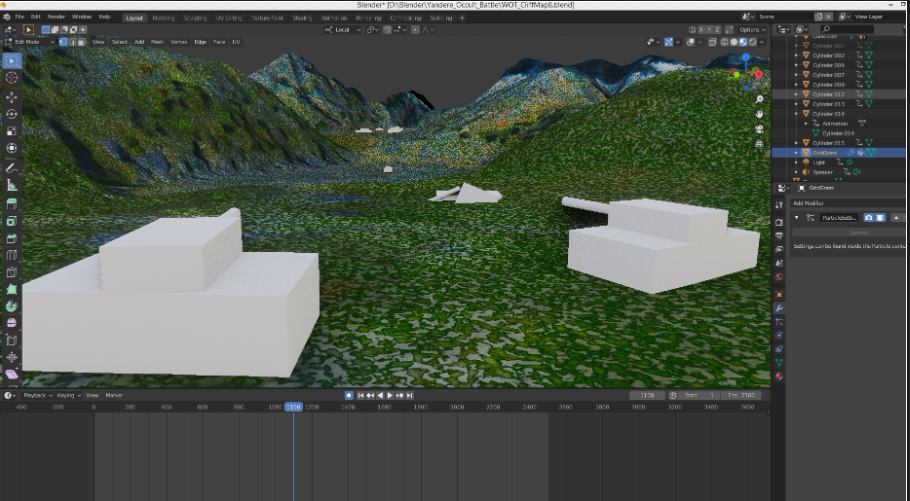 A vertex has no vertex group.

implies the error is that a vertex is assigned to no vertex group. Test for this.

or ensure in some other way that all the vertices are assigned at least one group.

See second script in this answer re getting all the vertices in a group. Example below edited somewhat to match above

Not the answer you're looking for? Browse other questions tagged python mesh or ask your own question.

3
Is it possible to get vertex locations (world) from a vertex group?