No curves get imported at all into Blender, and I'm totally mystified why.

I have a CD of vector pattern library images that I'd like to use within Blender. These appear to be good vector images, i.e. in Inkscape I can see and edit the objects and paths.

I cannot use Trace Bitmap as an option, as these appear to be objects and paths (I'm no svg expert). I cannot convert to raster images and then trace, as that destroys the quality. I have literally hundreds of these images, that I would like to use as extrusions on decorative borders within Blender, but nothing I've tried seems to import the curve data, it comes in as an empty collection.

These appear to be bona fide vectors that I can edit and save. I've tried simplifying the image (destroys it), I've tried every svg format Inkscape offers.

One puzzle which makes me suspicious that these are not true path objects is that there is just a single node on the pink object. I can edit the handles and change its shape, so I assume it's a proper path, but I was expecting to see more nodes that define the curve. 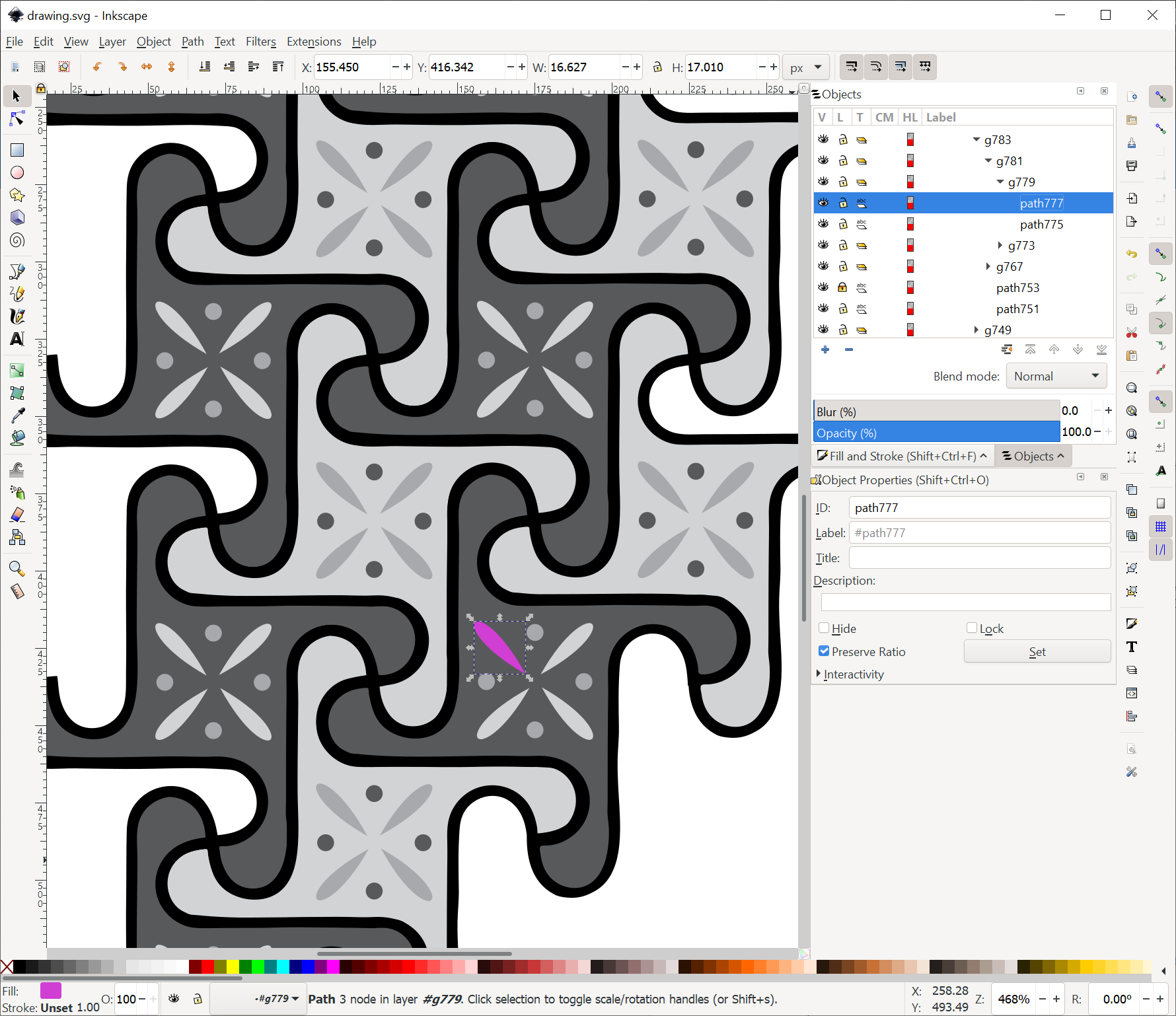 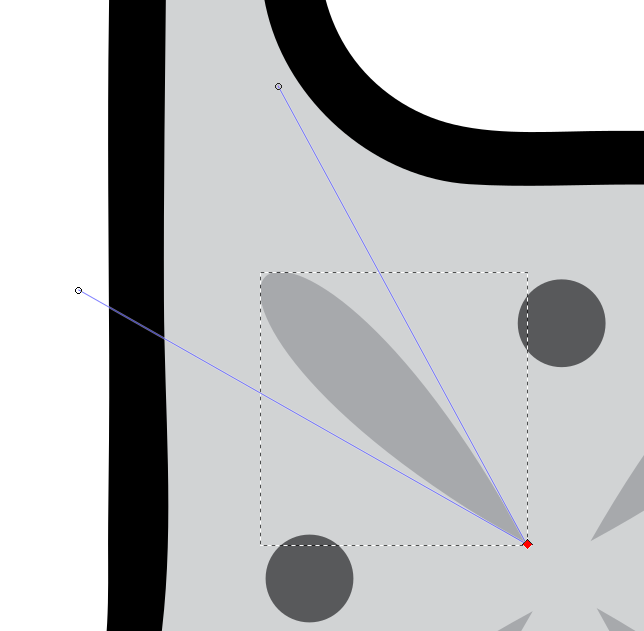 Whatever you can do to simplify the file, will help you when import it to blender. 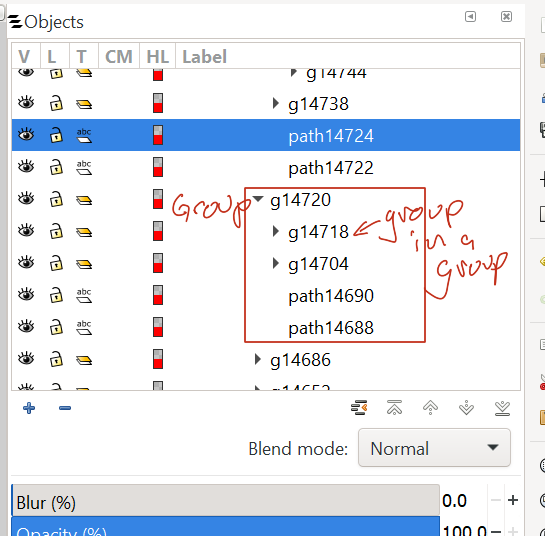 Un-group all of the objects in the SGV file and import.

A crucial difference between 3d graphics and 2D illustration is that in 3D you can't have surfaces occupying the same plane.

On 2D Illustration object's layers just occlude each other, but when imported to to 3D software, they will be created on top of each other causing Z-fighting(when two or more surfaces occupy the same space and the render engine cannot differentiate them). In 2D graphics you can get away with overlapping planes in layers, in 3D you can't. Coplanar faces cannot be on to of each other: no two faces can occupy the same plane. 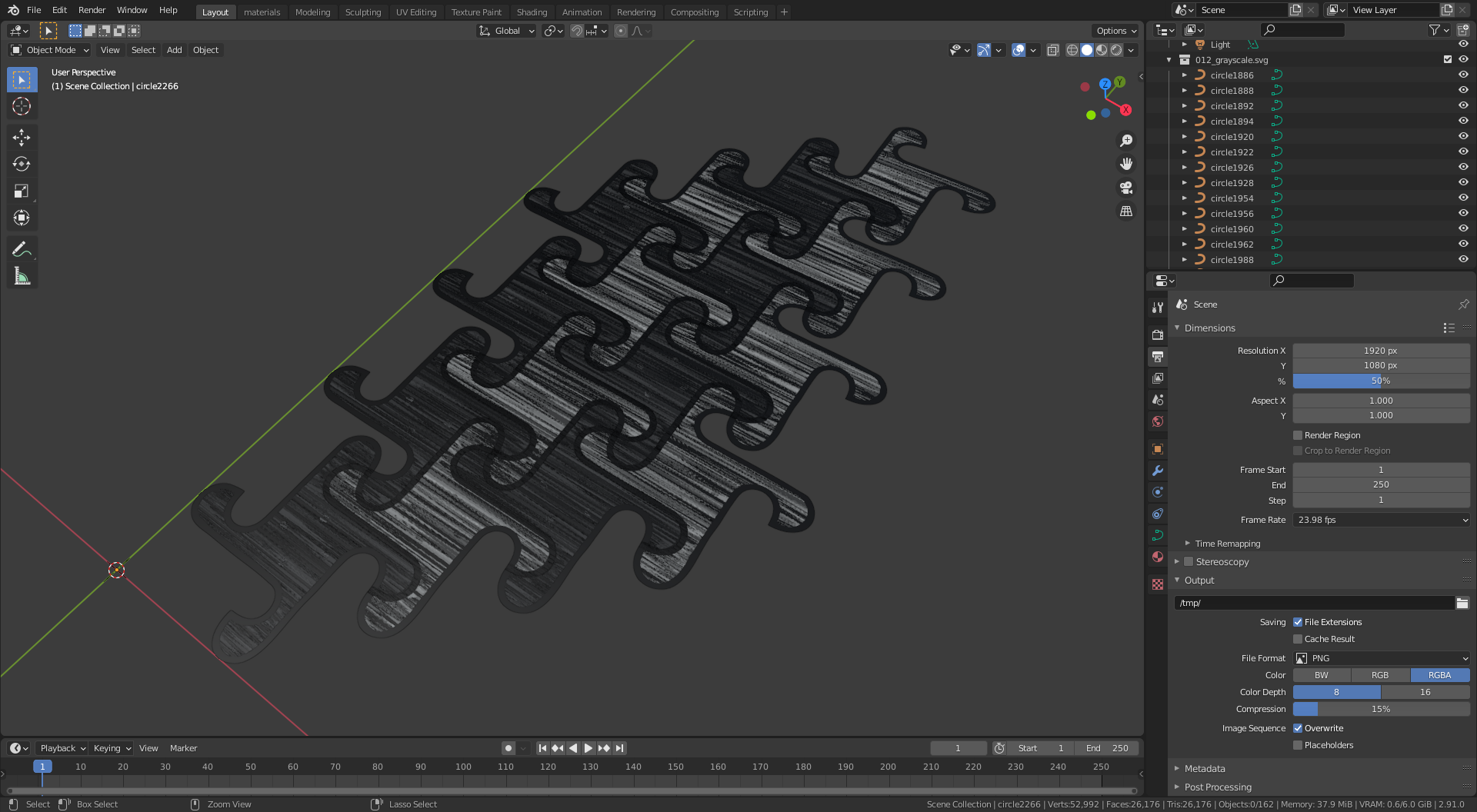 How to fix this? You would need to edit the paths on the original file, and make sure that no paths are overlapping or intersecting. You will need boolean operations like path union, difference, intersect, exclusion, etc. to clean up.

Or you might choose to separate some of the elements on different files, and import them individually to blender, and edit them there, by joining different curves into the same object.

Since you are dealing with a single basic shape, and multiples copies of it, so you can get rid of most of the file to make your life easier, once you have the basic shapes you can make instances in blender. 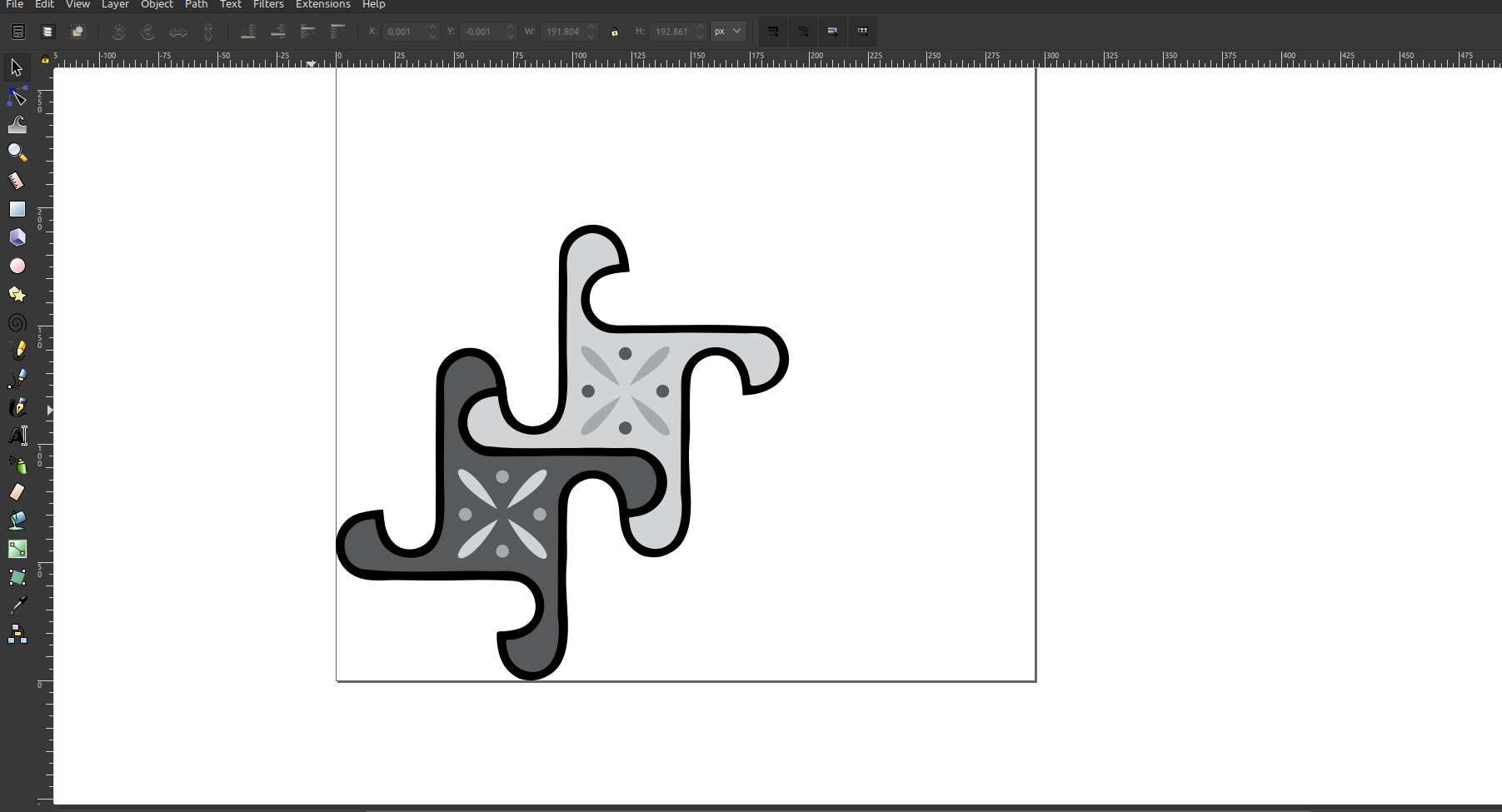 Here's a picture of the file after cleaning up in inkscape, mostly using boolean exclusion and difference. 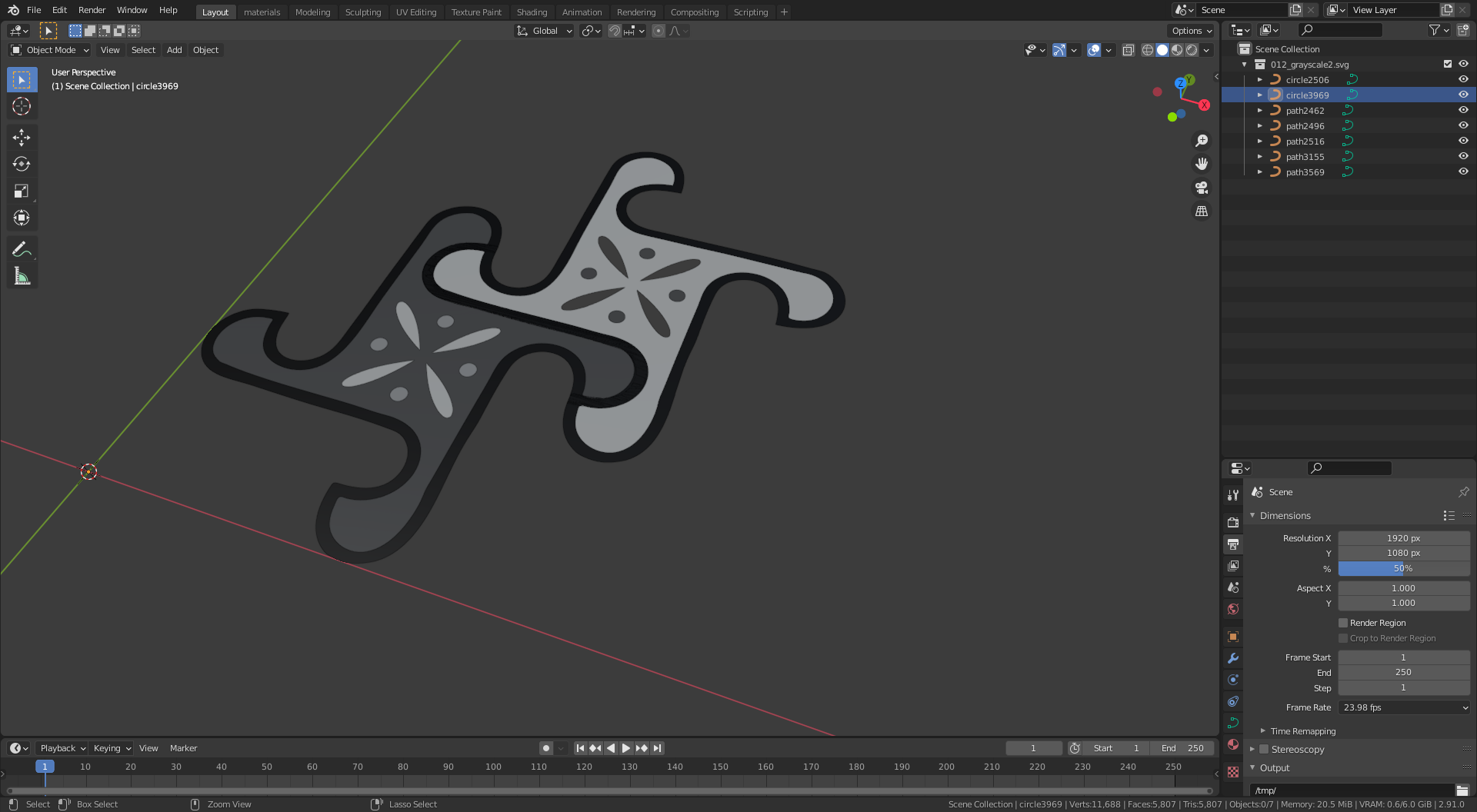 Ideally you should be dealing with only four curves that contain all of the elements with no overlaps:

4
Setup blender cycles so that it shows svg images as they would normally look
1
Problem in importing .svg files to blender
1
Importing a complex SVG to Blender from Illustrator - Problems with Fill
0
Artefacts in topology of imported SVG
2
Open-ended SVG import