I just finished Blender Guru's donut tutorial, all parts and levels. However I must have misunderstood how the composite node works, especially in regards to animation (or rather image sequences). 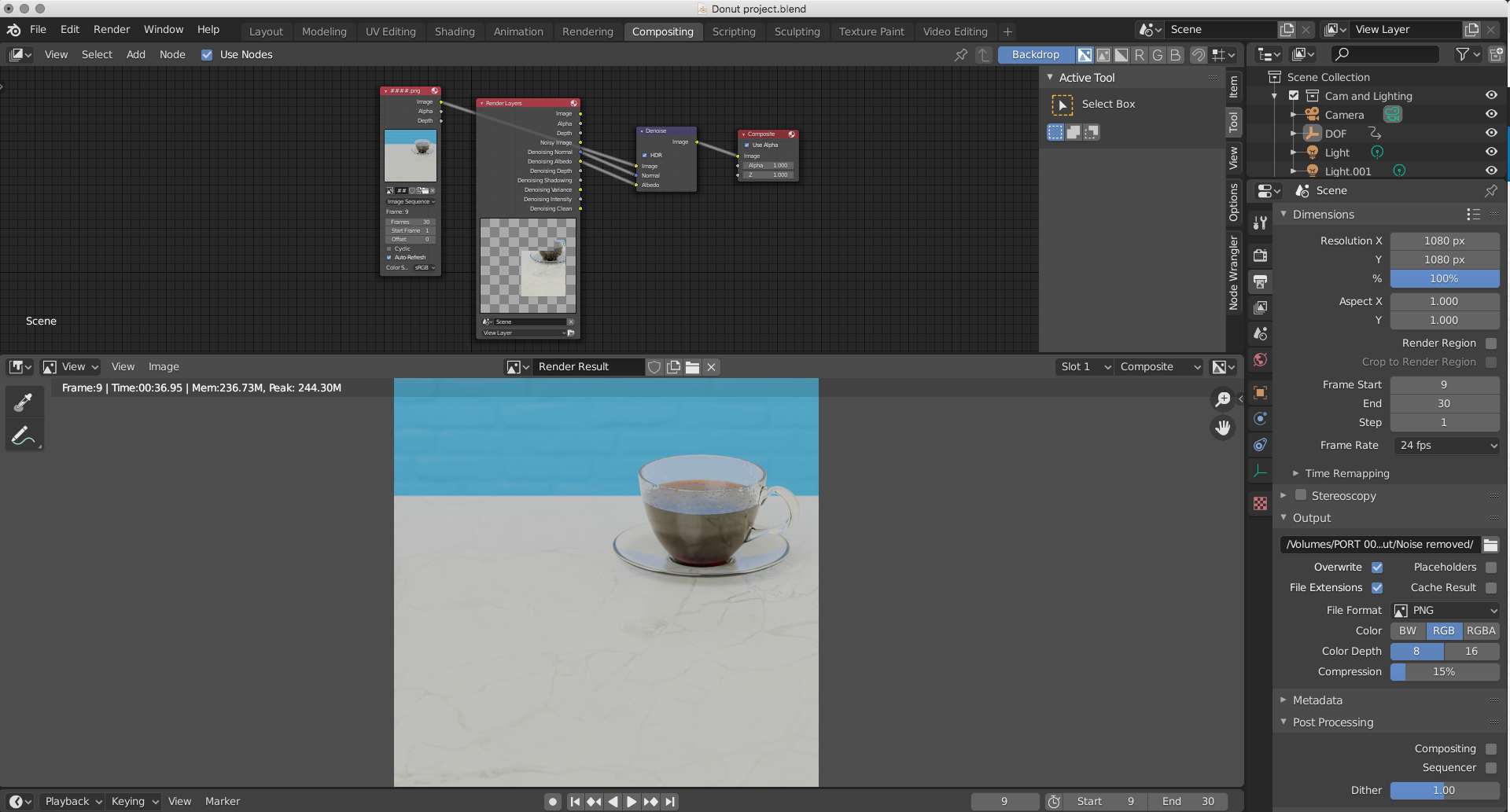 So I rendered the entire animation. The animation has a lot of noises, and as I understand it, for the denoise to work it needs to render first.

After I rendered it, I've imported it as an image sequence in the node viewer, and linked it to the image dot of the denoise node.

Now what do I do? I've tried re-rendering it, but it still renders the noisy renders. I must be missing a function or something that will trigger the composite to render out the sequence. As it is now, I have to save each frame as an image in the image editor. That can't be right?

I figured it out! I'm so proud! I turned on composite in the Output properties under post-processing,

Now when I render the pngs the render says "initializing execution" and the final image is noise free! I look forward to learning about EXRs etc, but I'm just trying to do this one step at a time haha.

Not the answer you're looking for? Browse other questions tagged rendering animation compositor compositing denoise or ask your own question.

1
denoise node not available under compositing in blender 2.8
0
How to add glare/bloom effect to image sequence?
1
Blender denoise node producing black image
1
Not enough connectors in Render Layers node
0
How to save a denoised image in composting
0
How to composite an image sequence rendered in PNG?
1
Rendering with compositor only renders single image
3
How do I denoise an image sequence that has already been rendered?