Blender 2.80
I have two meshes (curves extruded along paths) that I have combined with ⌃ Ctrl + J union. Now I am trying to subtract a third mesh using a Boolean Modifier. When I select difference, I don't see the difference result. When I select union it sort of renders a difference but not exactly either.

First question I have is the union of the two extruded meshes. I was hoping to see just some exterior faces on the boundary of the two meshes. Rather it looks like the super imposition of the two.

When I subtract the third mesh from the union, the boolean tools are freaking out. Is this because of the issue I am pointing out in the first question.

I have looked for non manifold geometry and loose geometry but haven't found any. I did not find any duplicate vertices to join. I have already performed a limited dissolve. 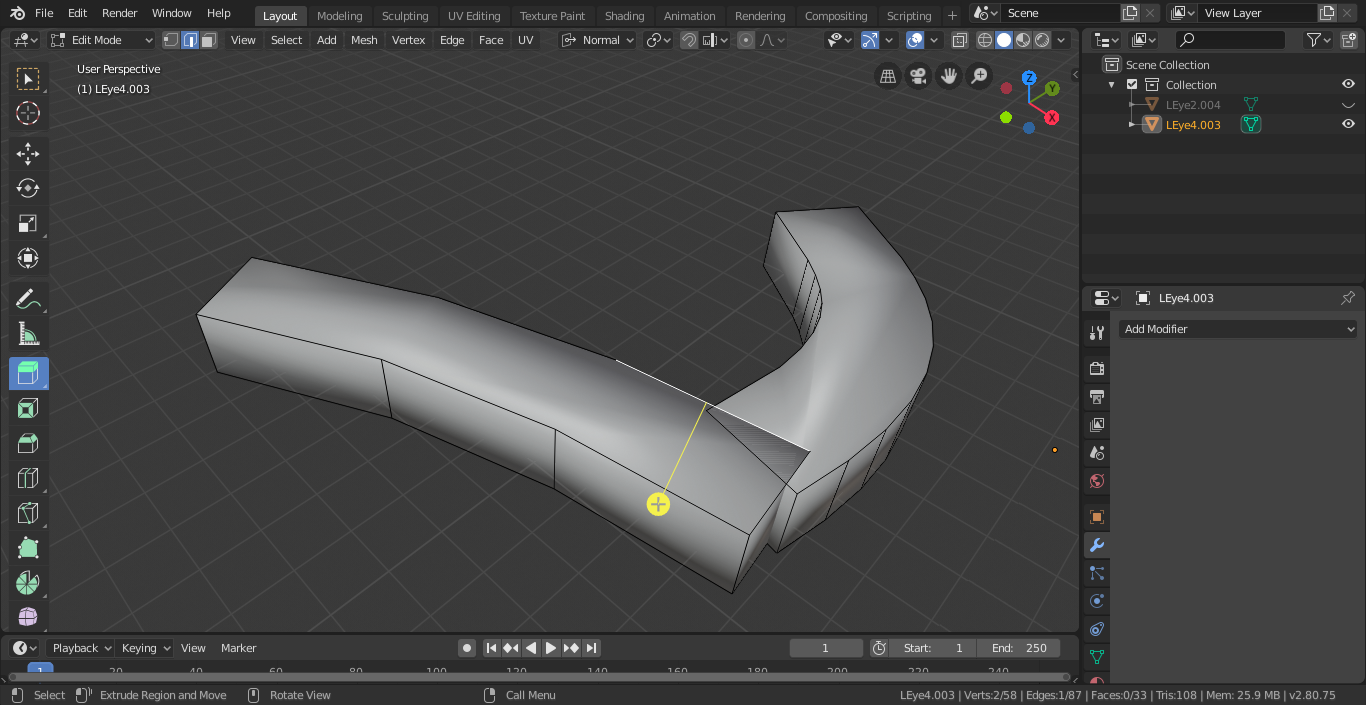 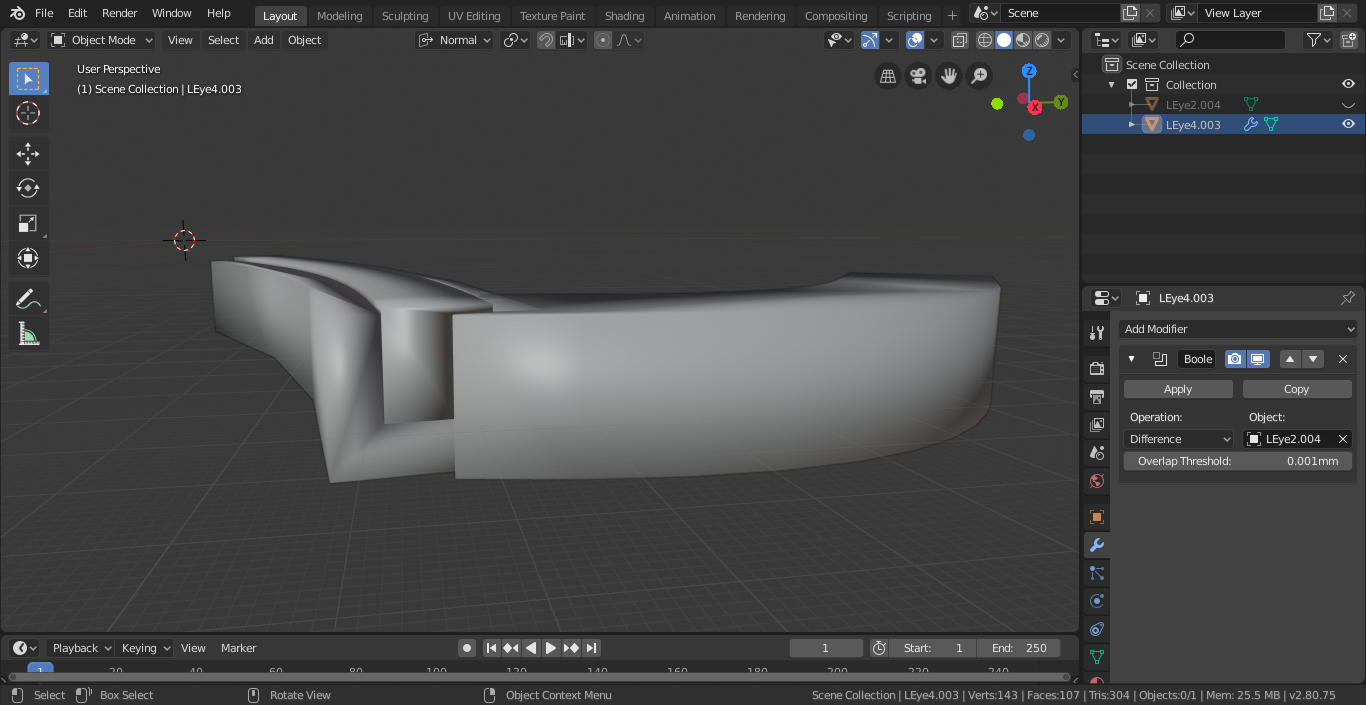 edited to answer the question better

go into latest version of blender (2.91) and try using the new booleans they added (Fast, Exact) i havent used these very much so it might not work, and also make sure that the meshes arent the same height or there will be weird artefacts so try making the subtracting mesh and make taller, this is because the boolean system has problems working with meshes that are exactly the same, (like duplicating an object and leaving it at the same place, blender cannot handle the two meshes and breaks)

for the shading artifacts i recomend recalculating the outside normals go into edit mode, select all faces or vertices, then select mesh, normals, recalculate outside, hope this edit helps

I think you found a case when Blender just gives up, and solver doesn't result with correct mesh.

When you move "Mesh B" on Y axis until this moment everything seems correct. 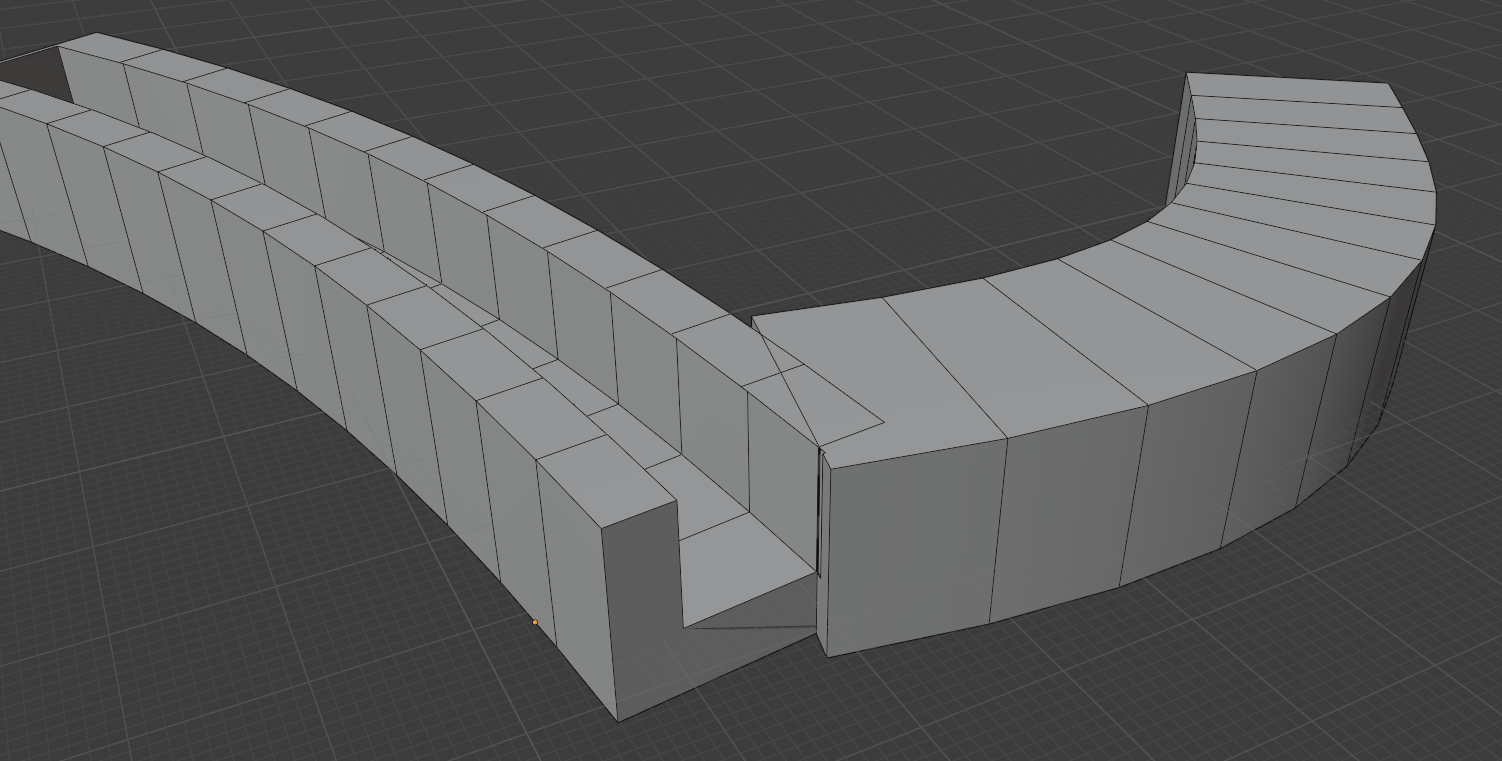 Few units to the left and the difference boolean fails 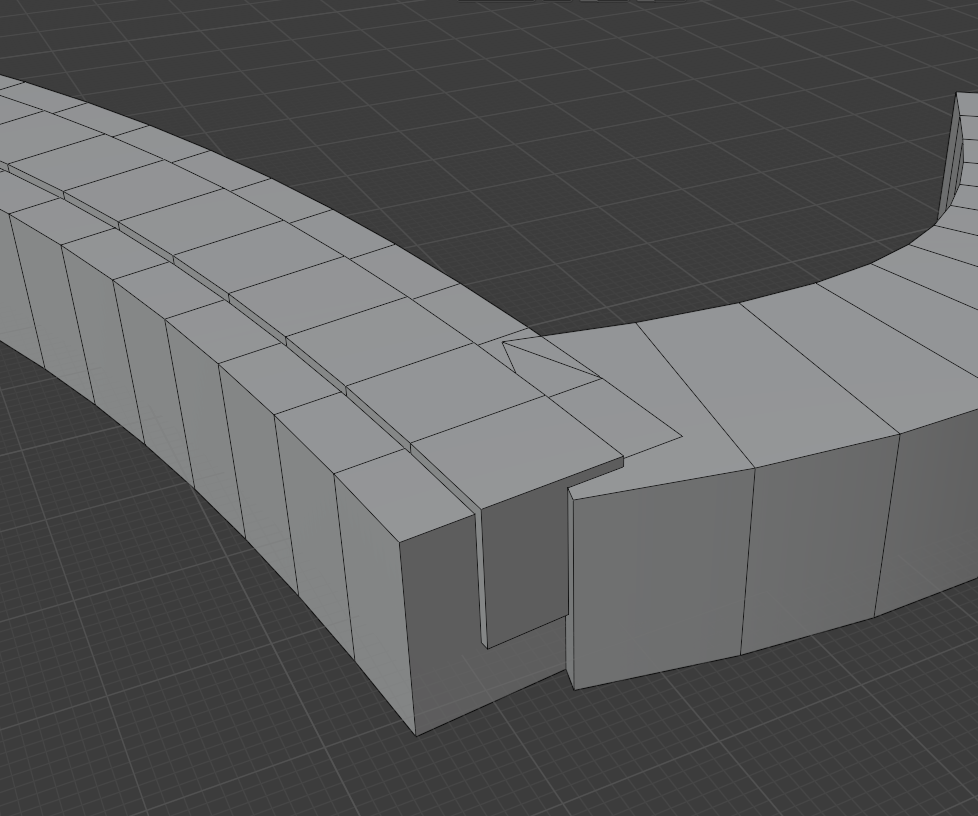 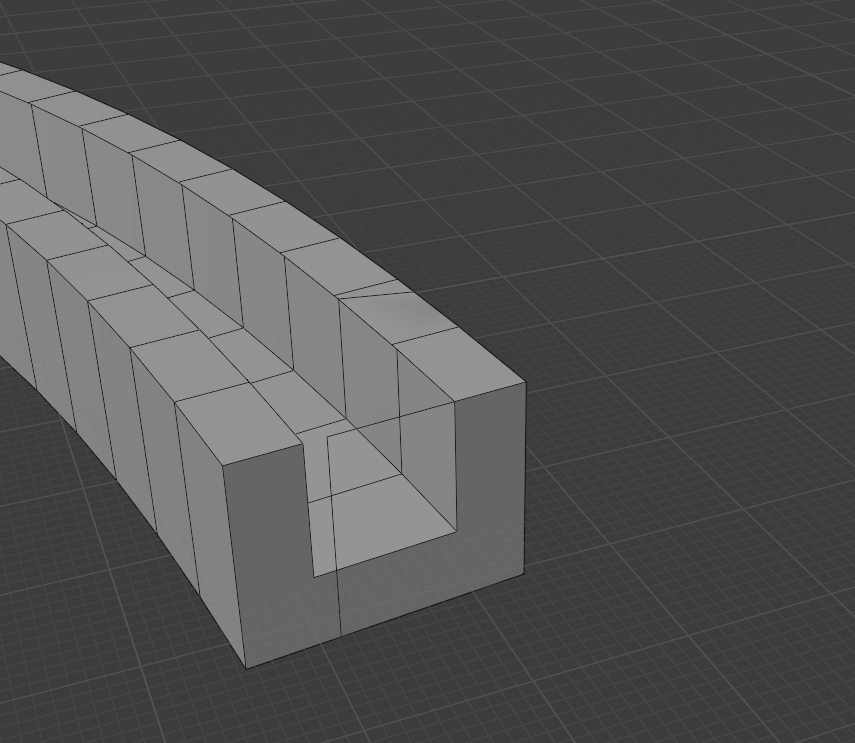 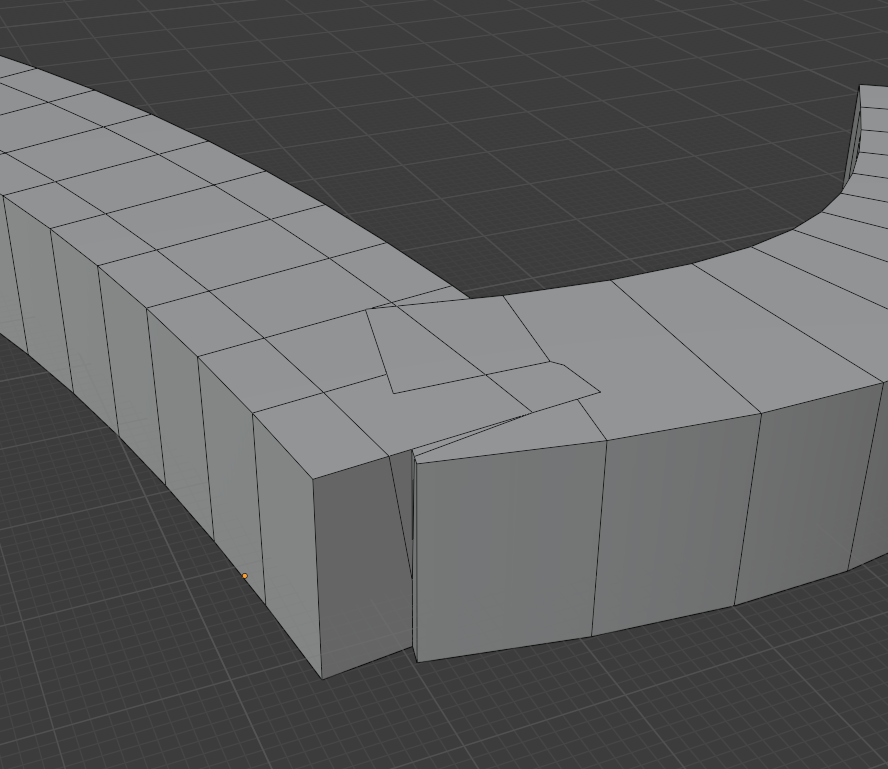 And switching to a destructive workflow by applying the boolean union modifier joining "Mesh A" and "Mesh B" then adjusting the mesh manually to result in a single island and fix overlapping faces/edges/verts. 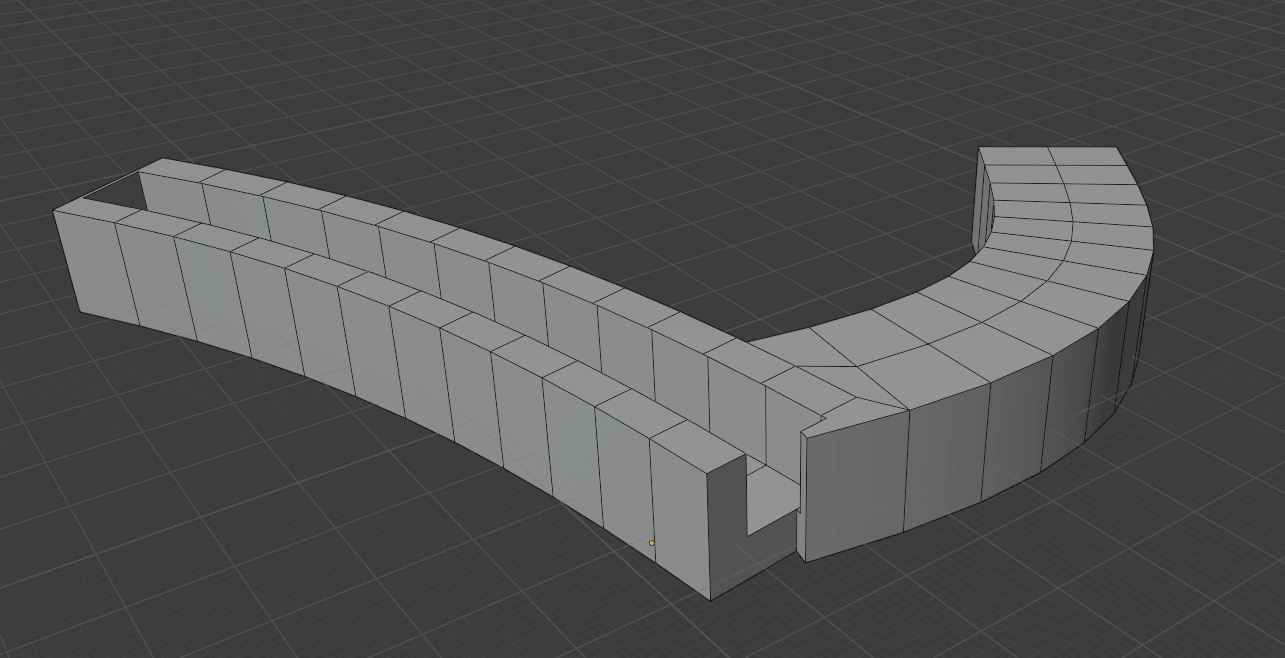 Also elevating "Mesh B" on Z axis seems to fix the problem with solver calculations. 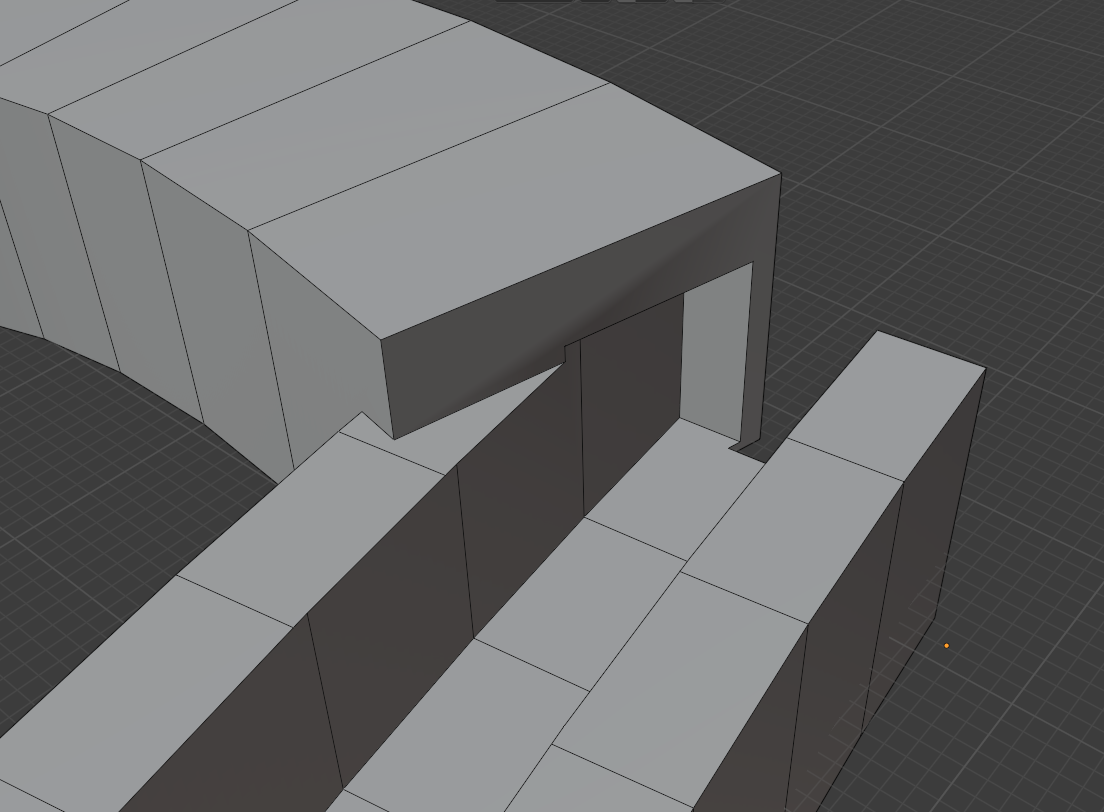