How would I go about converting a 3d model to a .vox file

So I really want to convert a 3d model into a .vox file for use in Minecraft, there's a service out there that can convert .vox files to Minecraft .schematic files but my problem is I need a .vox file in the first place. I've tested the service and it works with .vox files with color data so yeah that's fine.

The issue comes with conversion, there seem to be a few options. The first is to convert OBJ to .vox and also literally just a .schematic with the service but the issue is I think what I need is a .obj file and a single image texture to go along with it that contains all the textures but when I export as OBJ in blender I get a .mtl which is definitely not an image file because it's a text file. I know you can do some fancy baking magic but I don't think I want to do that because some of the other solutions seem more fun to do because I'm doing this all for fun, it's for Minecraft. If there's an add-on to do this, that would be cool to know about but I don't want to spend ages trying to bake it and in the end have it not work because I'm using a pretty quirky 3d model that was originally made in a different language for a video game and was shakily converted to Blender so yeah IDK.

If everything fails I have MagicaVoxel which I can import OBJs into and have it be voxelly but I'd have to paint it which would be weird. I could do that however it would just be kinda lengthy to do. There are other options like Qubicle but that's payed and then there's an article on a thing called poly2vox which seems like it could work but the software seems very old and I'm not 100% sure it does what I want, also it's run in your command line which seems a bit too techy for me.

Essentially what I'm asking is if you know any plugins that can do something like this or export an obj as a .obj and one texture file. I'd also like to know if there are any other known ways of converting any 3d model type to a .vox without losing color data. Ok cool I'm gonna go be sad now.

By the way, most "OBJ to Minecraft" tutorials are years old and use outdated programs and things that just don't work anymore.

I hoped this was clear enough in the first version but I guess not, I'd like a way of doing this without losing colors because if I wanted I could just use magicavoxel or the service if I didn't care about colors but I want a way to get colors that works and doesn't require manual input because I can't paint in the slightest.

If you need any to make any mesh in blender look "minecraft-like", use a Remesh Modifier set to Blocks. You can then export this to a variety of formats, including .obj. If you need a .vox file, however, you will need a special addon. One of the best I can find to suit your purpose is here, but I can not vouch for its efficacy.

Addon to export to .vox is here: 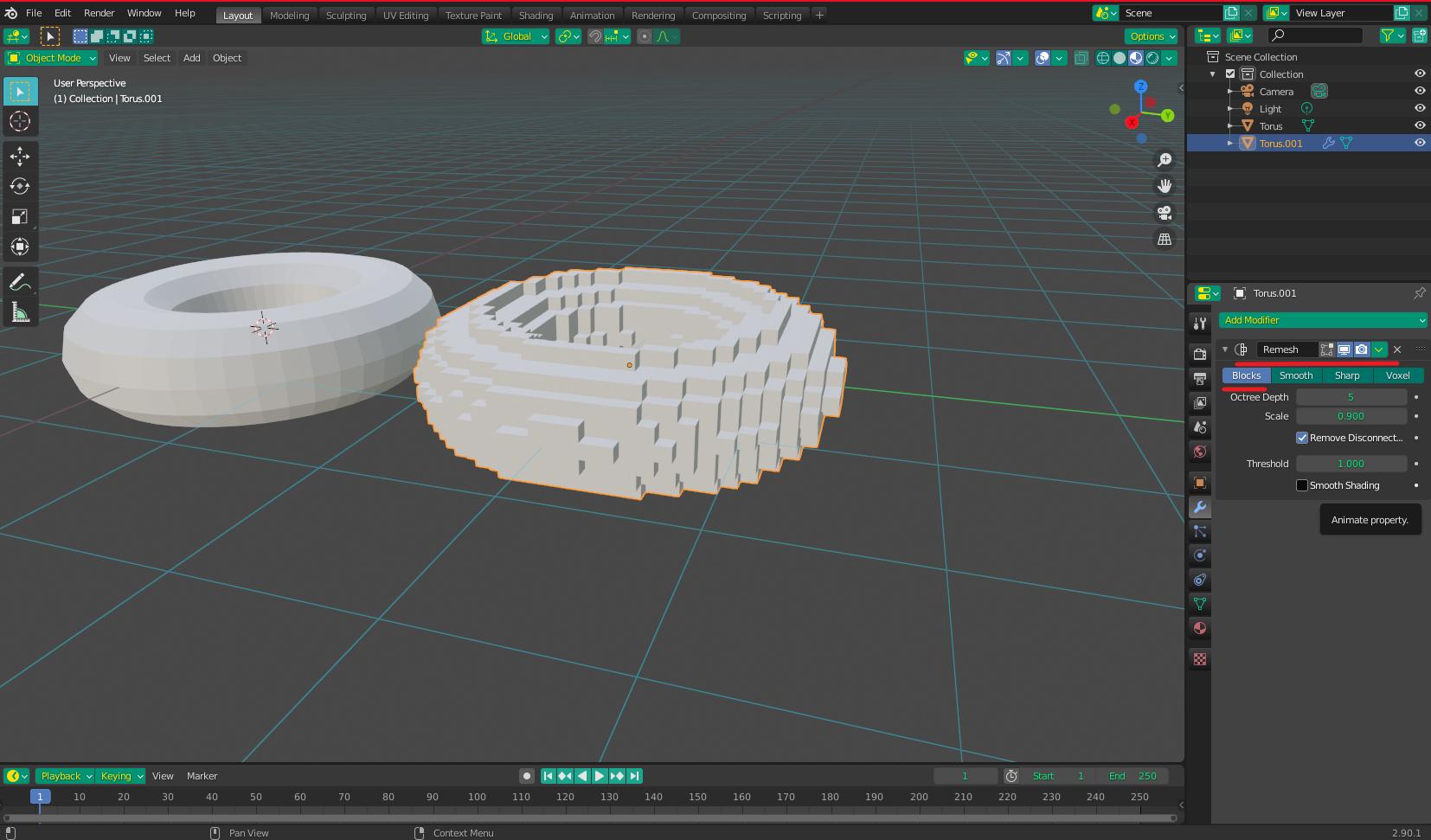 As the other answer already linked, you can use this plugin to export to .vox, and then use the tool you mentioned to convert it to a schematic.

To get colors to work, you need one material per color. Use a principled BSDF and set the base color to the color you want.