UV mapping node in the compositor. Why can't I subtract some pixels from the alpha channel with a mask?

On trying to answer this question, I can't subtract information from the alpha channel without running into borders that persist from the UV mapping node. Those borders come from the original image's alpha channel.

This is the setup I'm after, that shows the error: 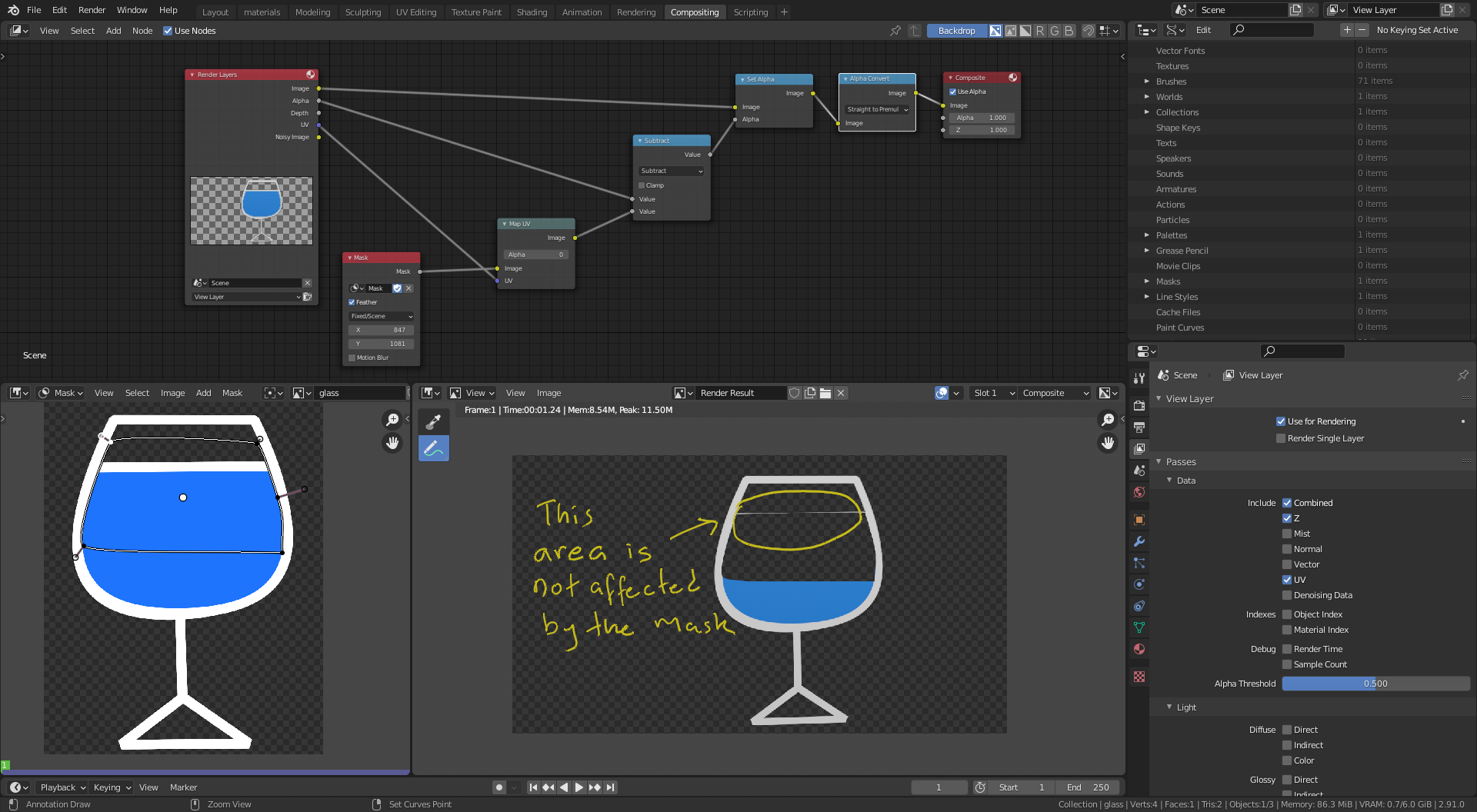 and the result of the subtract operation: 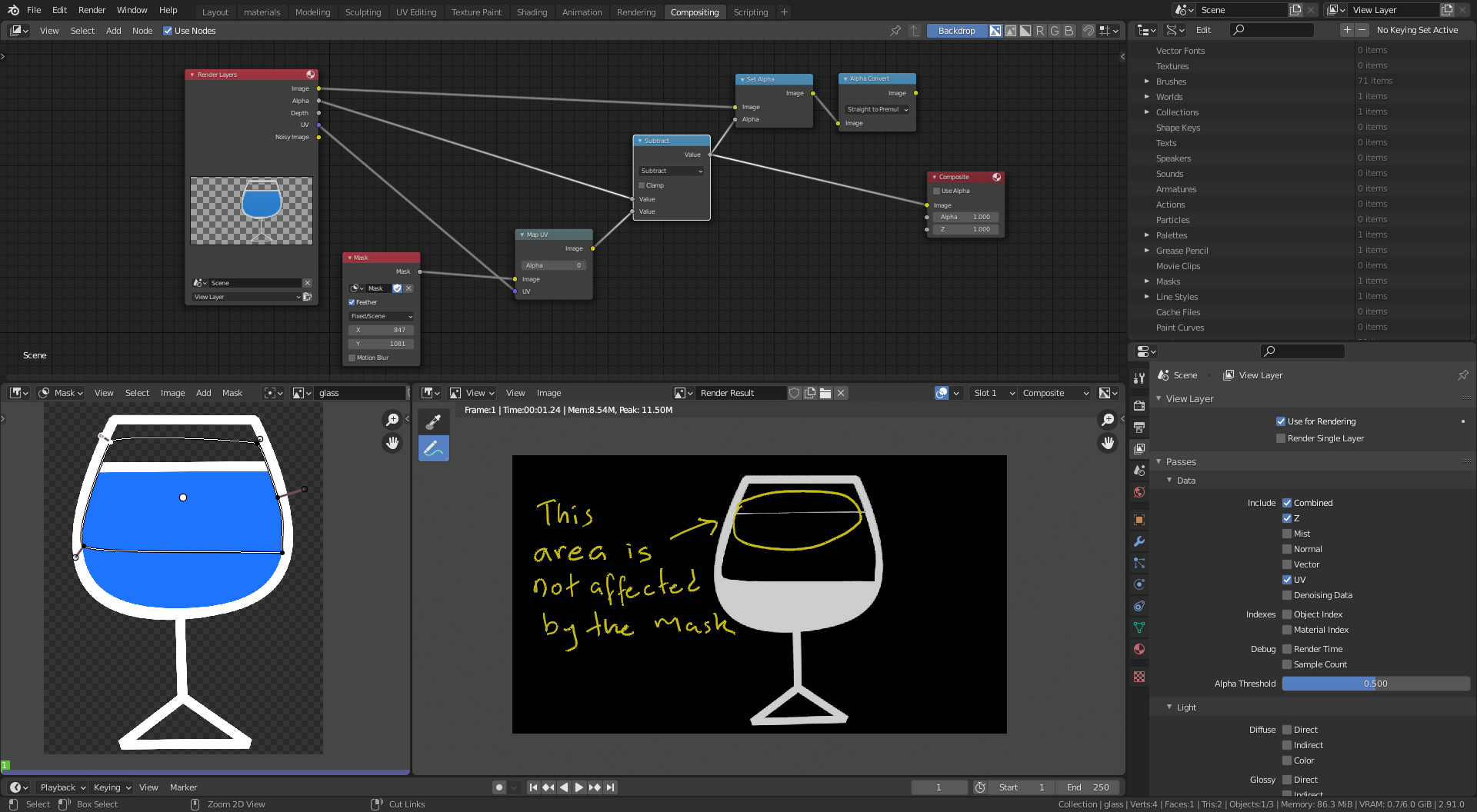 If you look at the mask going through the UV map, there are some edges that are not part of the mask at all, but are the edges of the original alpha channel of the image used in the texture.

The object in the scene is just an EXR image imported as plane, mapped to a principled bsdf, that uses the Alpha channel of the image as Alpha on the shader. 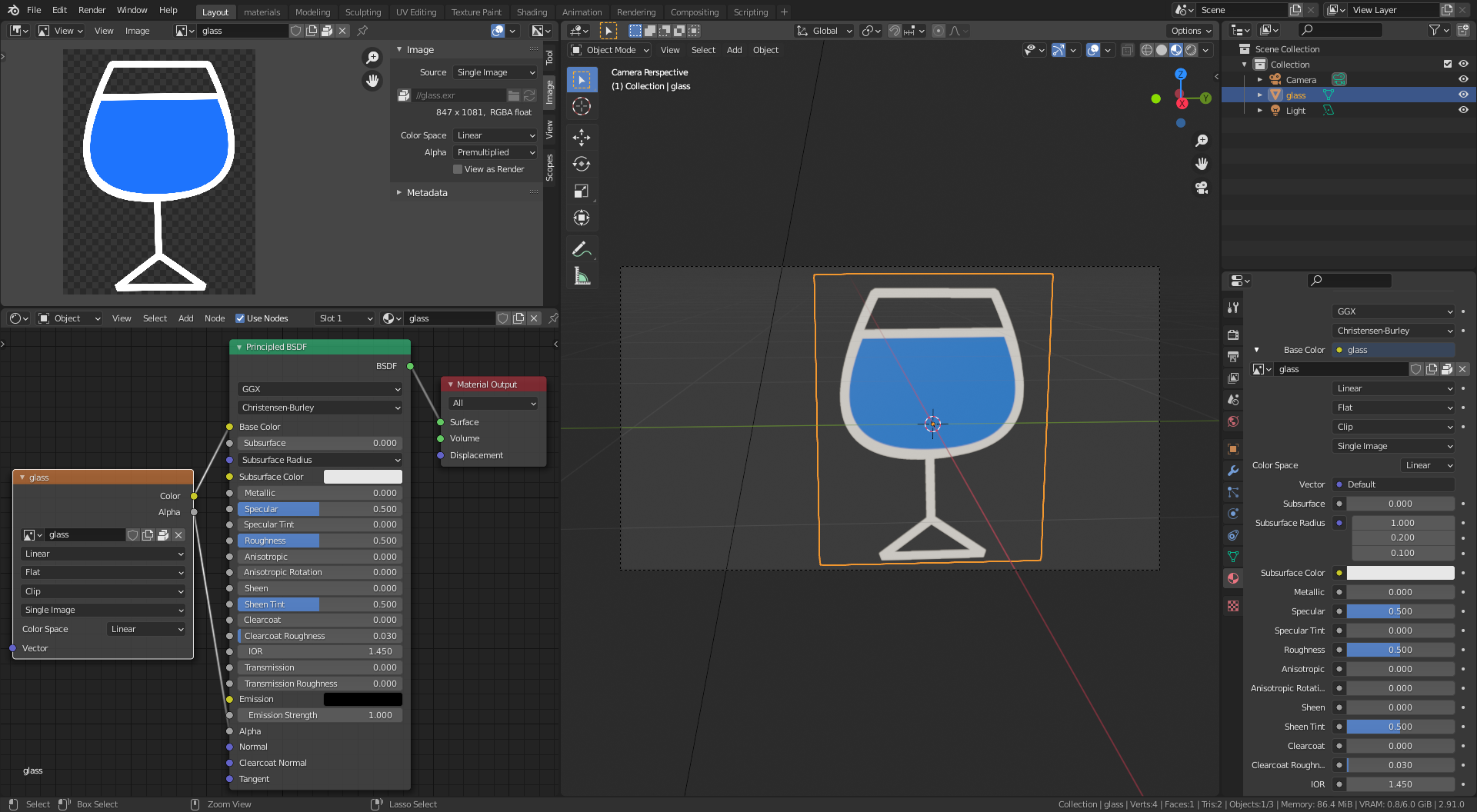 If I ignore the alpha channel on the original image, the mask shows correctly, but now the edges of the UV map show. 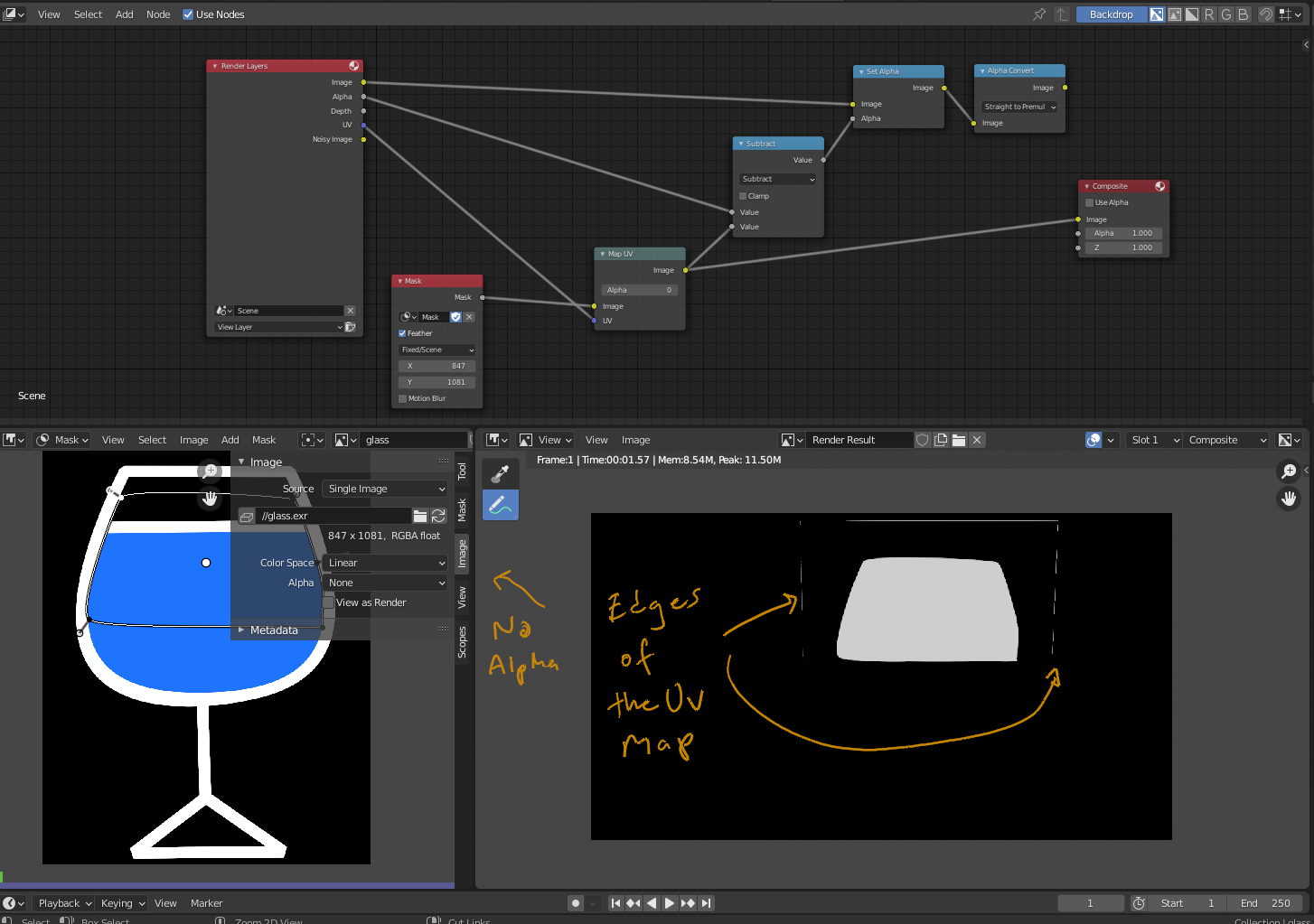 This difference is in the original alpha channel. 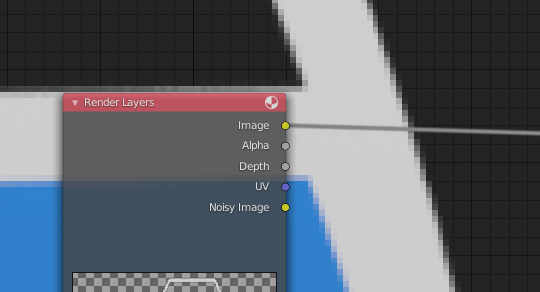 Not the answer you're looking for? Browse other questions tagged uv compositing-nodes transparency or ask your own question.