I have an image as plane imported in Blender 2.91: 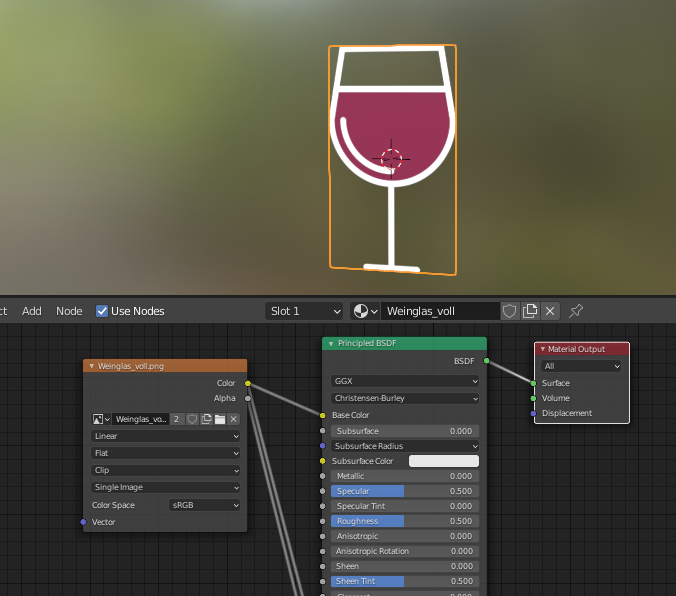 Now I want to mask off the red wine and then animate it so it would fill the glas:

Yes, it must be solved in Blender.

Tried it in Compositor with Set Alpha node, but the size of the mask does not fit and the alpha is not correct. Not to mention that I can not figure out how to bring this into shader editor... 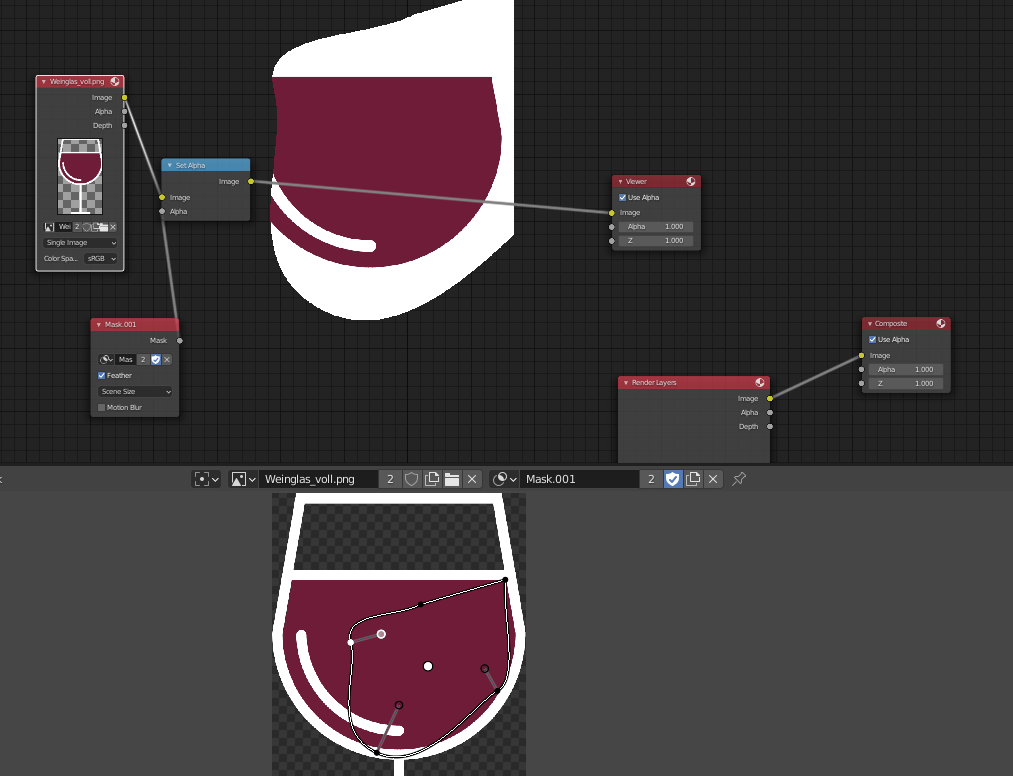 lehuan5062 had the idea to solve it with a shader: https://blenderartists.org/t/mask-roto-texture-of-image-plane/1278656/4

Since you will have to separate lines of glass from red wine and white line on wine surface (that has to be part of animated section), seems to me easier to recreate pictogram in some vector app (so you can work with always sharp and clean shapes), import as SVG and animate with Boolean Modifier.

It can be animated in similar way as shader version too.

From what I know it's the worst way ever to do something like this. Mask's shape can be animated by simply pressing I in Image Editor, but in a very limited way. From UI point of view there is not any feedback that key framing is happening, so open Dope Sheet Editor to to see them. The biggest issue is that animated points of mask transit along shortest way from key to key (see this question). It isn't such a big problem to animate straight point movement, but curvy part would has to be animated frame by frame = time consuming. 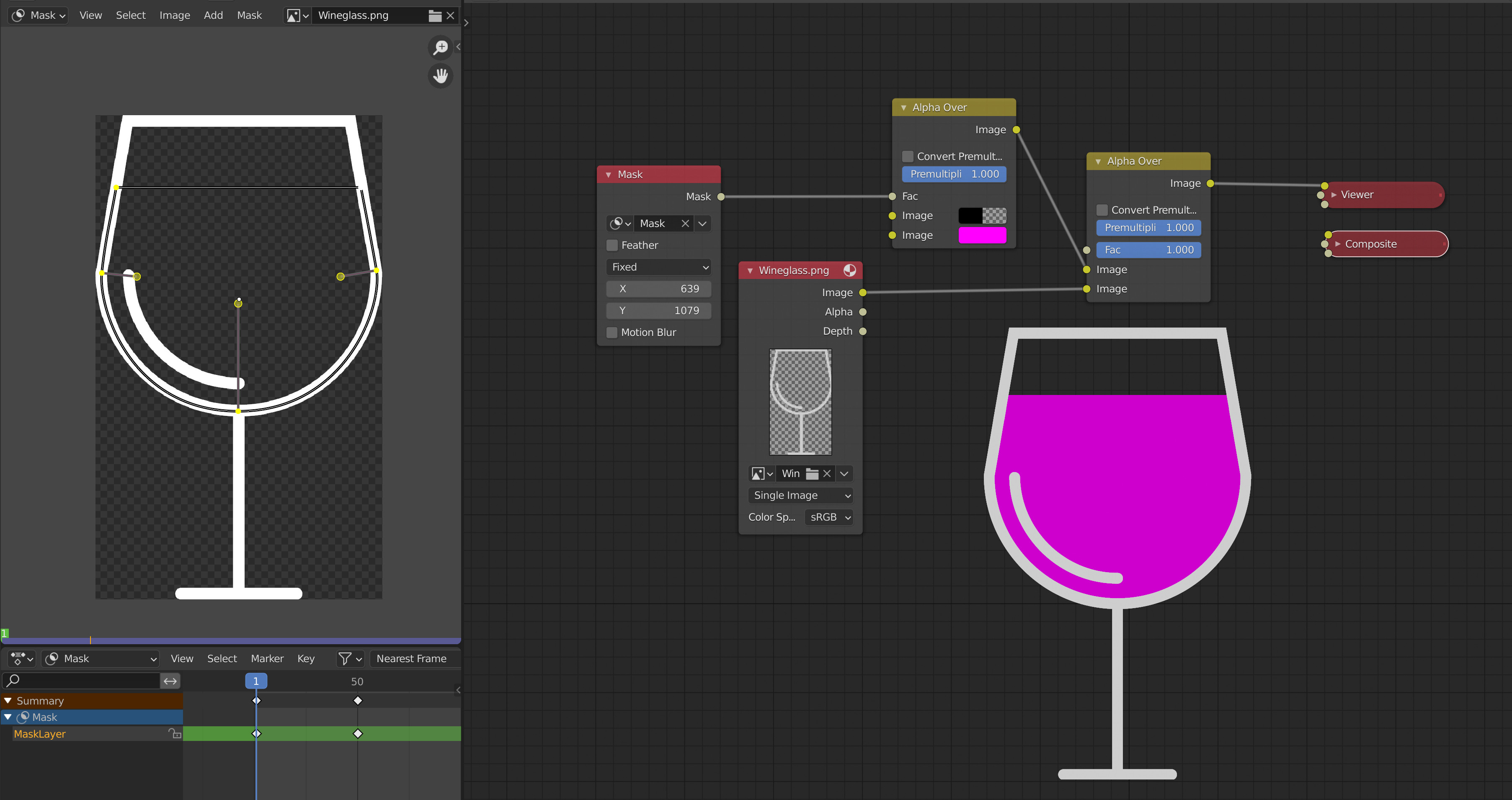 Thanks to the help of the community, the current solution to solve the wine is using shader nodes with a map range and a texture with a glas full of wine and one without wine. 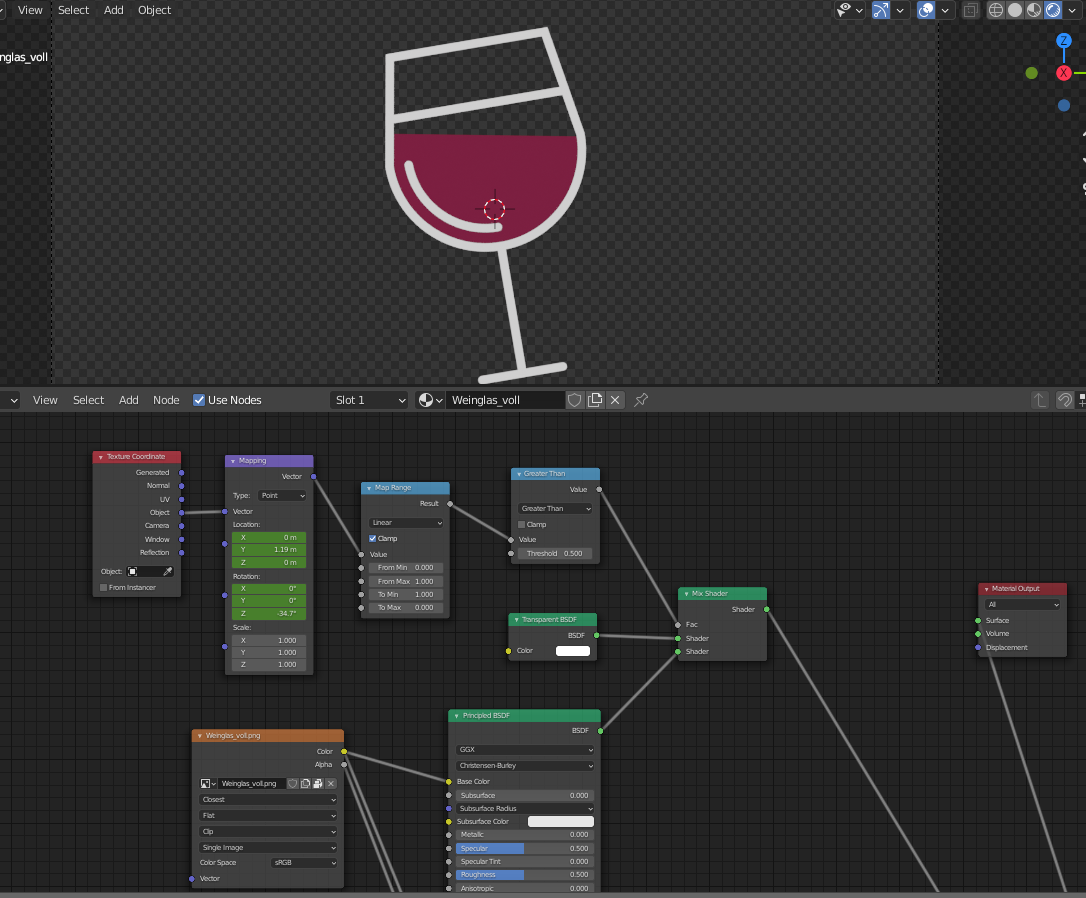 This is a solution, but still wondering how to create an animated mask on an image texture.

Not the answer you're looking for? Browse other questions tagged shaders compositor masking or ask your own question.

8
How to rotate mask around cursor?
4
Compositing video layers in 3D space
2
UV mapping node in the compositor. Why can't I subtract some pixels from the alpha channel with a mask?

7
Best practices for masking image layers for compositing?
3
How to crop image based on Alpha in Compositor?
2
Compositor doesn't affect Alpha plane
0
How do you create an animated mask for an image to show underlying video for v2.82a?
2
Image Editor does not show RGBA output from composite viewer
2
UV mapping node in the compositor. Why can't I subtract some pixels from the alpha channel with a mask?