Can I colorize hair particles based on the Emitters Shading?

I'm experimenting with CELL SHADED fur. The thing is that it doesn't look that great... I'd like for the hair particles to just take on the flat color of the surface where they're placed, after the emitter's been shaded.

I've experimented with the 'shader to RGB' node and geometry normals. Also, I thought about baking the shadows as a texture and then coloring the hair based on UV, but I think that it wouldn't work with animations, because the shading would change with each frame.

Here's how the emitter/ object looks after shading, without hair: 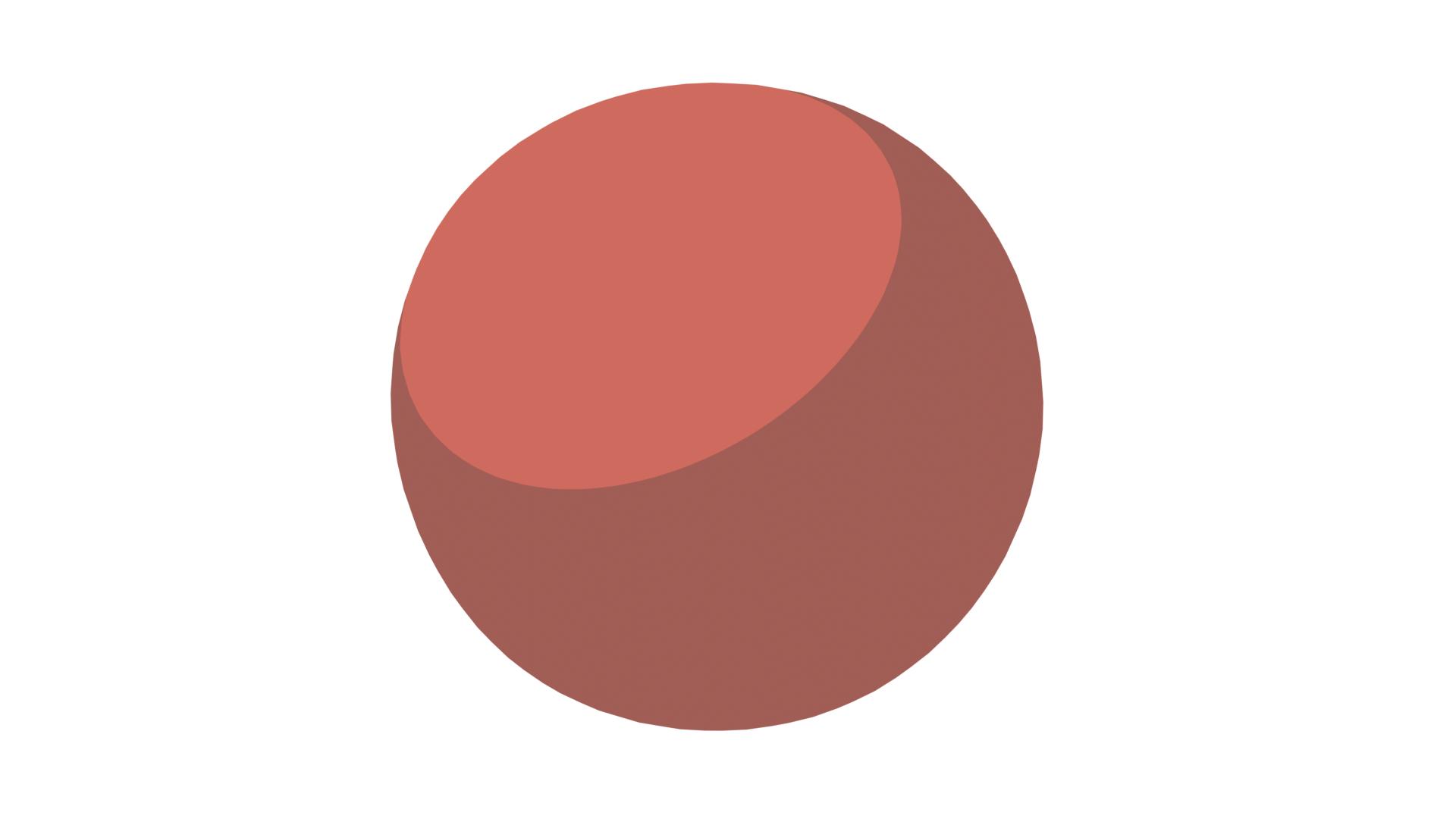 Here's what I wish it looked like with hair (based on the shaded sphere): 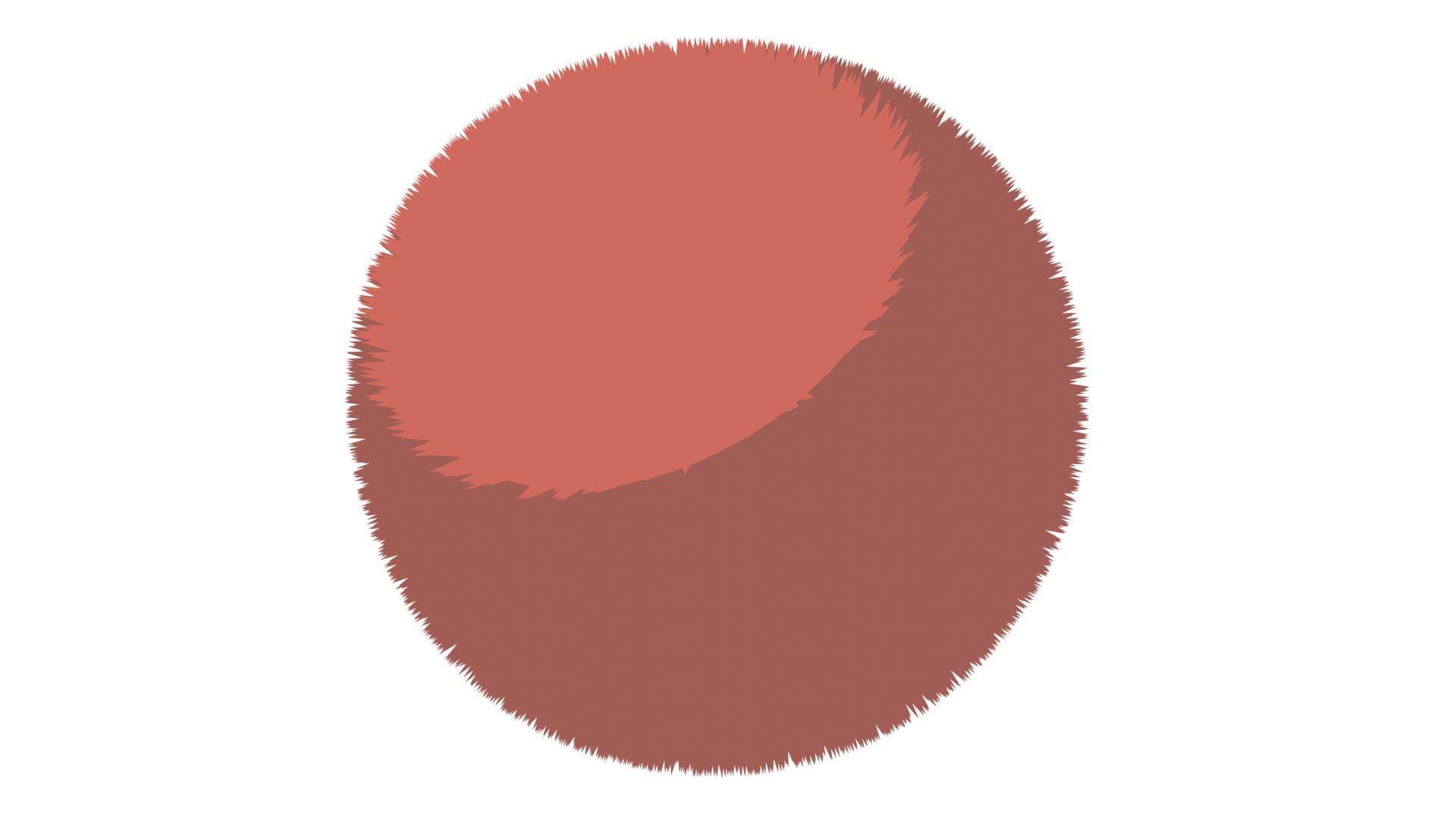 Here's what a normal cell shaded fur ball looks like: 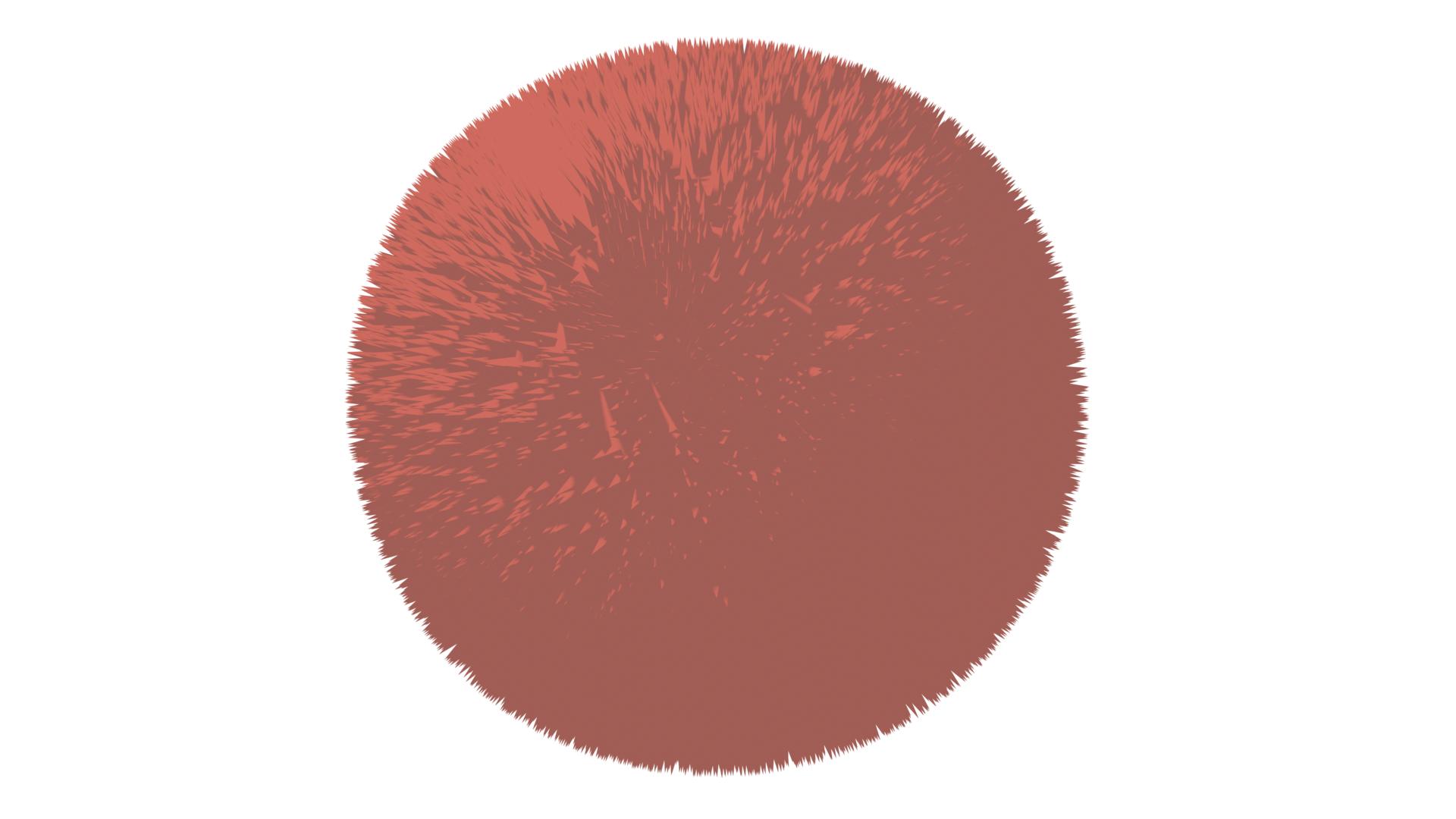 I think that the hair casting shadows is a big problem too...

Any tips would be appreciated. c:

Theory: Currently I don't think there's an easy way to pick the value of the shaded surface of another mesh and transfer to the built in hair strand, but we can copy it's normals orientation and use the same material and transfer them to another object.

We basically just neet to create a separate Object that will work as a particle system, but it's actually a mesh, so we can tweak it's shading.

If you want to know more, there's a YT video about the same technique used for making NPR trees foliage by David from Lightning Boy Studio:https://www.youtube.com/watch?v=DEgzuMmJtu8

Starting from a situation similar to this one: 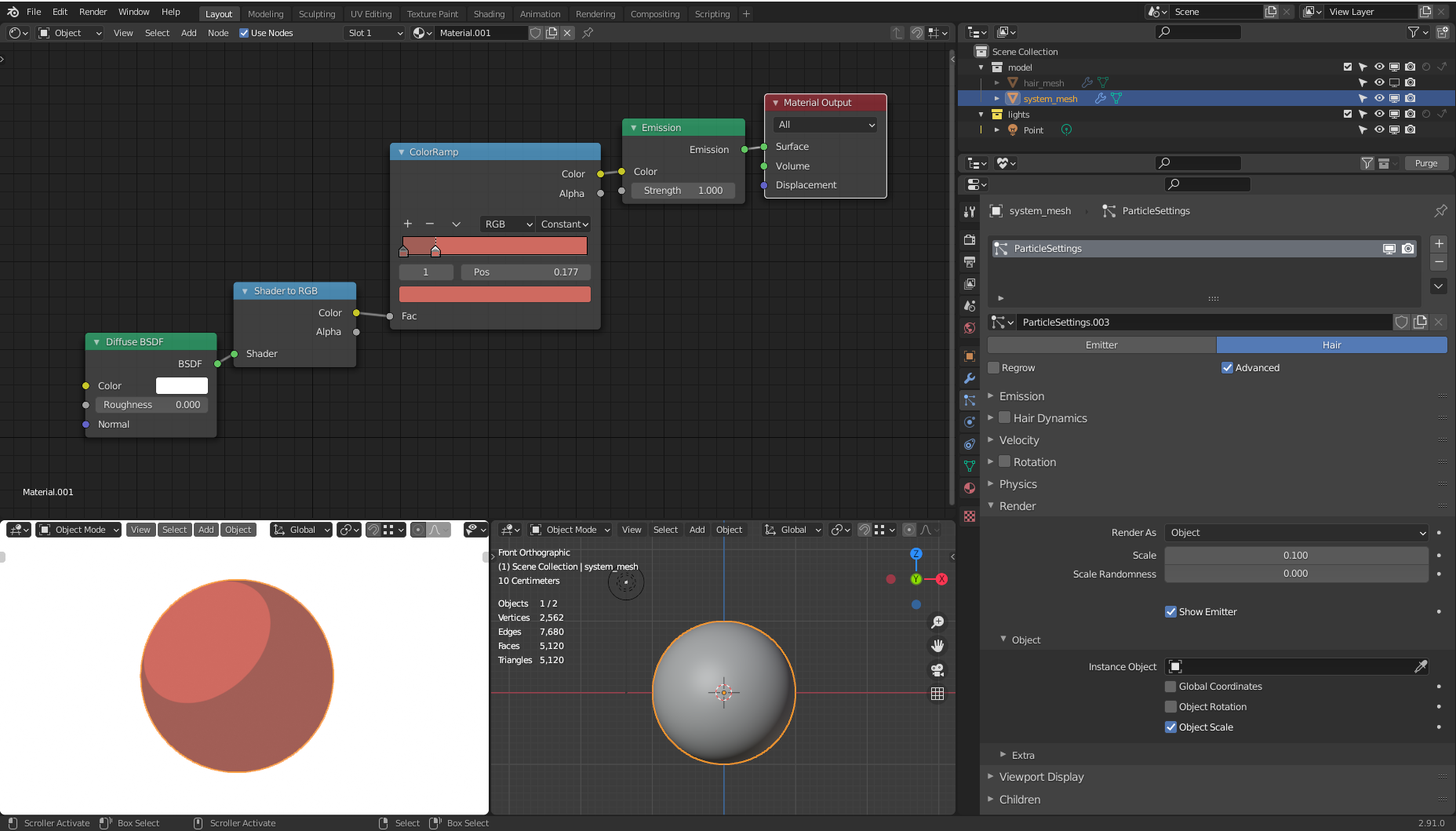 You need to create a particle system using an Object as Render instance.

Don't put any actual object in the Instance Object field, as we are going to use a Particle Instance modifier on another object.

Create a new object containing a custom strand shape mesh and add a Particle Instance modifier to the object pointing to the mesh with the particle system we created before (system_mesh in my case). 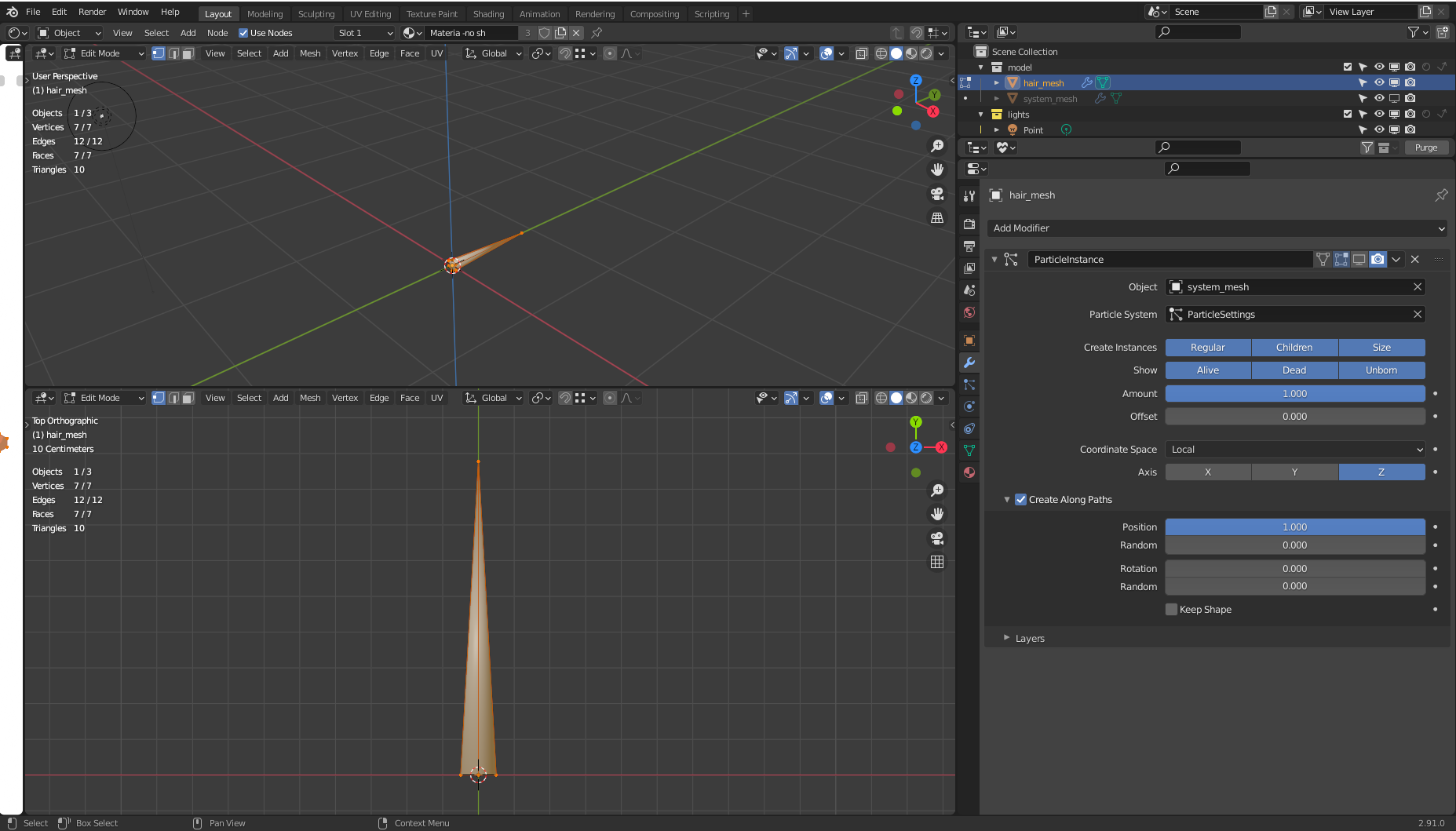 Now duplicate and assign the same material of the base mesh, we'll get rid of the shadow casted from the hair object by setting None in the Shadow Mode option. That's the only difference between the materials. 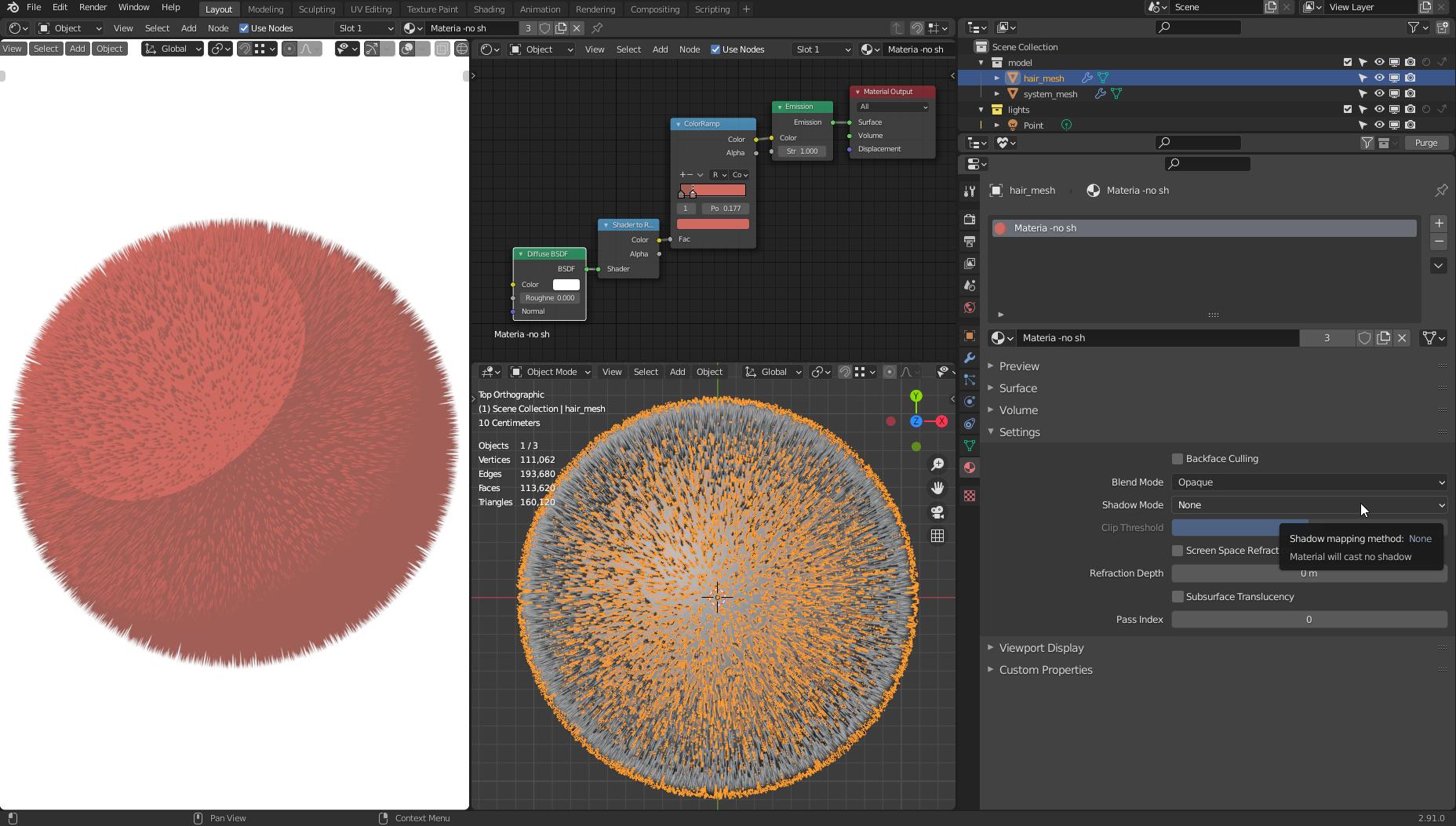 Note: you can obtain a great effect by actually leaving the shadow on and using the Soft Shadow fature an playing with the Cube Size and other light/shadow related parameters

Final step is to add a Data Transfer modifier to replace the shading normals of the instances with the ones from the nearest face. Remember to enable autosmooth and to set it's value to an appropriate value, in this case 180°. 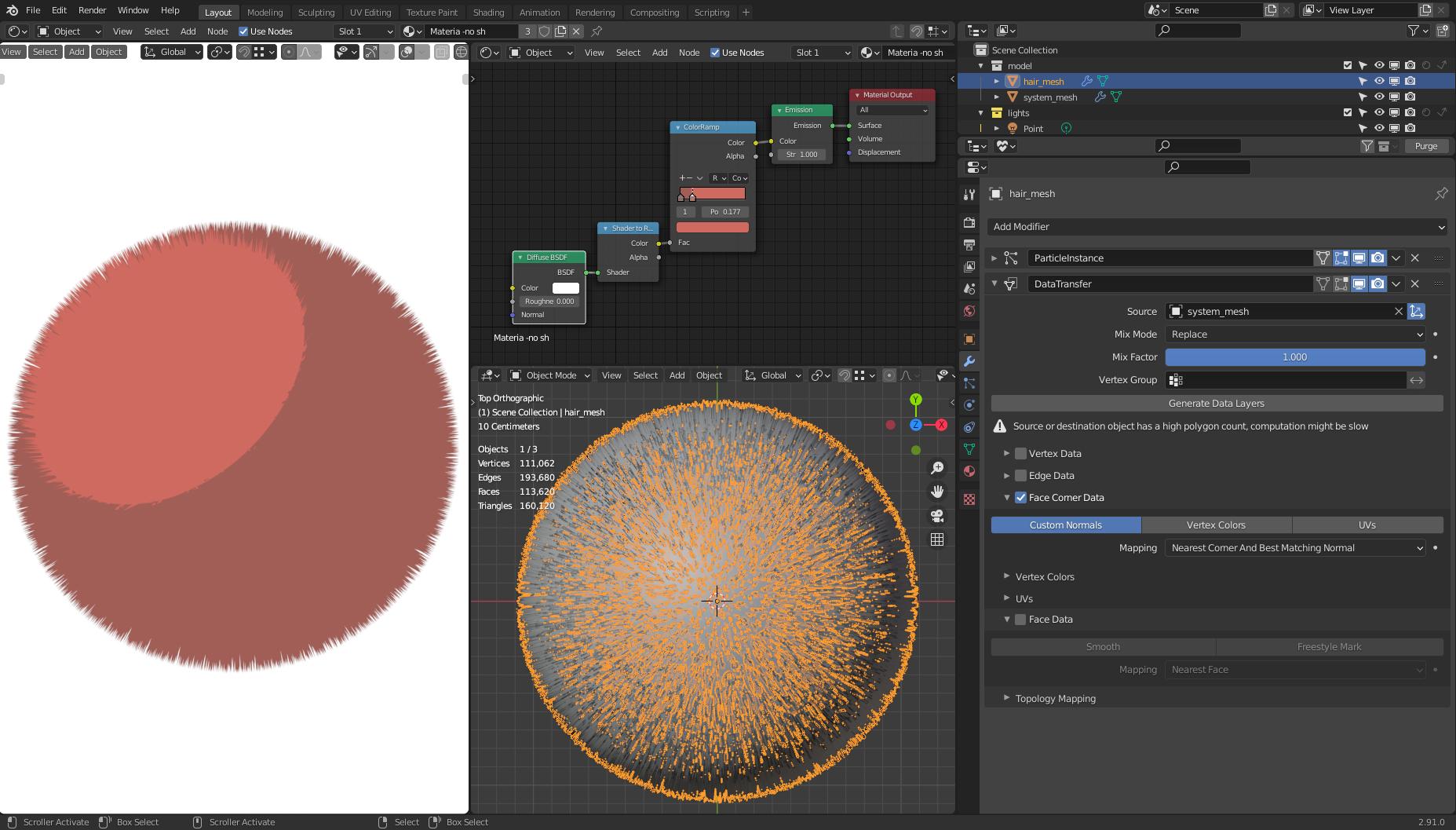 Final test and blendfile for inspection:

Not the answer you're looking for? Browse other questions tagged materials shaders eevee-render-engine shadows npr or ask your own question.

4
Hair particles unaffected by mist?
1
Making an emission shader which does NOT cast light
1
Using shadows as texture masks?
16
How can stipple shading be replicated in Blender?
0
Material does not react to light and looks shadeless
1
How to make the shading the same across all faces?
10
ignore self-shadows for a cel shaded effect?
1
Viewport shading option "shadow" not displaying shadow
1
How can I remove shading on a plane but still allow shadows from other objects to be cast on to the pane?