Why don't my objects reflect in the base plane? [duplicate]

I'm clearly missing something basic, and no doubt terribly simple. I've seen videos and tutorials on constructing reflective objects, and kind of even understand them (and I'm at least sure I'm exactly duplicating their material settings).

So, I made a large plane mesh, and gave it reflective material settings. Then I built three objects that I placed just over it (red blue and green). The objects are visible, they cast shadows, etc. But the plane does not reflect the objects.

What am I doing wrong? (Also, apologies if there are random strange characters; they echo right but when I go to the next line sometimes a few characters in the previous line change to random things! Gotta reboot I guess, even on Linux.) 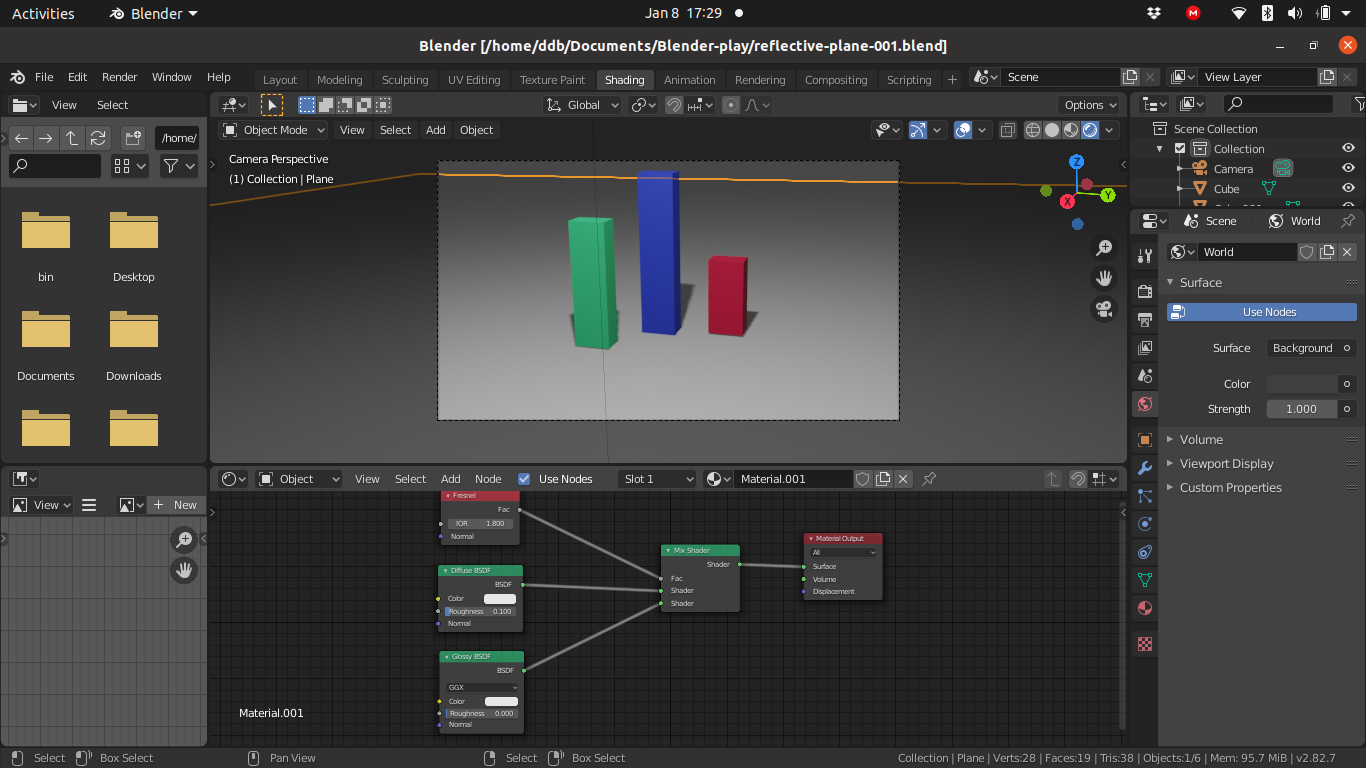 I was hoping to upload the whole project (it being trivial and hence small), but that doesn't seem to be an option. Blender version is 2.82.7, running on Ubuntu 20.04.1 LTS.

Check the Ray Visibility settings for each of your block objects. If glossy is unchecked, you won't see the object in reflections. 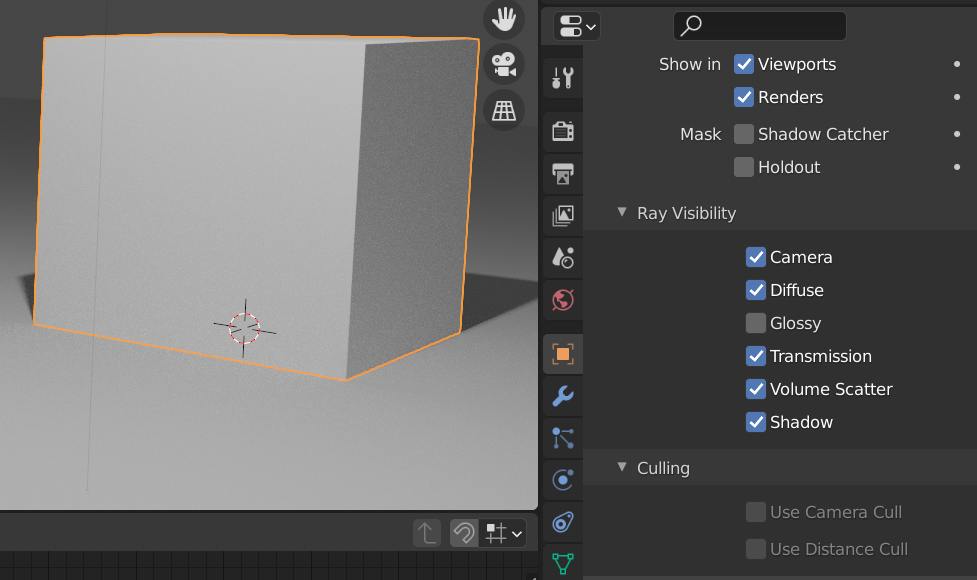 Not the answer you're looking for? Browse other questions tagged shaders reflection or ask your own question.

0
Reflective material don't reflect a mesh
7
How do I get proper reflections (Eevee)?

47
How to illuminate the darkness inside glass objects in Cycles?
4
Smooth shading / Sub Surface / Distorted render
0
Game Engine object getting darker as it scales
5
Bump mapping vs Displacement (plus displacement nodes in Cycles)?
0
Why do the two identical sides of this model reflect light differently?
0
Reflective material don't reflect a mesh
1
Water doesn't reflect the light
6
Why does my bathroom mirror distort so much?
0
How to overlay Slots on single object