Is it possible to rotate and move a face in one simultaneous motion?

I'm somewhat new to blender, and I've asked Google in every possible way to find an answer to this, but I'm stuck. My intention is to design a simple cable clip to 3D print. The cylinders represent the cables and are only there as reference. I'm trying to "wrap" the flat piece around them, using proportional editing to get a nice curve. I want to be able to both move and rotate that plane around and over, but I can only seem to do either one or the other, never both simultaneously.

It's extra frustrating because I also do sculpting in VR, and it's so simple to just grab the one end, and move it where I want while simply rotating my hand, all in one motion. I'm about ready to just go do it in VR, because it would take a few short minutes, while I've been here for almost an hour in Blender trying to figure this out. But it just seems like something that I should be able to do, and I'd like to know how for future reference as I plan on doing a lot more design in Blender for 3D printing in the future.

I'm guessing there's some kind of modifier I can use, but I was hoping to just be able to hit a key on the keyboard or roll my mouse wheel so I can perform both different actions at once. I've attached an image that will hopefully give you an idea of what I'm struggling with. Any help is greatly appreciated! 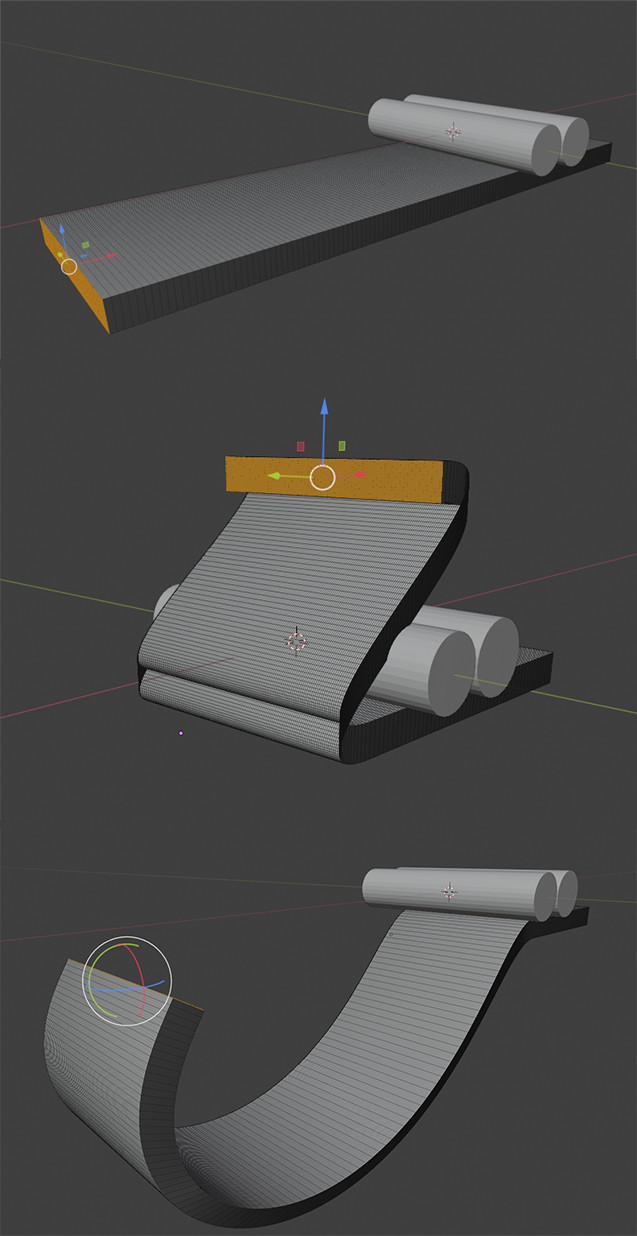 I strongly recommend user253751 suggestion. You should build this with a curve instead. You can do this in many different ways, but probably the best for you is using the curve's own extrusion properties. here is a little info on how to make curves 3D, but there's more in the curve editing chapter as a whole, which I recommend reading from beginning to end. Hope this helps!

7
How can I animate a mesh moving in a spiral fashion?
5
How to create reeling (spool) effect?

59
Is it possible to group several objects and then manipulate them (scale, rotate, translate) as one?
1
Rotating & Scaling
3
Why isn't parent offset visible? Any tools to help?
1
Nest complementary objects quick, without having to deform,distort?
1
Render keyframe with changed location without applying it