How can I apply color to a digital elevation model and a border?

I am trying to make a map from a digital elevation model using this tutorial. So far it's working well. I have a plane where displacement is set to the corresponding color/height of the DEM. And the map looks good.

I am now trying to color the map using a vintage USGS map. The map I want to use as a base color for my DEM-plane includes both the map itself and a border. I used GIMP to cut out the map-section from the USGS map and apply it to the DEM which worked, however I am now trying to add in the border. My first idea was to add a second plane directly under the first, use the full USGS map as a base color for this plane, and then have the plane with the elevation model sitting on top of it. Unfortunately, the plane underneath cuts into the DEM-plane at low elevation areas. 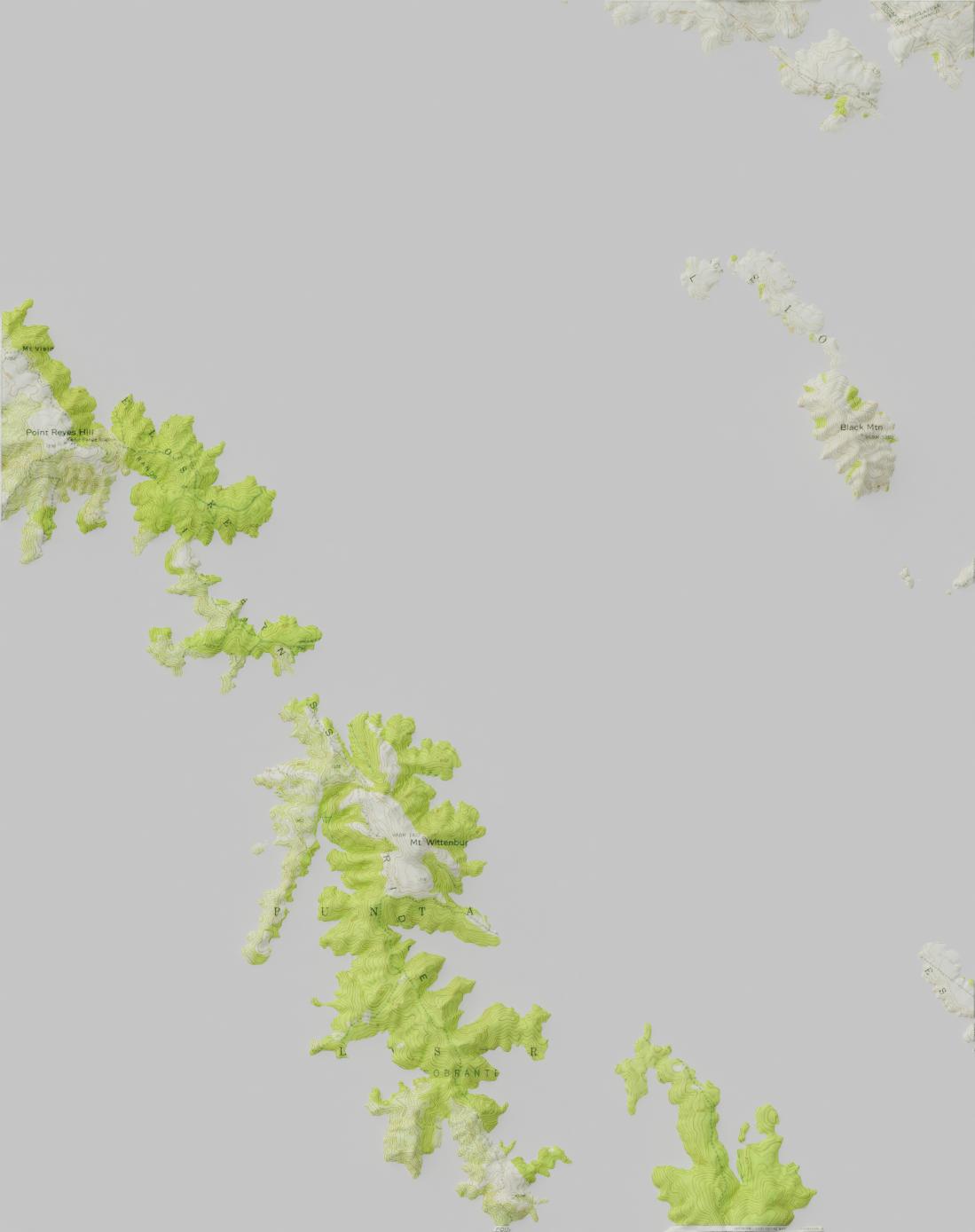 Next I tried applying a mask modifier to the base-layer plane, so that it is only visible where the DEM-plane doesn't exist. Upon adding the mask modifier however, the bottom plane disappeared completely.

Am I going about this wrong? Is there a way to do something akin to a clipping mask in Adobe Illustrator, where my base-layer-plane isn't visible in areas it is overlapped by the DEM-plane, or is there an entirely different workflow that would work better? The effect I'm going for is something akin to Scott Reinhard's maps, where the elevation appears to be sitting on top of the paper it's printed on.

I'd be really grateful for any advice here. This is my first time using blender, and it probably shows. Thanks in advance for your help.

Ultimately the solution I found that seems to have worked is just adjusting the z values for the layers in question. I Set the base map at 0, then the elevation model 1. This may not be the most elegant solution (again still new to blender) but it seems to be good enough, and easier to implement than some sort of clipping mask.

3
I need to do a very simple terrain with texture map
4
How to texture a DEM data with satellite imagery on Blender ?

2
How to create a seamless low poly terrain with displace and multiple planes?
8
Create height bitmap from mesh
4
Is there any way to generate Inverted or taper geometry by using displacement?
3
Rendering wireframes from simple black and white image (DEM)
4
How to use image textures to displace and colour planes to create a 3D bar chart (for data visualisation)