In many models, many objects have vanished and just appear as dots. Why?

A bunch of my models suddenly look very different in Blender. Some objects look unchanged, but most of the objects in any given model only show up as an orange dot at the object's center. In these cases the object itself is invisible, and yes they are all marked as visible and renderable.

Some models have dozens of objects and almost all of them have this useless behaviour. Closing and reopening Blender did not help. All the objects are meshes of simple shapes, combined with boolean operators (just about always Difference.)

I assumed I'd somehow corrupted Blender, so I deleted it and installed 2.91 (Linux). I opened models and the problem still exists. I can only assume there's some strange setting that's sticky across installations and models, but I'm still moderately new at Blender so I'm only guessing.

I have a lot of complicated models at this point that I do not want to lose. I don't want to try editing them (not that I could see what I was doing) for feat of doing more damage. Can someone walk me through fixing this?

This should look something like a vacuum tube (and used to): 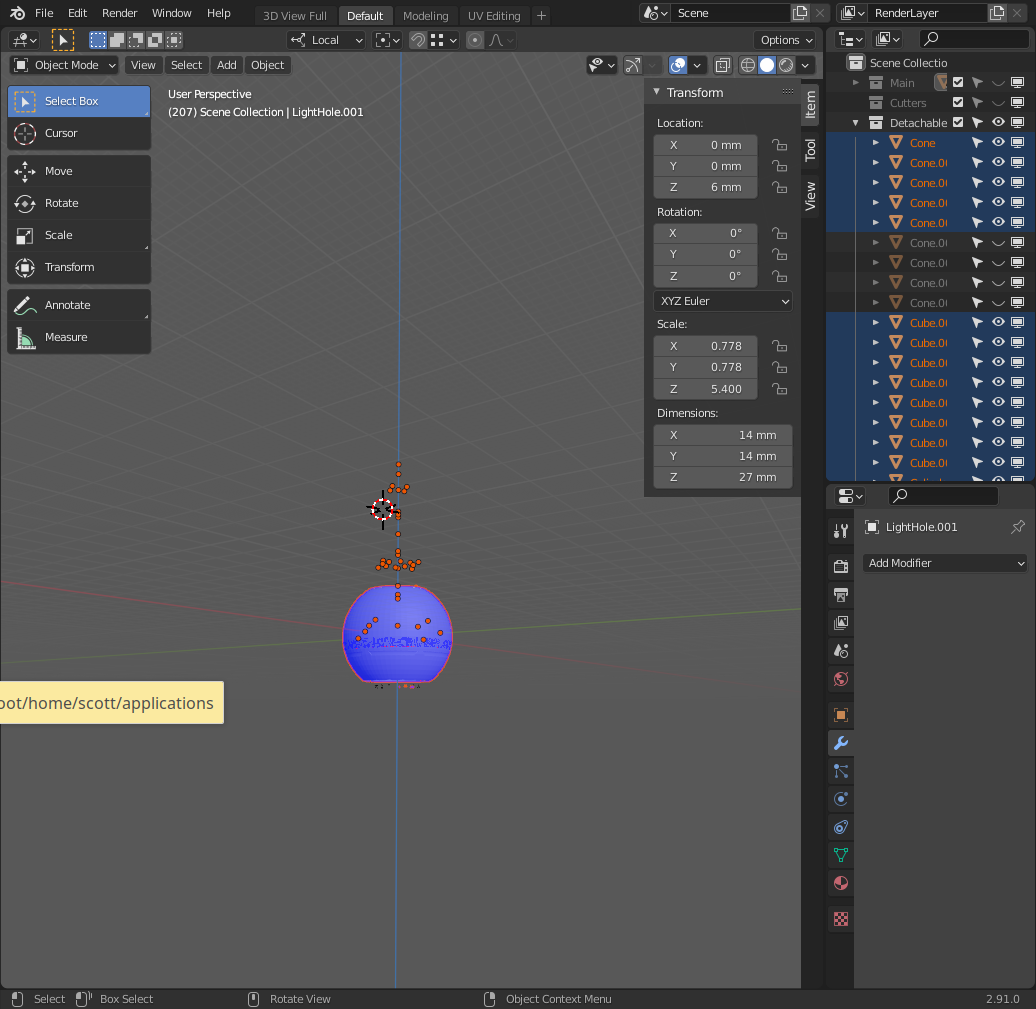 I rebooted the system, and perhaps related, switched from Cinnamon's software rendering to hardware rendering in the reboot (but it's been set to software forever). The problem went away.

Not the answer you're looking for? Browse other questions tagged objects linux or ask your own question.

15
AMD GPU Material in "material preview mode" and "rendered mode", is entirely gray as background. Only outline is displayed

53
How do I make multiple Blender objects into one?
1
Environment choice for a color-only objects
0
How to import many images so assign to texture_node and duplicate "n" times objects and materials?
2
Where have my objects camara and lights gone?
4
Why do some selected objects have a yellow outline and others have an orange outline?
1
Why have objects moved from their original positions when I reopen my Blender file and how do I fix it?