Can a Lotus Kalam be done in Blender? 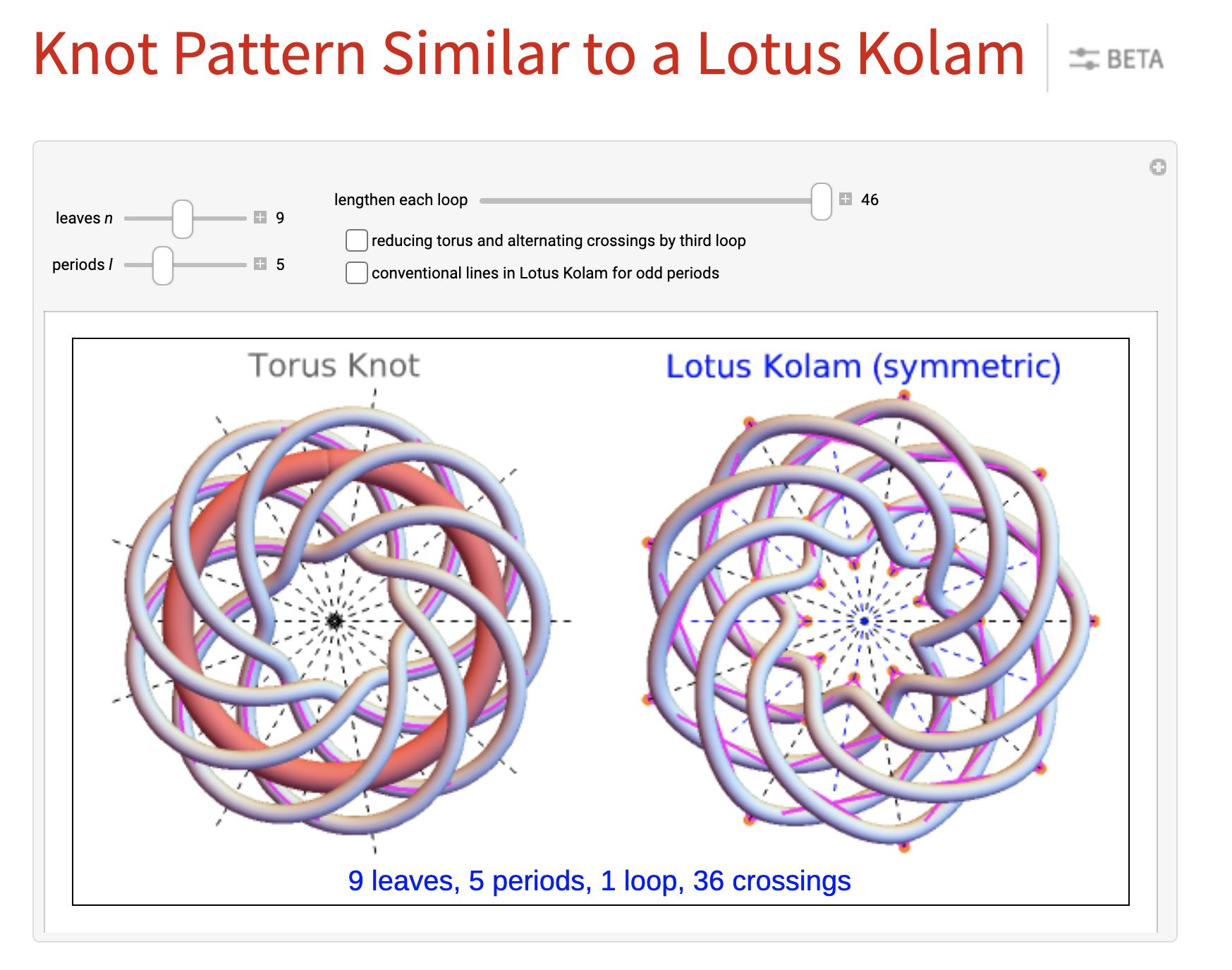 All the settings are there as to how it's done in Mathematica.

Is this enough for determining how it could be done in Blender?

My first thought and goto was Curves / Torus knots.

I'm not sure what information, based on the example would go where. Or even if that's the best (or only place - code maybe / nodes maybe) to work this out.

Another possibility, based on the example, maybe a base curve rotated via empty using the array modifier?

Kolam (Tamil: கோலம்), or also known as Muggu (Telugu: ముగ్గు)is a form of drawing that is drawn by using rice flour, chalk, chalk powder or rock powder, often using naturally or synthetically colored powders, in Sri Lanka, the Indian states of Tamil Nadu, Karnataka, Telangana, Andhra Pradesh, Kerala and some parts of Goa, Maharashtra as well as Indonesia, Malaysia, Thailand and a few other Asian countries. A Kolam is a geometrical line drawing composed of curved loops, drawn around a grid pattern of dots. In South India and Sri Lanka, it is widely practised by female Hindu family members in front of their houses.1 Kolams are regionally known by different names in India, Raangolee in Maharashtra, Aripan in Mithila, Hase and Rangoli in Kannada in Karnataka.[2] More complex Kolams are drawn and colors are often added during holiday occasions and special events.

I don't get the impression that this is "the" Kolam as much as "a" Kolam based on the definition.

If the question is not about mathematical accuracy, that can be done easily with a curve (or some segments), a circular array and a weld modifier, as you mentioned in the question. 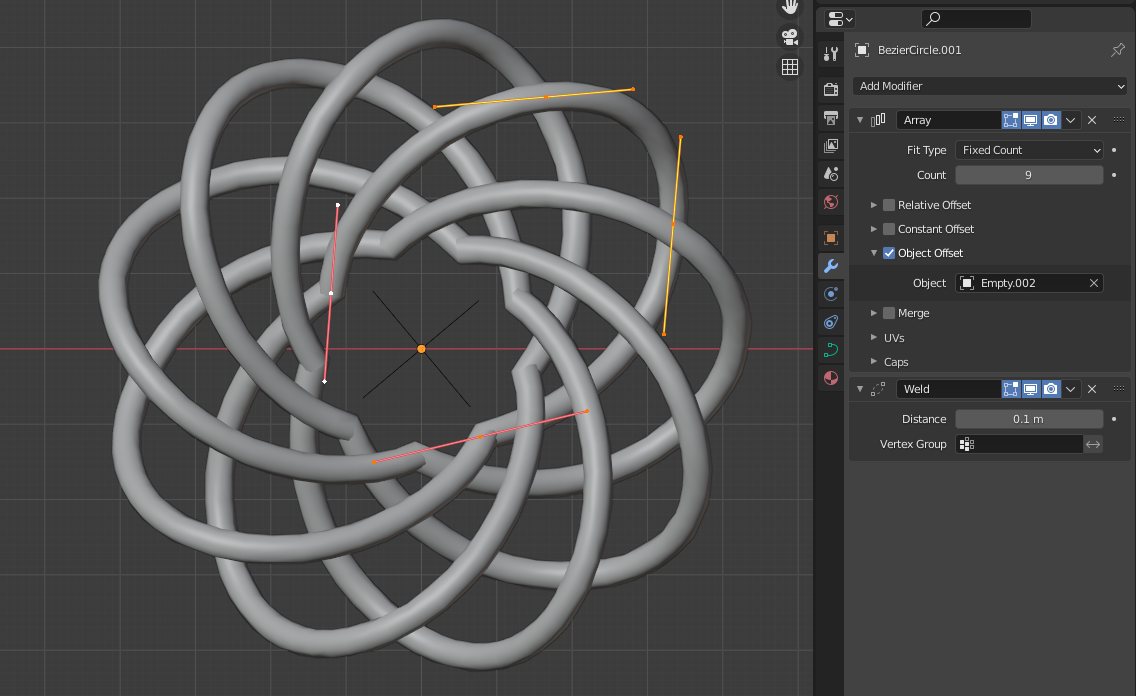 Start with a curve circle, in edit mode open it (toggle cyclic) and shift it from the center.

Add a weld modifier with a relatively large distance (that makes the next step easier).

Now adjust the "open circle" extremities so that they join.

If you want it in 3d, move the two other vertices up and down. 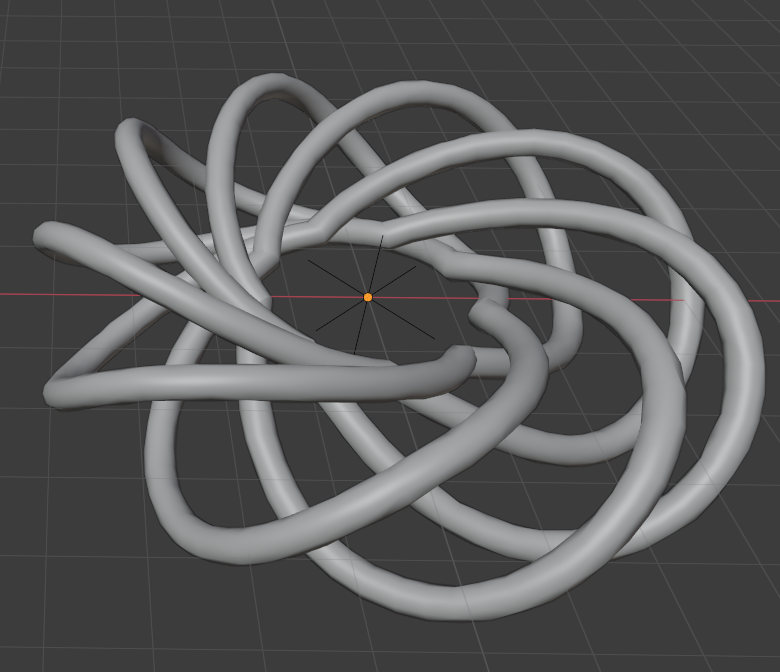 You can also do something similar starting from a mesh:

1
Does Blender remember every manipulation done?
0
Blender. How can i separate mesh / Edge
0
How can I modify the thickness of an inset after it was done?
0
What has been done with this object?
2
Can this be done by physics in Blender?