I've been following the cyberpunk jacket tutorial I got by Travis Davids and everything has been going mostly smoothly until now when I imported my garment from Zbrush and Substance painter to Blender and something clearly is wrong but I'm not sure what it is.

Here is what it looks like in Substance painter 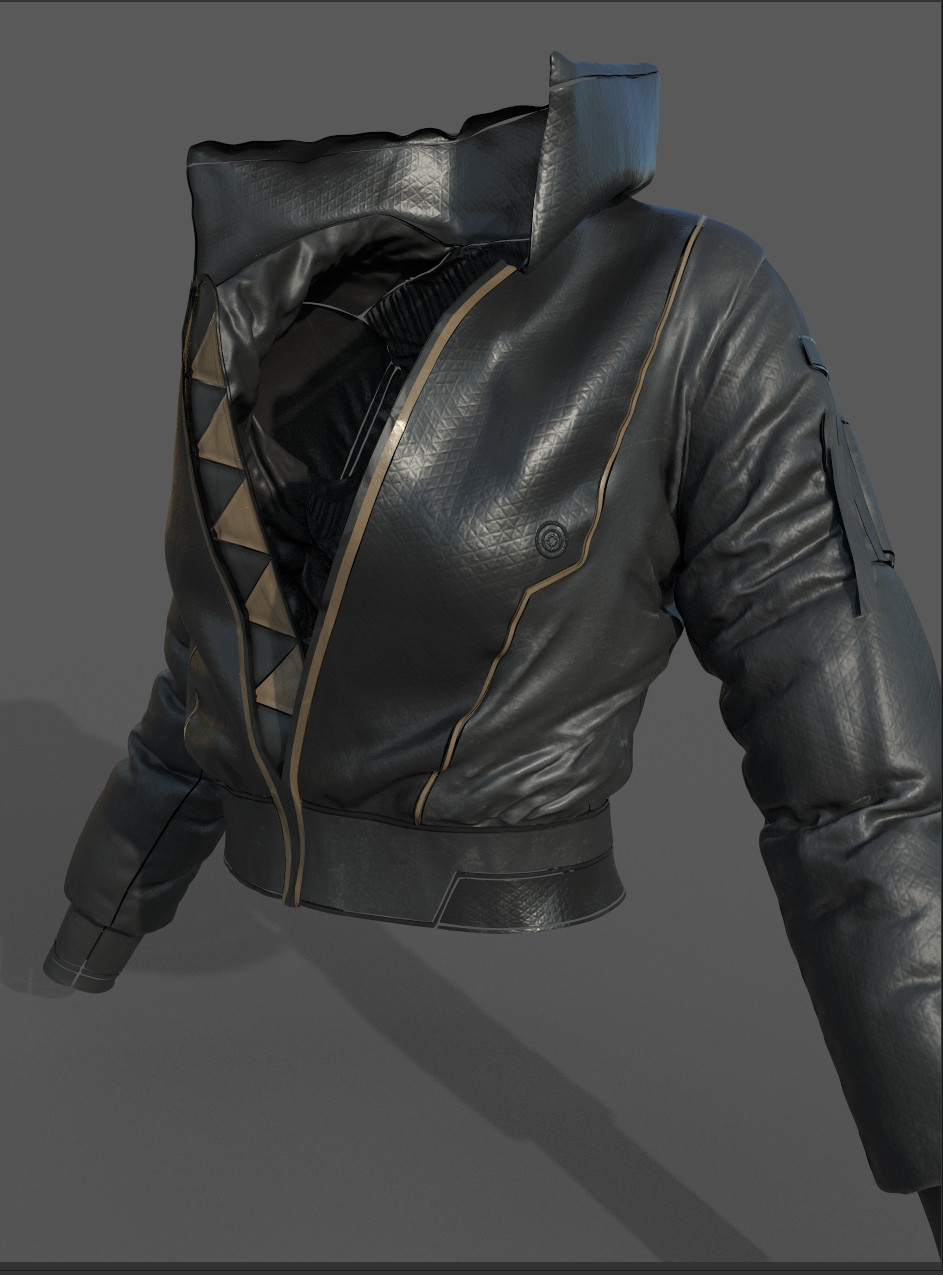 And here is what it looks like in Blender 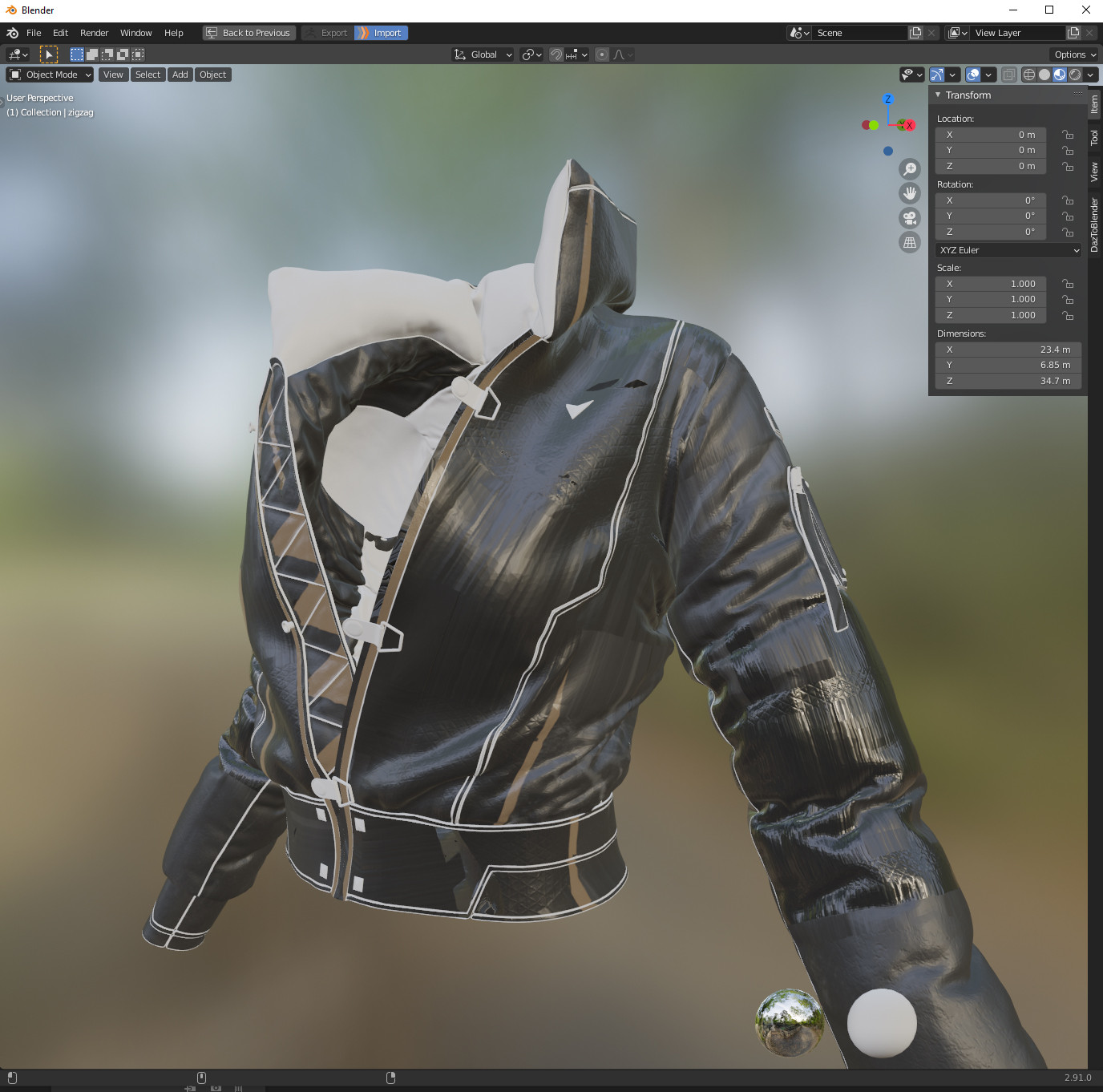 As you can see some parts look right but most of it doesn't. The fact that it looks fine in Substance but not blender makes me think there's something missing I have to do either in Blender or when I'm exporting to Blender.

In the tutorial, he brings it into Cinema 4d to get the final render but I'm using Blender.

I followed this tutorial on how to export Substance to Blender https://youtu.be/EiAQqOZqGHc.

Does anyone have any suggestions? I would greatly appreciate it!

I figured It out!

I noticed the UV is flipped when I compared Blender to Substance so I flipped it in Blender and manually aligned it and it's fixed now!

Not the answer you're looking for? Browse other questions tagged texturing materials uv export zbrush or ask your own question.

5
What is a good workflow between blender and 3d coat?
2
SCULPTING: Is it possible to keep base mesh vertices in place while subdividing?
0
Trouble baking normals from a high poly mesh to low poly mesh using Blender and Substance Painter
0
UV issue when importing model to Substance Painter