Does instancing work with boolean modifier?

I am looking at trying to create a flexible system that allows me to place hole patterns on part I am making. Basically it is a riot shield and I want a hole pattern on it.

I am trying to use instancing to create the hole pattern but it does not do anything. So I have a plane called shield1. I have another plane with subdiv modifier called holes1. I have a small cylinder parented to holes called cyl1. Holes1 has instancing set to vertices. When I try to add boolean modifier to shield1 using the instanced holes1 nothing happens.

So does instancing even work with booleans or modifiers?

If you don't mind a destructive approach you can convert all instances in real objects and use them in the boolean.

With the instance object selected Ctrl+A>Make Instances Real to convert all instances in actual objects, Shift+Select an Object to make an active, Ctrl+J to turn all instances in one object and use this as the boolean object.

The point instances aren't "real" geometry when you instance them. They're instances, which follow their own rules. But in 2.93, it's possible to turn GN instances into real geometry just by following them up with any sort of modifier, after which a boolean will work properly: 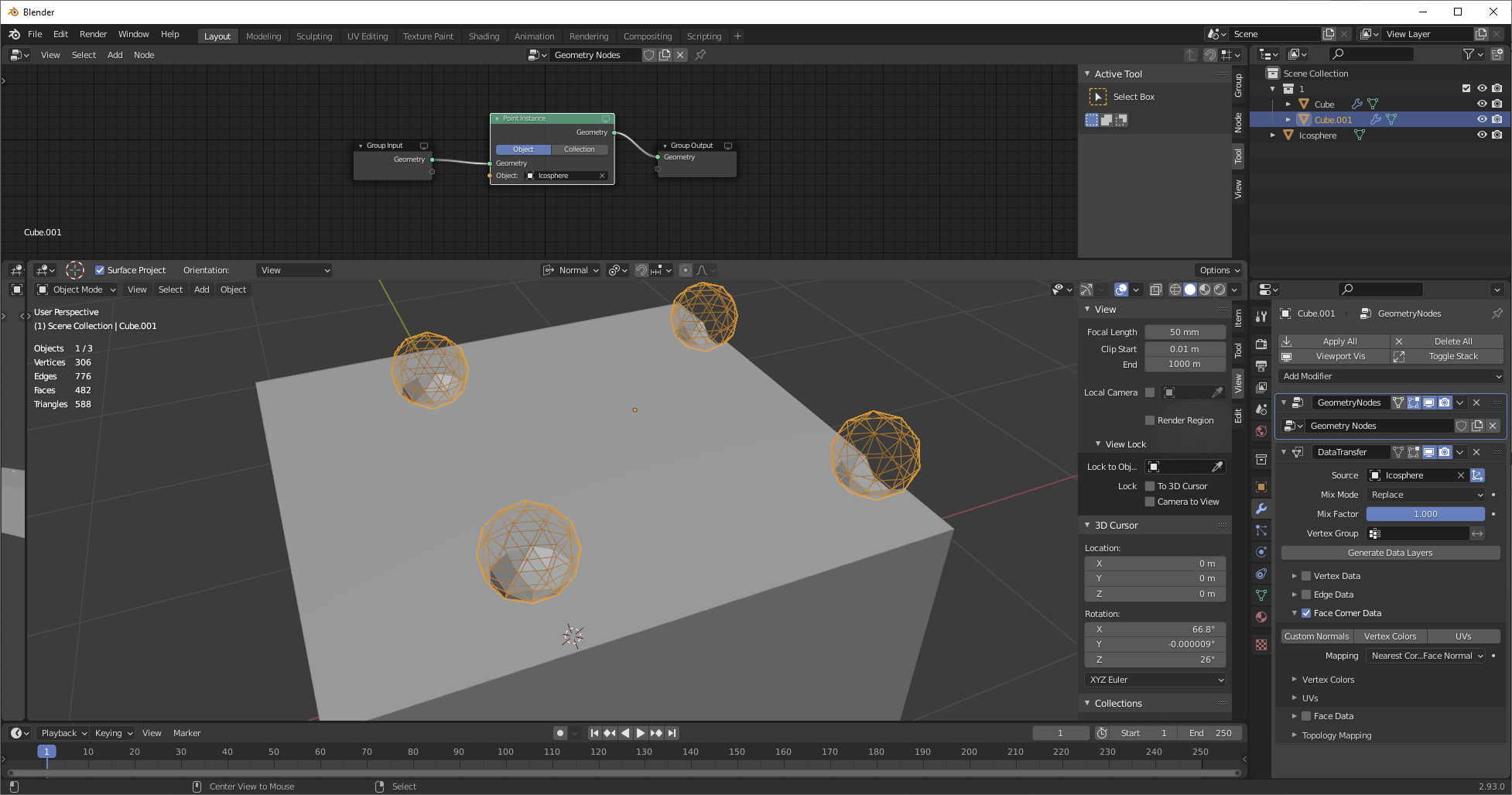 You can see here that I'm using a modifier that isn't even doing anything. Note that some modifiers look like they're smart enough, sometimes, to know when they're not doing anything, and so don't even make real geometry out of instances on certain settings (a 0.0 strength displacement, for example.)

Not the answer you're looking for? Browse other questions tagged modifiers instances or ask your own question.

12
Creating a truck exhaust mesh
0
How to make Snooker holes with boolean?
3
How do I make a hole and resize it later?
1
Cut out shape in mesh without messing up the mesh completely!
0
extrusions and boolean modifiers
1
Help with booleans
2
Booleans modifier glitching meshes
0
How to wrap and boolean around a cylinder?