I have been working with a blender file for a few hours with no issues. Then all of a sudden, I noticed the the lighting had changed in the Modelling view. I went to check how it came out in a Render and the render is completely black, with some tiny white dots which seeem randomly placed like stars.

The scene looks like there is a load of ambient lighting still there when I disable the sun effect in the World tab. Yet despite the extra ambient light (which I don't want) AND the sun clearly shining away in all of the edit views, the render is black and I can't work out why.

I will post a screenshot and my Blend file below: 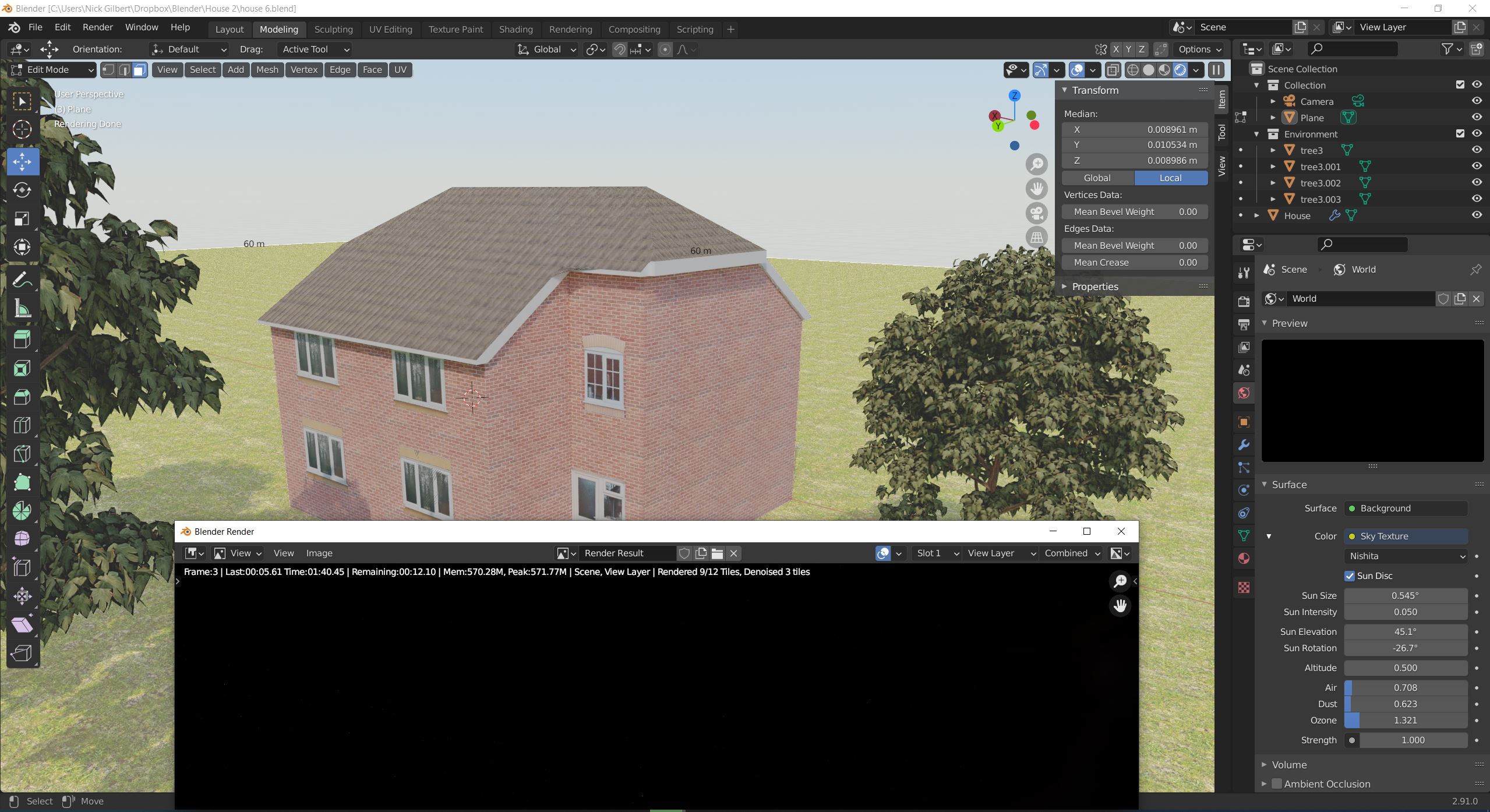 Here is my .blend file: http://files.staging.x-rm.com/nick/house6.zip

Check your Scene settings, you've chosen your house as Camera, select your camera instead. Selecting another object than a camera may be useful sometimes to see what an object is pointing towards (for example select a light and press Ctrl0): 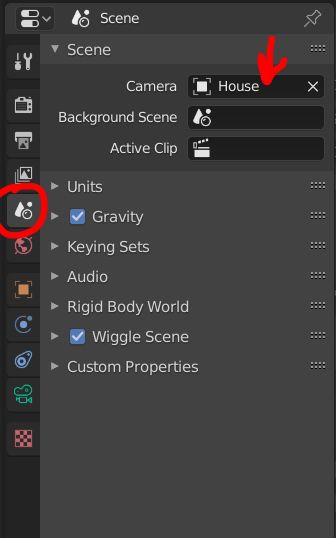 As for the light, it's your world that lights up your object, open a Shader Editor, switch to World and see, you have a Sky Texture plugged into the Output.

If you don't want the world to light up the scene you can unplug its nodes or play with its Ray Visibility settings: 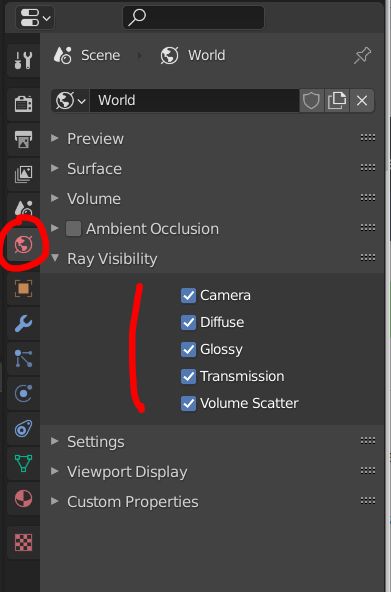 Edit: Additional edge loop in order to sharpen your roof (but Subdivision Surface modifier doesn't seem necessary here, it is supposed to round the shape with virtual subdivisions): 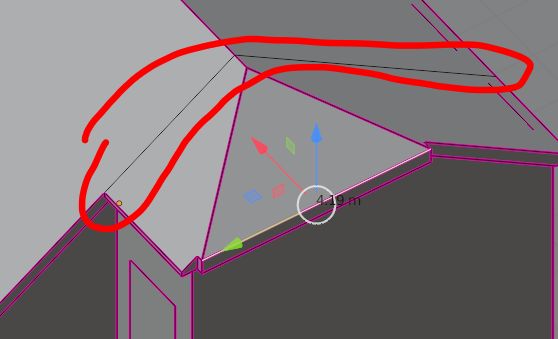 To get a proper displacement for the material called Pantiles you need to unable Material > Settings > Surface > Displacement > Displacement Only. But as your topology is not very good the Subdivision Surface modifier subdivision won't be very good either, you'd better rework the topology a bit so that it is made of regular square faces: 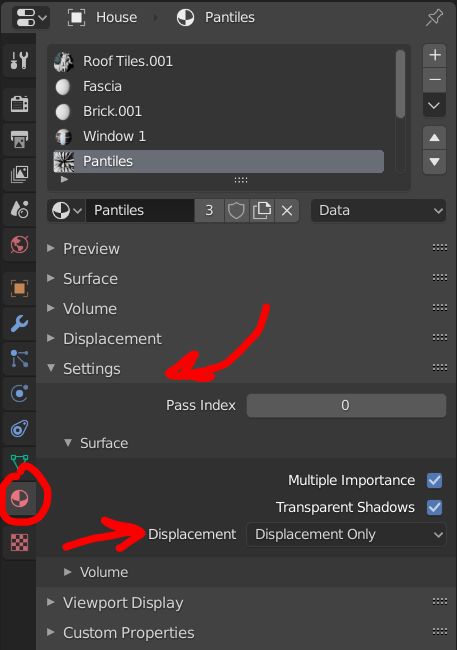 Not the answer you're looking for? Browse other questions tagged rendering lighting or ask your own question.

3
How do I make these PBR roof tiles not flat?

3
Blender Render suddenly makes everything black
3
black objects when rendering scene (BI)
5
Cycles render showing up black and weird
0
Render is all black
2
Why is my object black in rendered shading mode?
1
Eevee: First animation frame renders black & white until something in the scene updates