Is there a way to apply root motion to objects following a path?

I am trying to create a simple caterpillar track animation with root motion. 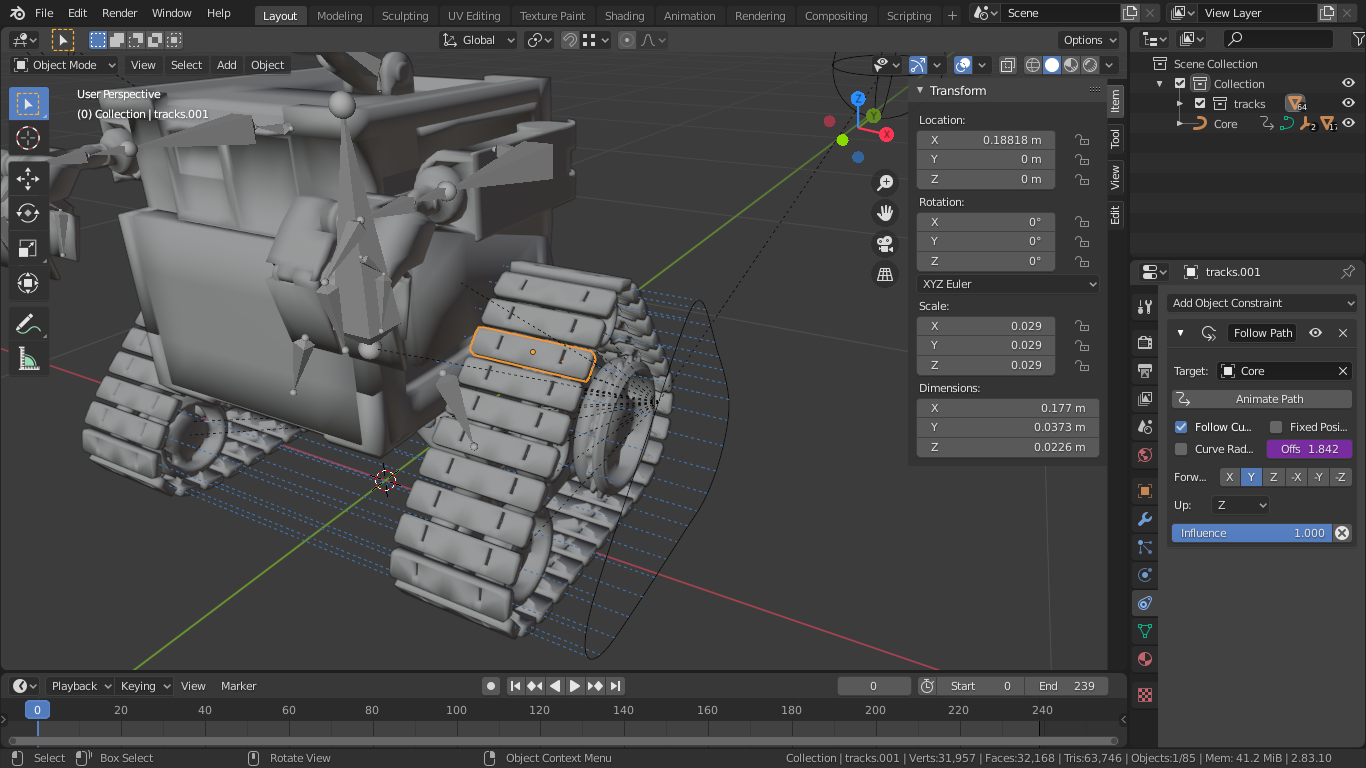 But this approach does not work for root motion because the tracks are not parented to the "Core". This is what I get when I export the animation to Unity. Everything works fine except for the tracks which seem to live their own life.

Track plates will be move correctly in root motion if they are directly parented to the root node("Core" in the case). What should I do to make it work?

Browse other questions tagged animation unity or ask your own question.

2
Export motion path
0
Object not following path
3
Multiple objects following the same path at different rates
1
How to get an empty tracked by a camera to move smoothly between keyframes
1
Generate Curve from Motion Path of a Bone (to animate steering of a fork lift)
2
I'm trying to export a character to UE4, but I can't seem to export the shape key animation and bone constraints, how could I get around this?
3
Path following via API