I'm trying to create an IK for a model, and have tried both of the following tutorials: Blender and Royal Skies LLC. The process I'm following, and the issue I get both times, are both shown in this video

First using the Royal Skies LLC method*, the added IK Foot does bend the knee, but the knee is only aligned in its normal rotation when the IK Foot is aligned with the knee bones own axis, with the knee and foot sticking up otherwise, and the foot not following the IK Foot bone.

*removing the IK Foot bone's parent to remove the 'windmilling' effect, as shown in the Royal tutorial. 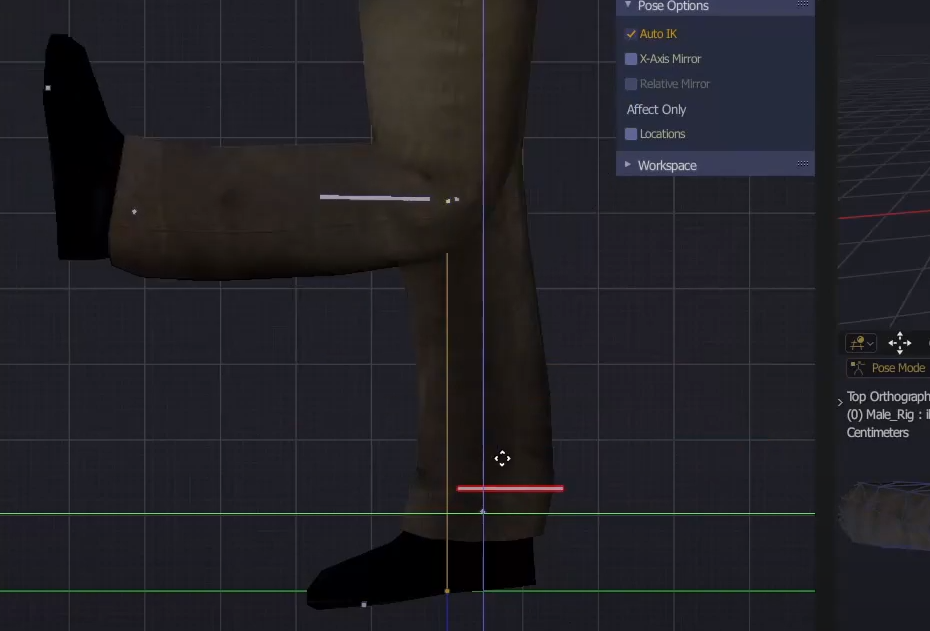 Using the method in the official Blender tutorial, the foot behaves as it's expected to, but the lower leg sticks out. I think both are the same issue, and the only reason the foot doesn't break in the Blender tutorial is because the foot's own bone is being used rather than a proxy. 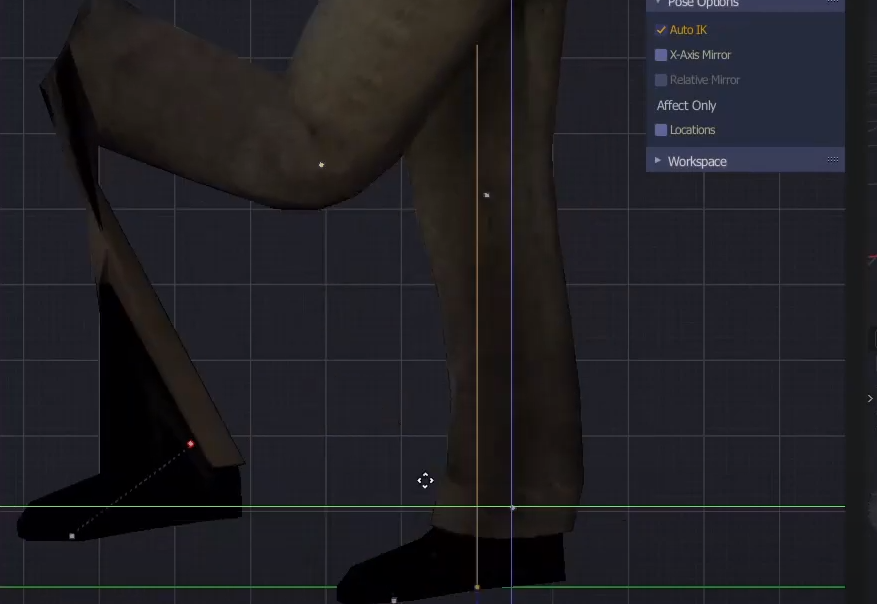 In both cases, the lower leg sticks out unnatrually and can only be made to look 'natrual' by aligning the foot bone (or the IK Foot bone) with the knee's Y axis. Why this is, I have no clue.

The points shown in the images are full bones as normally appear, just they're very small, and not joined together (attached) as they'd usually be. The bones being small like this caused problems for the IK, allowing it to animate the position, but unable to find the 'head' and 'tail' points correctly because of their separation.

The option was to adjust the bones in edit mode so they'd join up, but doing this broke all the animations.

In the end, I simply clicked the 'tail' of one bone and the 'head' of the next, and used 'Fill' to create a new bone to connect them up. I did this for all the necessary places, so there were no 'floating' bones.

Then, I applied the IK using the newly-added bones. The original bones were kept but parented so that the new bone was a child of the original, allowing the original animations to work.

Furthermore, the weight painting had to be swapped out so that the new bones took over from the old bones as the ones which have the actual control over the body (done by simply renaming the names to math the names of the new bones). This allows the original animations to be kept, and for an IK.

Not the answer you're looking for? Browse other questions tagged modeling animation rigging inverse-kinematics or ask your own question.