I'm trying to perform a boolean difference to cut a piece out of this treasure chest lid to change to a pop-in hinge: 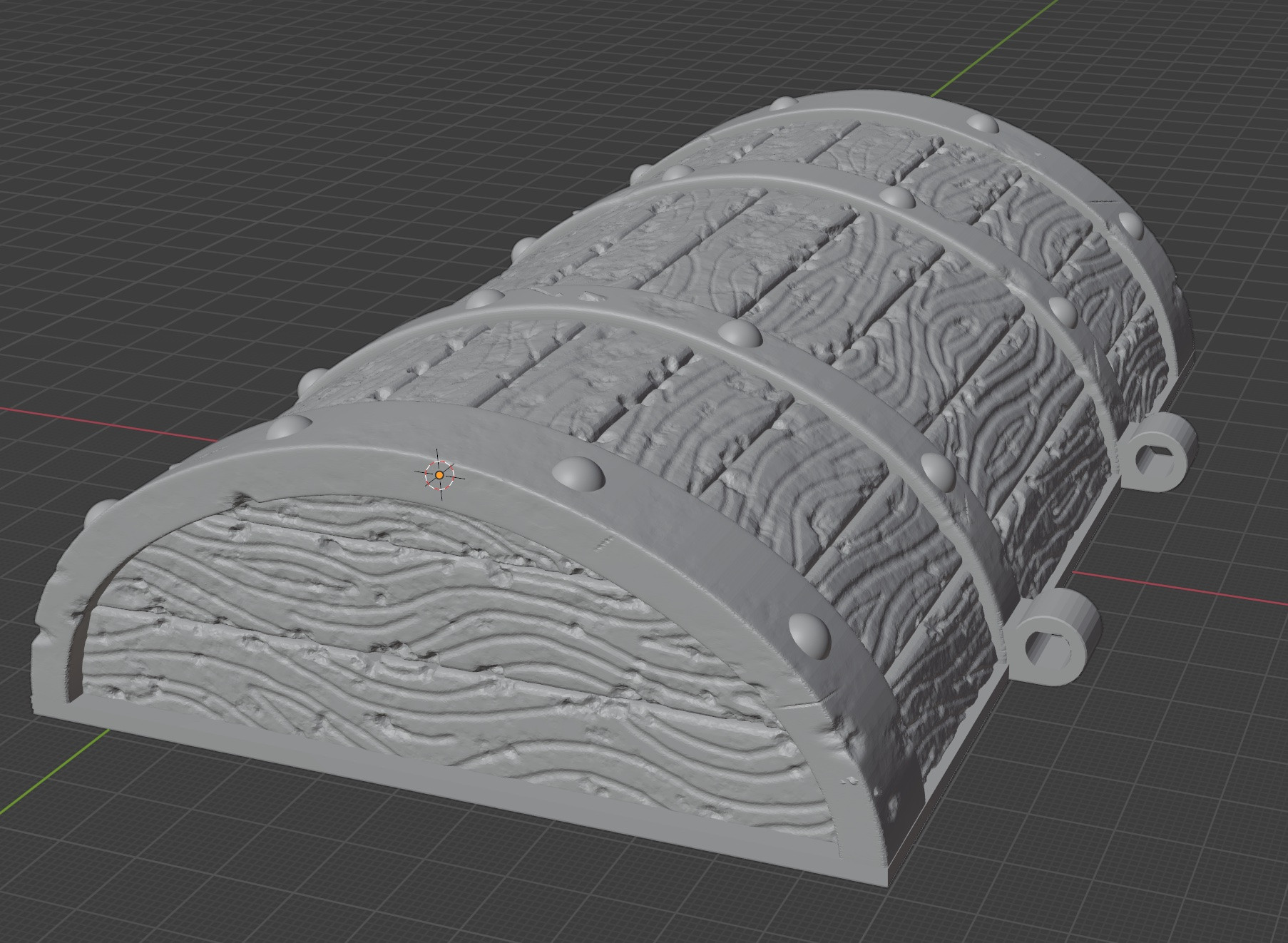 The model is an STL from Thingiverse. I created a shape that I want to cut out of the lid in Fusion360, exported it as an STL, and imported it into Blender: 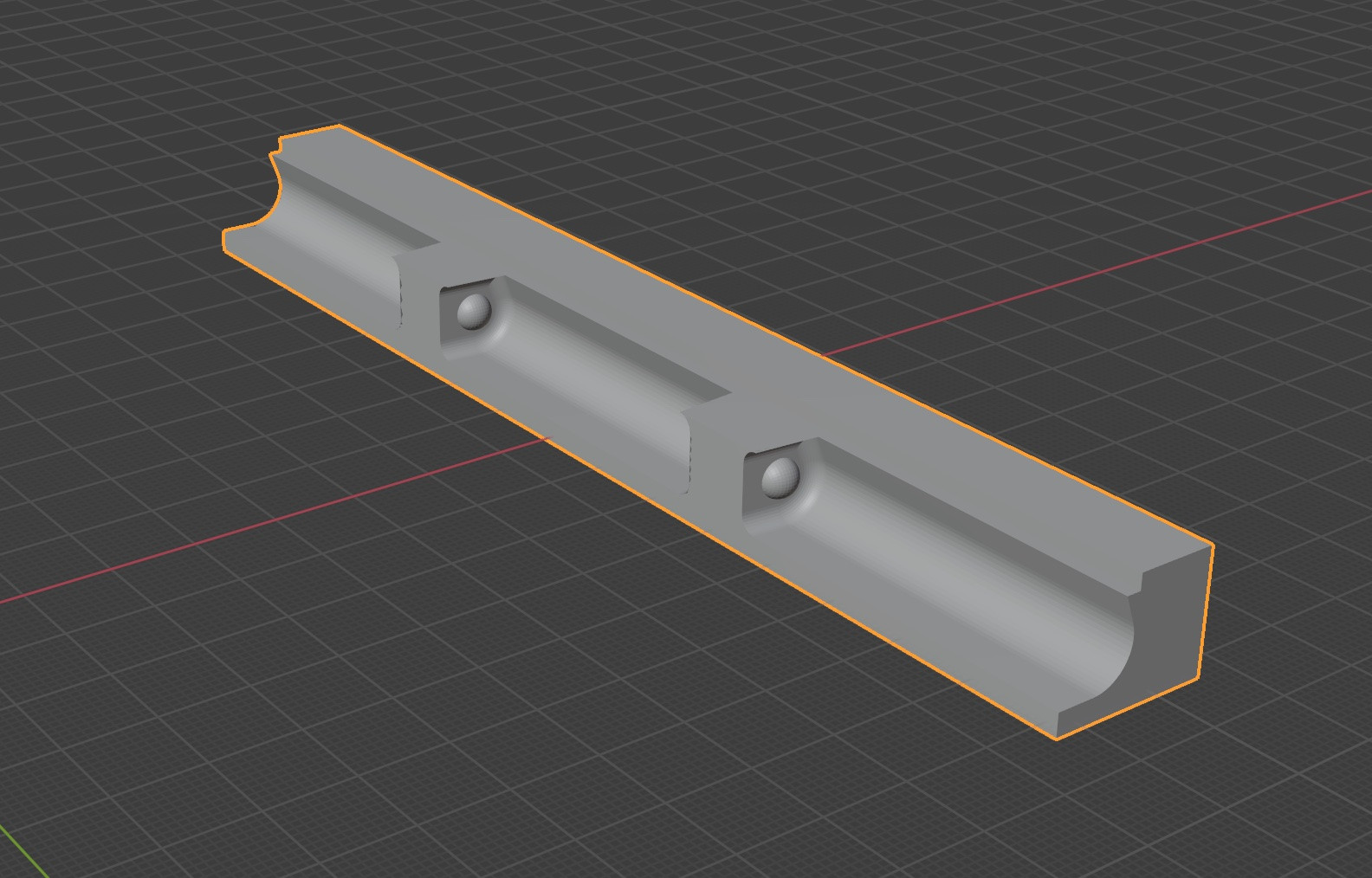 I lined them up in Blender and then added a boolean difference modifier to the treasure chest lid, setting the cutting shape as the object to subtract.

Instead of cutting a piece out of the lid, it looks like it performed a union instead: 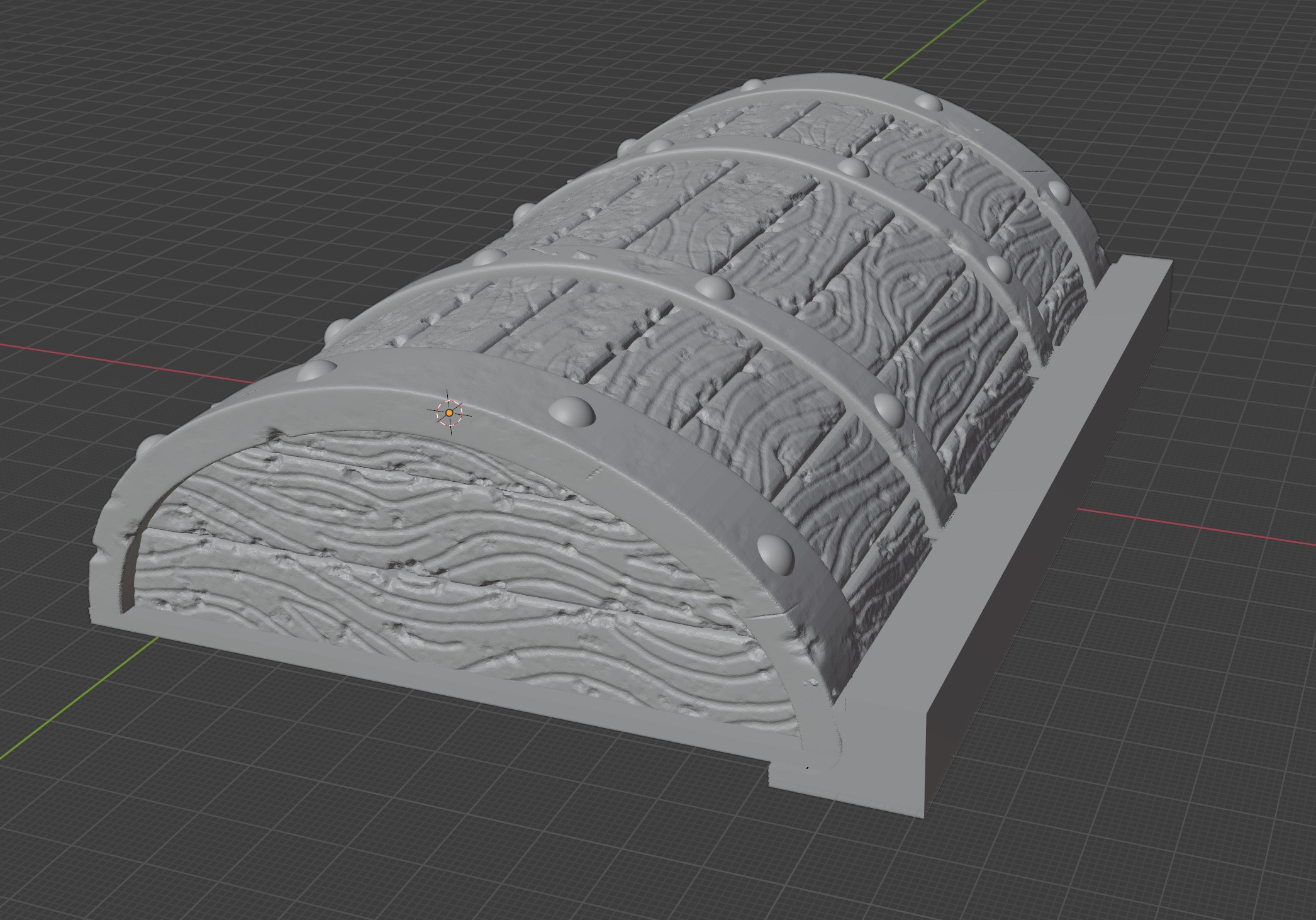 The original cutting shape is hidden, so what is visible here is the result of the operation. It looks like it unioned the two shapes.

I checked all the common reasons for problems:

What else could be causing my boolean difference to fail? What can I do about it?

Here's a Dropbox link to the Blender file.

Your treasure chest 113Mb blend file was to large for my machine to handle you may want to "clean up" the STL before you upload files. Do a "Limited Dissolve". http://youtu.be/-OynHqYd_1I

Blender stackexchange has it's own file attachment system to help prevent files being "lost / moved" http://blend-exchange.giantcowfilms.com

Also are you going to 3D print this out? if so there's certain offsets when doing a Bool cut you need to take into account. Like making the cutting object about 0.2mm larger.

Are you using Blender 2.91? The "Bool Tool" using the Exact option may also help.

Here's an animated gif of the process using a box and your lid cutter.

1
Trying to use Boolean (difference) Modifier on a ring design and its not working correctly?
0
Difference boolean modifier acts like union but only on a specific object
0
Boolean operation BUG?
1
Difference Boolean 2.8 not working as expected; Weird shading and not removing face
0
Boolean Modifier (Difference) Issue Persists Even After Applying All Transformations, Recalcing Normals, and Fixing Non-Manifolds
2
Non Manifold geometry preventing loop cuts
0
Boolean Difference on Hollow Object
1
Joining instead of Cutting with BoolTool Ctrl Shift - Shortcut
1
Trouble creating a volume from a plane