How to sweep a profile along two rotation axes? (how to model globoid worm gear)

There's this video that demonstrates modeling a globoid worm gear, and it's method is calculating the parametric equation of each tooth profile and generates the worm directly. However, I find this "adding material" method against the natural sense of worm making process ("removing material"), and that' where my question came along.

Here's a simple sketch I draw that I hope to convey my idea precisely.

The part I'm struggling with is the 3. part because I cannot find the suitable function to sweep a profile along two rotating axes at the same time. As you can see in my sketch below, the first axis is around the center line of the hourglass and the second axis is around the gear. 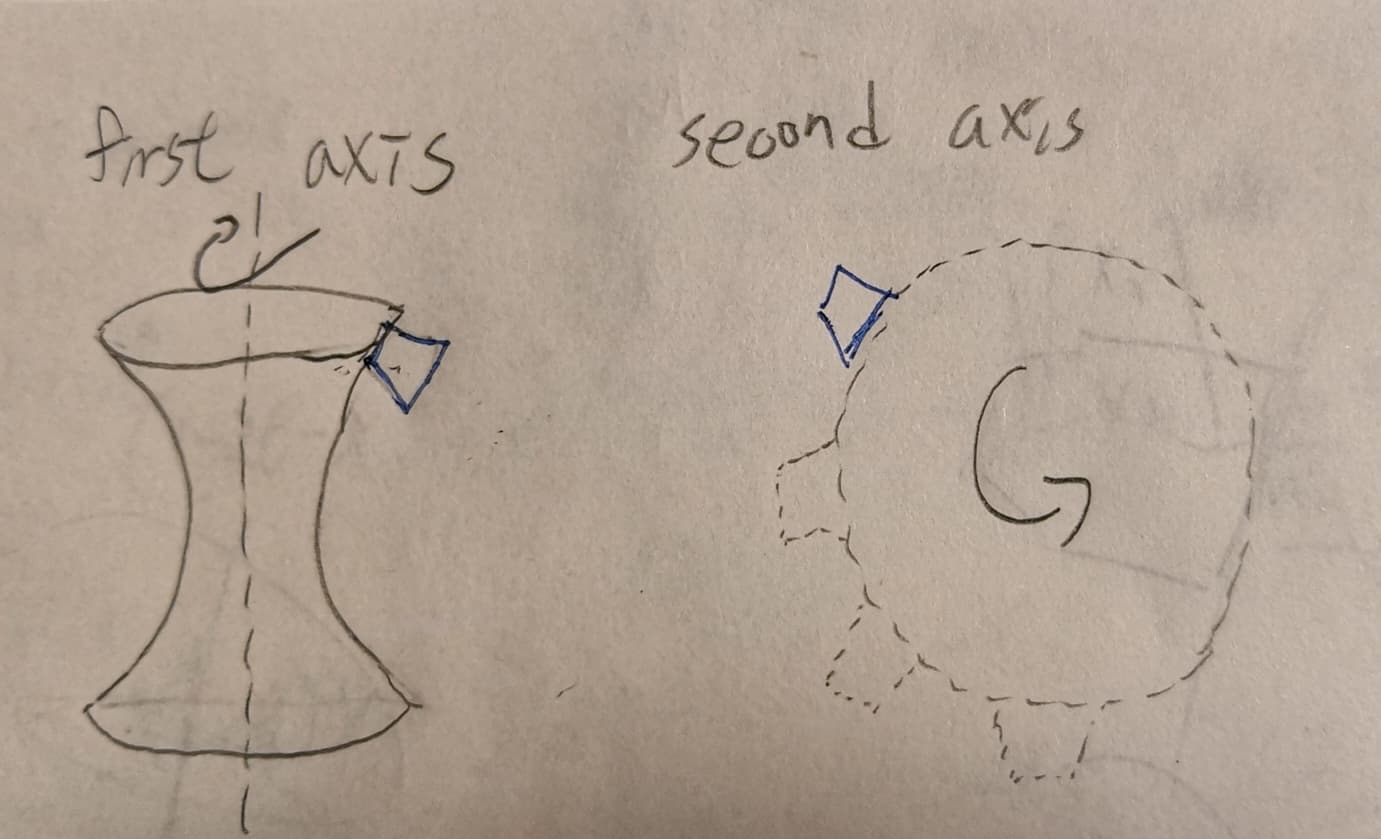 That can be a "screw" and a "simple deform" modifiers:

Make a profile (bottom left below).

Set the external part into a vertex group.

Add a screw modifier (use 'calculate order' to set the orientation of the faces correctly).

Add a simple deform modifier. Stretch mode and centered on an empty placed at the center of the screw. Use Z axis to deform around it and the vertex group to be deformed (so only the external part).

Then tune the modifier factor (or scale the empty) so that it corresponds to the wanted circle. 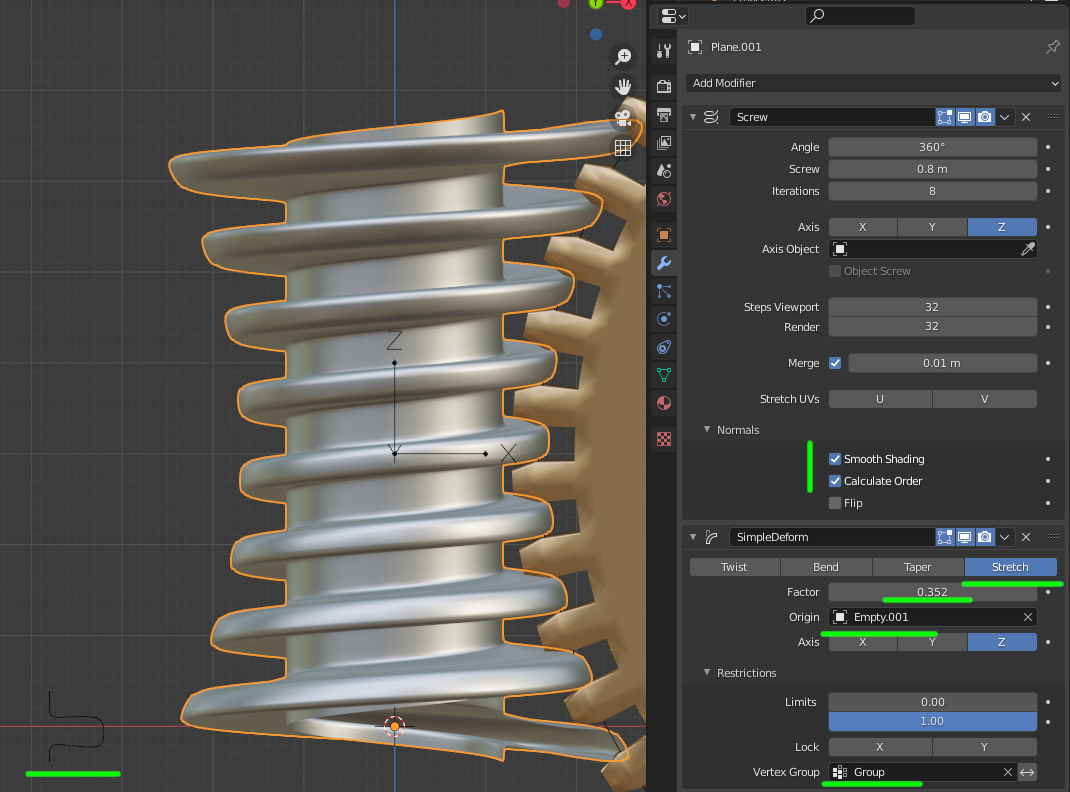 I'm no Blender wizard, yet, and I haven't found a native/vanilla tool to get your desired result, but I did see this addon pop-up a few days ago, which might do exactly what you want. Radial Array Tool Addon

Let's hope someone with a bit more experience in Blender shows up in the comments and shows us how to do it without 3rd party addons!

3
How to bend one side of a planar mesh fade the bending effect towards the other side
1
Interpolate mesh surface between curves
10
How do I snap a vertex along a local axis?
5
Most ideal way to connect two parts of a mesh when one has multiple faces?
0
Continuing division of cylinder to top faces
2
Strategy for creating this model in Blender from scratch
0
Moving object warps it
0
How can I resolve this panel line issue?