I am working on something in unreal engine and I wanted to have a custom character mesh. I downloaded a mesh then imported the ue4 skeleton in blender, deleted the mesh (just kept the bones) and imported my downloaded mesh.

The UE4 skeleton and my mesh did not have quite the same pose so I had to move some bones around to make them fit the new mesh. Once this was done I wanted to parent and weight the mesh so it could be animated.

The automatic weighting did not work. I tried to do some research and it seems one problem could be that all the bones are not inside the mesh, but I think they all are. Another thing could be that my mesh is not "Closed". I could not get it to work so I decided to try to paint weights myself.

I did painted the whole upper body, but when I tried to move a spine bone in pose mode, there was some kind of "Cheese string" effect. I cant describe it better but the video shows it. I'm worried the weight paint didnt got applied everywhere, I'm not sure if it is a problem with my mesh. If anyone can help that would be great, thanks. video showing the problem

I've shared two files. The one named "Works" is another try I just did. It seems the mesh is simpler and it looks "Closed" so I guess that is the problem with the other one.

Quick note: I don't own the two meshes

The problem is not the head not moving, I haven't weight painted it yet. The problem like in the hands, there ares points that seem to not move, then it stretches the mesh. Same for the shoulder. This is a screenshot of the lower arm weight paint. I've outlined a little area that is not getting painted, I'm afraid the problem comes from that and I don't know how to solve it. 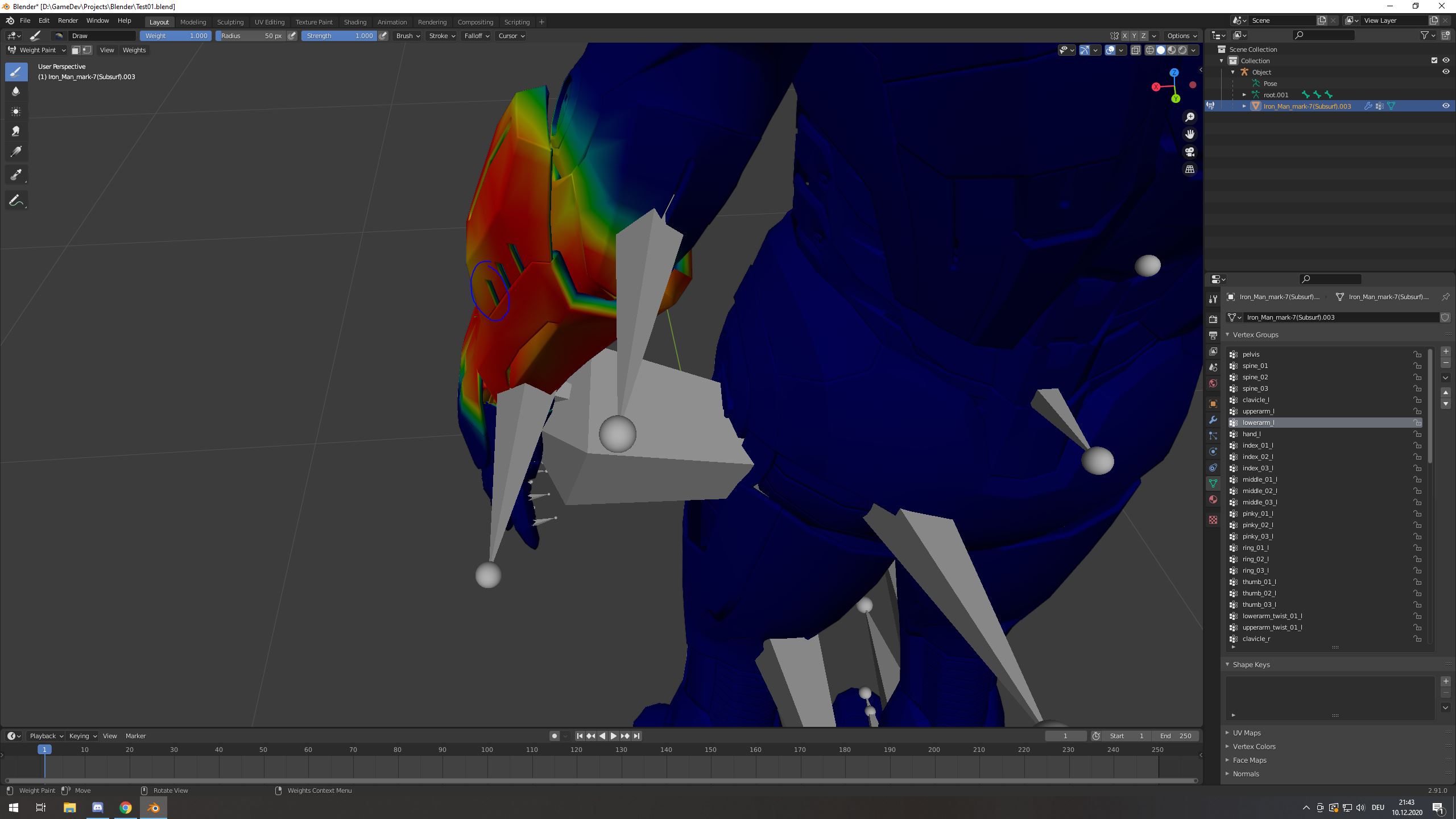 There are many approaches to solve this kind of problems.

i have managed to separate the limbs from the main body to make the painting easier. I used the third solution you gave with disabling "front face only" on the brush. I still have a problem tho and it is kind of similar to my first one. Some vertices seem to not be taken into account by the weight painting. Moreover, it seem to be the ones i worked on when separating the limbs from the body (around the shoulder and the neck). 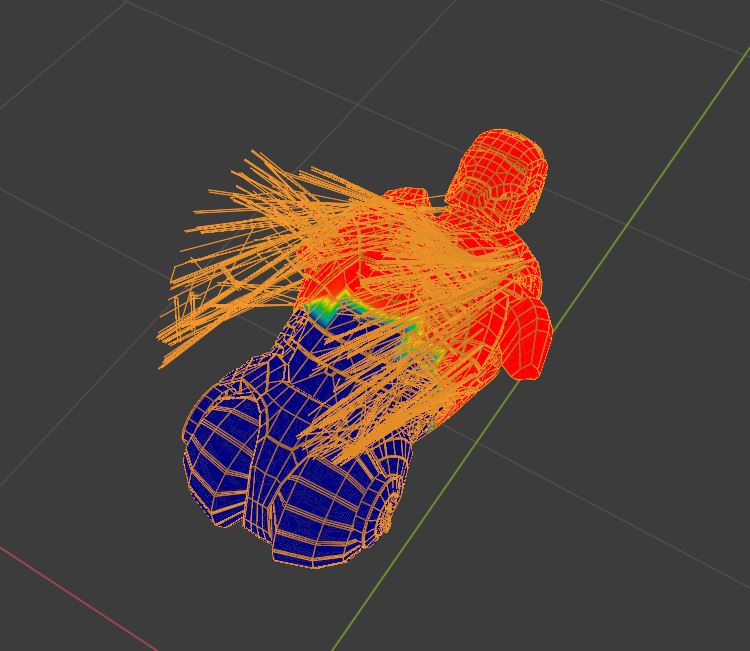 The body here is rotates 90° on its back and some vertices are staying were the shoulders where and making those lines. I have no idea if i did something wrong while manipulating the vertices. Here is my file:

Not the answer you're looking for? Browse other questions tagged mesh bones or ask your own question.