I want to convert a hair particle to mesh, but whenever I press the convert button in the modifiers panel it converts to a curve. I can then give depth to the curve, but I can't give it the same tapered effect I could get in the particle settings. How do I fix this? 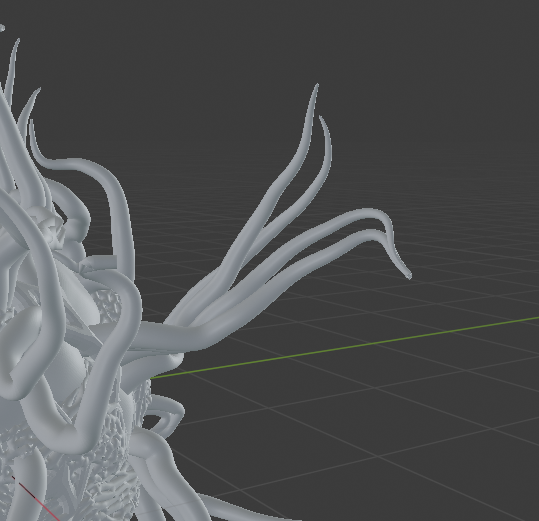 (I got this by rendering it) 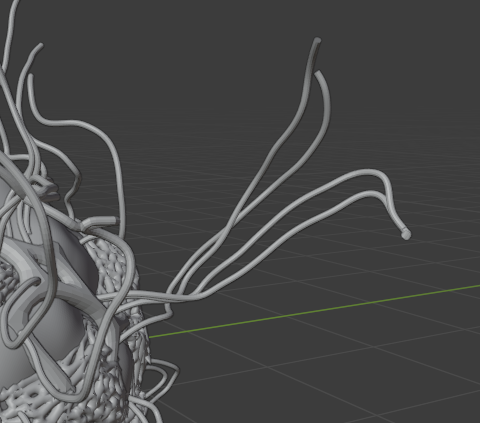 From the Blender Manual on taper objects.

In order for this to work:

In the example below, Suzanne has had a simple hair system converted to curves, then a bezier curve is used as a taper object.

The geometry settings for the converted hair are below: 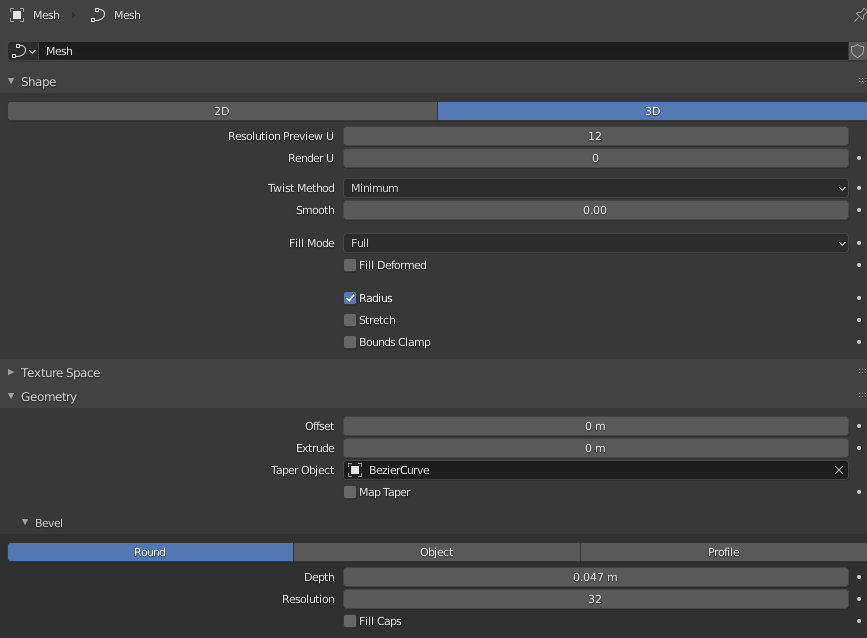 The hair curve also has a subdivision surface modifier to further smooth the shape after conversion.

The hair system itself is nothing special, all default settings except that the count is changed to be much less than the default 1000 (only 36)and for suzanne is using a density vertex group for emission. Also, in order to prevent the hair from detaching from the emitter due to the forces after being converted, I used emit from volume rather than faces, or vertices.

The shape of the hair is created with two forces, turbulence and vortex

In short, as long as the curve is along the correct axis, as shown in the example you should have no problem reproducing in your own project. Once satisfied with the final shape of the curves, you may convert them to mesh via Object ‣ Convert To ‣ Mesh

I have also included a finished sample file demonstrating the taper on suzanne, hopefully it will get you in the right direction.