Ask Question
Asked 4 months ago
Active 4 months ago
Viewed 33 times
0
$\begingroup$
This question already has answers here:
How can I get better results when doing camera motion tracking? (2 answers)
Closed 4 months ago.

Got this drone footage to track of a big truck patio. Huge stuff. The drone is quarter-circling the warehouses, and I could get me 8 solid tracking points and the camera solved.

Alright, seems fine. I can see the trackers on the background image on my 3d viewport, they line up with the footage. 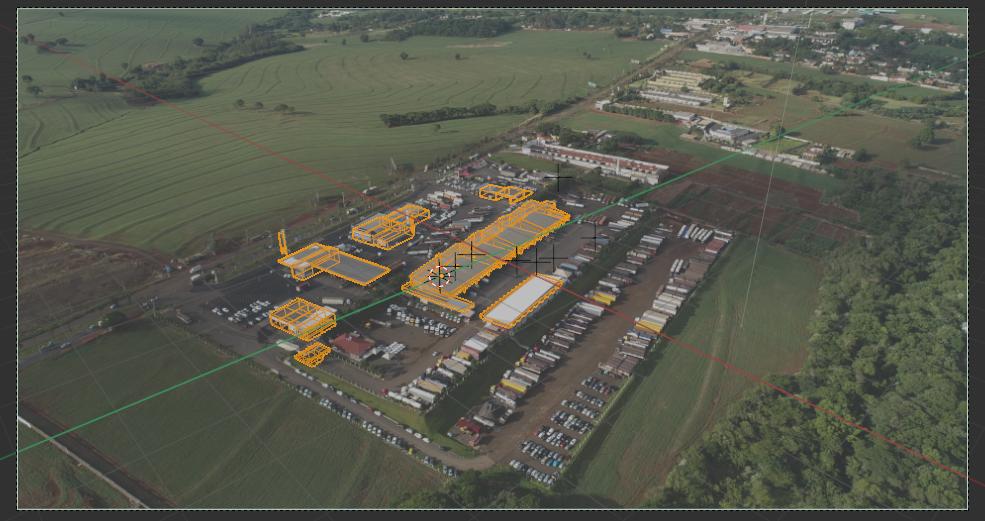 I can align the 3d model of the warehouses as well. but it won't keep aligned as I hit play.

Among other things, I tried, so far:

The thing is that the markers position is accurate only from the top view (wich is not the camera's position). Footage was not captured top down, so it doesn't make any sense to me that the markers are top down. I don't even know if I'm making myself clear. Hehe.

But here's the weird alignment on the trackers to the camera:

It's flat, almost. And it really doesn't look like the angle the drone was relative to the ground. 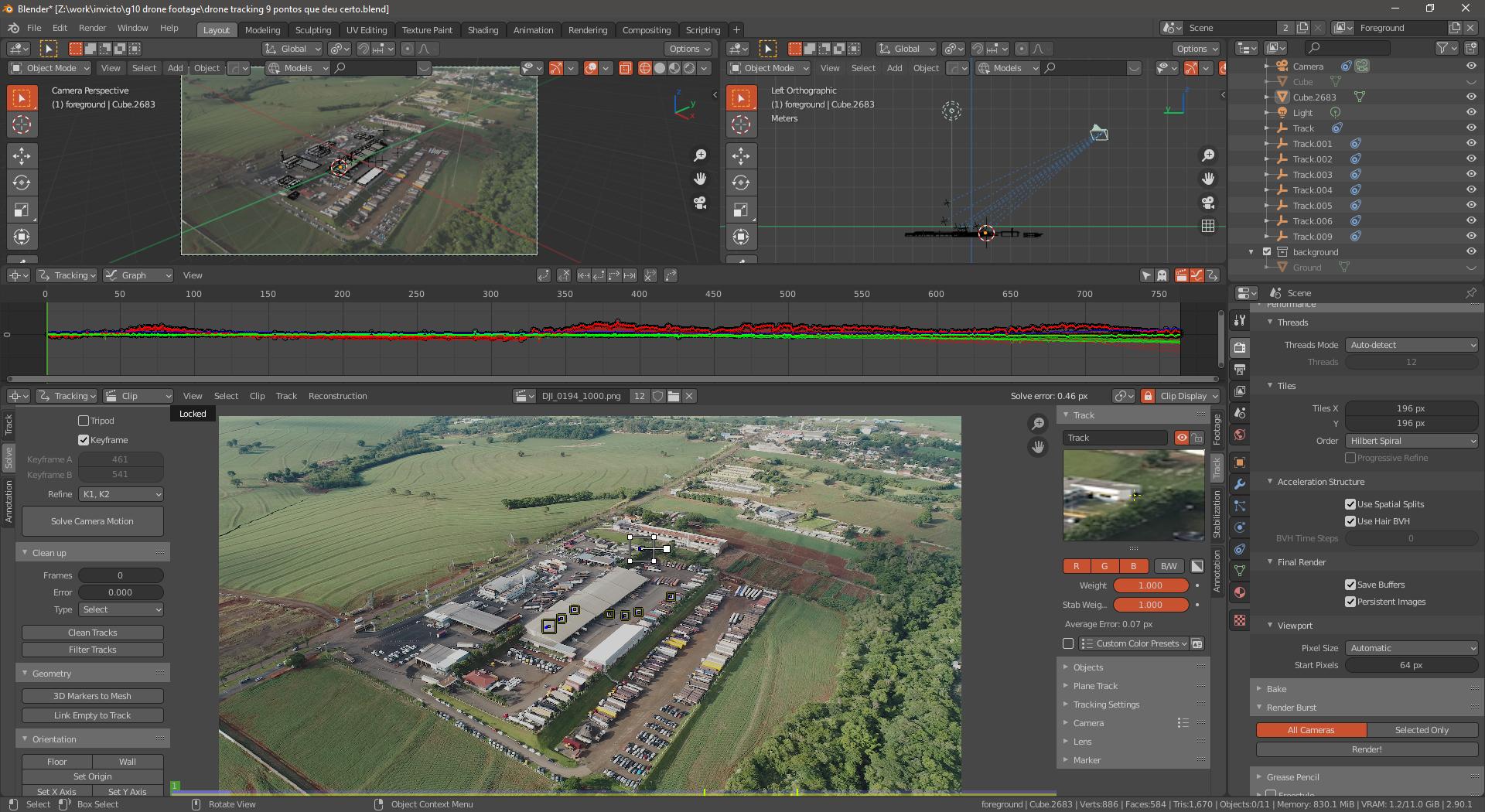 What am I doing wrong? What is being missed? The parallax exist, doesn't it? Is there another approach to this? I tried the plane tracking, but in my research I figured that it wasn't the proper scenario for it.

Looking at the trackers spreading like that it makes me think that this is all incorrect, but then how one can track such a camera movement from aerial footage? We do have other takes from the same place, different views, but same alignment problem. The trackers kinda look flat.

Solve mode should not be tripod. Tripod solving is for when the camera is not moving, just rotating from a fixed position. Tripod solve will not result in 3D reconstruction, it will only solve the camera movement, but the trackers will not contain any depth information, they will be projected as in a sphere around the camera.

When the camera moves (as in advances forward of back, or is being displaced sideways or up or down), then use the Default Camera Solve.

As for how to proceed, most of it has been answered here.

Read the following link: get better results for camera tracking

Most problems with solving 3d information come from poor (inaccurate) tracking. You need at least 8 trackers, but more can help you in this case. Track objects on the field around the buildings as well. Prioritize objects that move fast (in the foreground) and then track a few objects that are very far away.

30
How can I get better results when doing camera motion tracking?
4
How to see bundles and back projecting points of different colors?

3
Correct tracked camera orientation
10
Remove Tracking Markers
1
Camera Solving, the trackers in 3D space are inverted
2
Tell Blender to ignore tracker for camera solve
0
Camera tracking; movie clip does not show up as background footage
2
why i cant see tracking markers in 3d viewport
0
Motion Tracking Tripod with Given Camera Settings
3
How to solve camera for only part of footage?