(v2.90) What are these thicker blue lines, and how do I quickly remove them?

I can manually remove them by deleting the surrounding faces and remaking them, but there's got to be a faster way.

I get these lines after joining Ctrl + J two separate objects (e.g. two mirrored halves of the body via Duplicate + Scale by -x) and they don't always appear at the fusion points. I'd thought they meant duplicated vertices, but merging them M at center doesn't do anything. Could it be a duplicated edge, though?

If it means anything, the horizontal thick-line was a former UV seam. 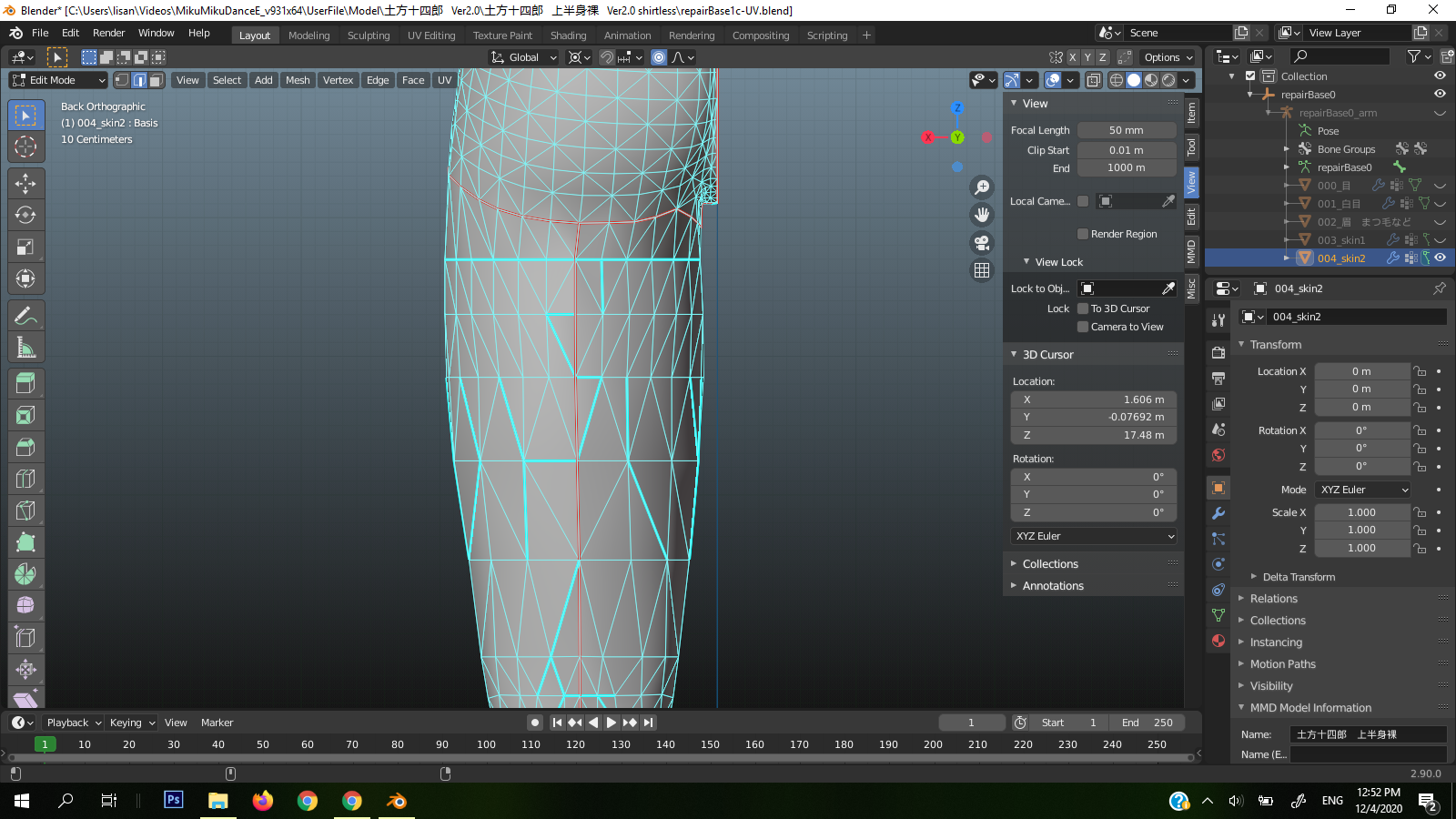 Those edges are marked "sharp". To remove, select all (or just the ones you want to clear) in edit mode and then select "clear sharp". 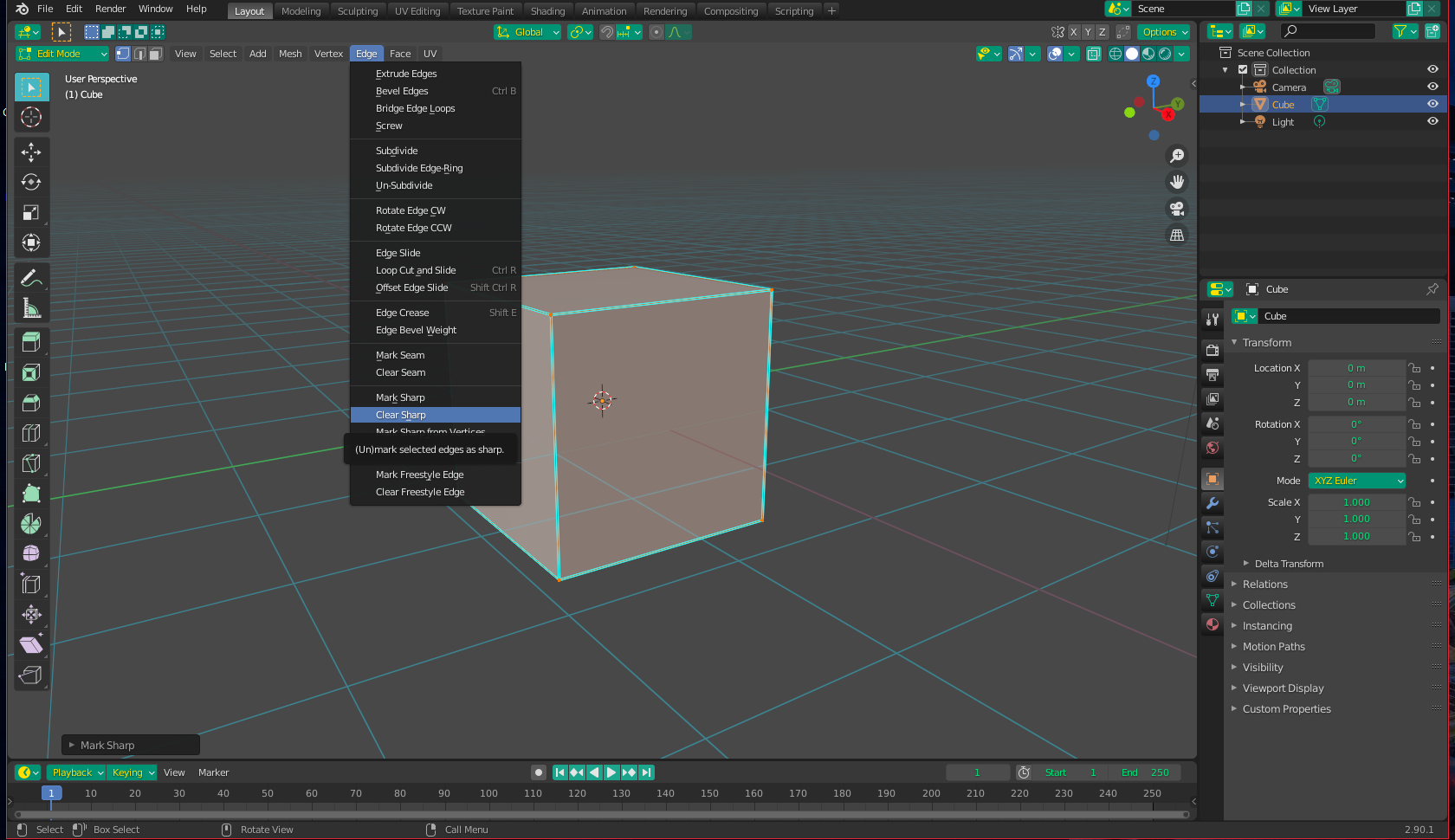 26
What are the light blue lines on my imported objects
1
How to remove this blue edge selection?
0
BMesh: How to get a list of faces and edges, given the vectors (and delete them)?
0
How to Remove these small box(edge) structure from face in blender?
2
I can't remove dark blue lines is't mark sharp?
2
The edges connecting my vertices are loopy rather that straight. Is it possible do straighten them + if so how can this be done?