Use an object as a Driver variable

I have a function for a driver that expects 2 objects as arguments, and I can't find a way to set the variable as the Object ID, only a single property of that object. Is that possible?

You can set the driver to data path and use "name" as path, at the cost of getting the object from its name.

With this setting, the object can be renamed by the user and the driver won't be broken. 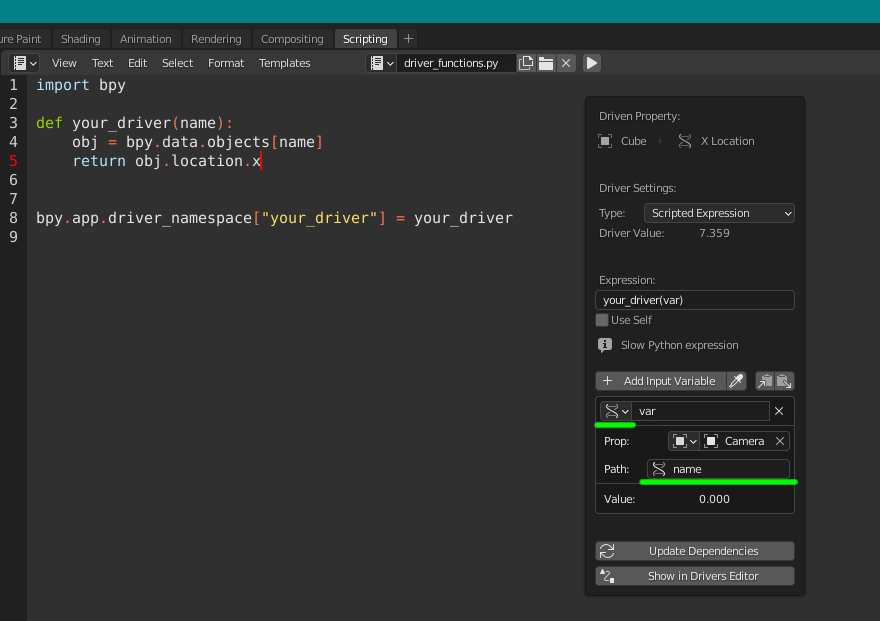 Since the upgrade to 2.8 the depsgraph is a member of the locals of a driver, as are the variables. See answer to

re setting up a test driver.

As an example, driver is on "Cube". The object "Lamp" is in scene, and passed as an evaluated object to the driver via the depsgraph. The depsgraph can also be used.

An example to return minimum global z of all other objects in the depsgraph. The method of @lemon can be used for the object names. Other options could be tagging them via custom property or name prefix suffix.

which can be assigned via script or UI.

11
How can a blender driver python script access scene properties like FPS?
3
How to use different types of data blocks for driver variables?