I can't extrude on the z axis

You're extruding edges, along their median (actually mean) Normal, which is to say the mean normal of their vertices. In the first extrusion, all the vertex normals have a -Z component, the X's and Y's cancel, so the mean normal is -Z. In the second extrusion, none of the vertex normals has a Z component, the other components cancel, and so the Normal is 0. Blender seems to gives an arbitrary vector for this?

Fill the hole and extrude a face, which has a normal, or use the XYZ setting for the tool.

The behaviour has changed in version 2.93

EDIT: As @RobinBetts pointed out, the behaviour changed in Blender 2.93 (see below), so here's what to do if you have an earlier version:

If you simply want to constrain the extrude to the global Z axis (not some custom orientation), you can simply switch the Extrude Region and Move tool from using the Normal to the XYZ axis with the button at the top. Or if you keep the Normal option, just grab the circle instead of the Plus. This let's you extrude freely without constraining the direction. If you now hit Z, the direction gets constrained to the Z axis just like it does when you're moving, rotating or scaling things. 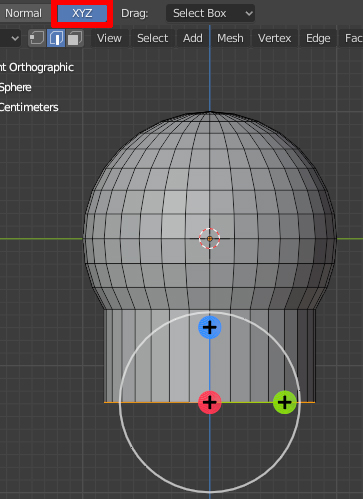 And this is how it works in 2.93 and above: After the first extrude, you have the option to further move the extruded part by grabbing the arrow, or do another extrude by grabbing the plus. 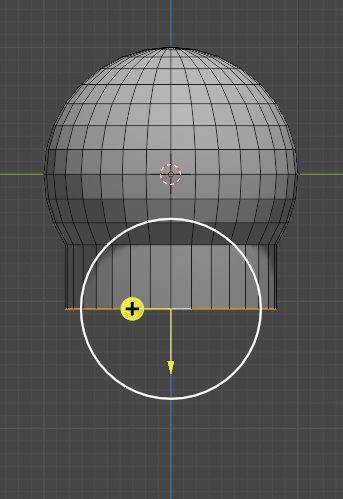 Now if you want to move it further down without extrusion, use the arrow - if you hover over it, it becomes white: 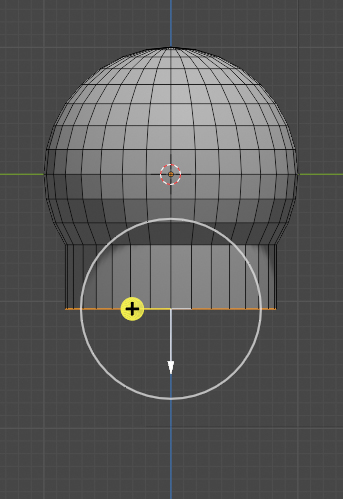 But if you want to do another extrusion, hover your mouse over the Plus to grab it and it shows in white: 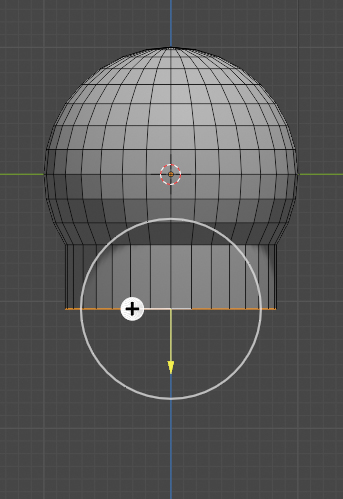 Just pull it down like you did the first time and you have another extrusion: 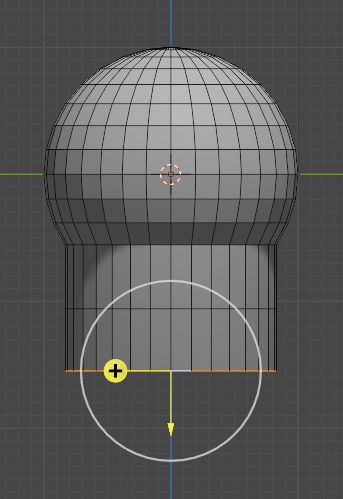 1
Extrude in python
2
Extrude not working in Blender 2.8
5
Which tool can best extrude two angles from the same face?
0
Extrude (vertex/edge/face) along axis?
0
Blender 2.8 extrude vertices
2
Can't Extrude Multiple Faces
0
Can't offset even with Extrude to Cursor
0
problem with extrude tool
1
Extrude from the vertices