Is there a way to save all settings of the sequence editor to disk and load them when needed?

In Python, is there a simple way to save everything in an editor, ex. the Sequence Editor to disk and later when needed load everything again? 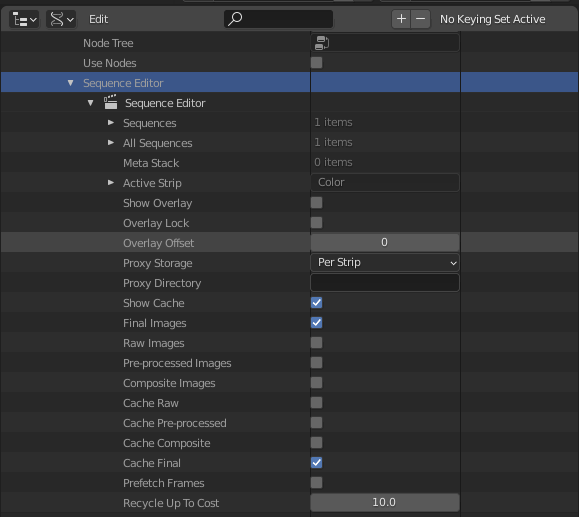 The reason for this question is that changing scene will change the contents of most of the editors, and this is not always desired. Being able to save and load all content from from ex. Sequence Editor would be a way to workaround this.

Sequence Editor belongs to the scene.

The settings shown are on data that belongs to each scene. A new scene will use blender's defaults.

Python console. Create a sequence editor in the context scene. It is of type bpy.types.SequenceEditor. The value for overlay_frame is shown

To have the same settings in another scene, would suggest creating a new and copying the attributes of the old, or copying the scene and unlinking from it unrequired data, including strips. Be a good candidate for an operator with presets.

Alternatively save it as a scene in another blend and append the scene each time instead of creating a new one.

Another option would be to save a workspace template or startup file with the settings desired.

3
How to copy nodes and their links from one node tree/material to another - in python?
2
Can Python Operator Presets be shared between Operators?

7
How to read pixels of a video from python API?
8
AttributeError: '_RestrictData' object has no attribute 'filepath'
4
Automatically inherit an imported video's encoding
3
How to merge two or more groups to one using Python API?
0
What are the Images in the UV editor for and how to prevent them affecting OBJ export?
1
Passing data from one running instance of script to the next
2
How to crop from Top & Bottom of Video