Scale Rotated As If Not Rotated

I am trying to figure out how to scale some rotated geometry as if it was not rotated. I'm not sure if that makes sense, but imagine this situation: Let's say I have an oblong cylinder that is rotated at an odd angle and I want to scale the cylinder so that it is now round, how could I do that (see pic)?

I tried scaling along normals, while that works for certain things, say I wanted to make the cylinder longer a normal scale along the z axis works, but trying to scale it like in my example does not work, along any axes or any orientation.

Another solution I thought would work is to orient my camera along the top face with shift+n7, however it doesn't seem to align the camera perfectly and that causes scaling along the view to distort. Sometimes if the shape is perfect the camera alignment will be perfect, but if it's off by just a tad the alignment get's out of wack. 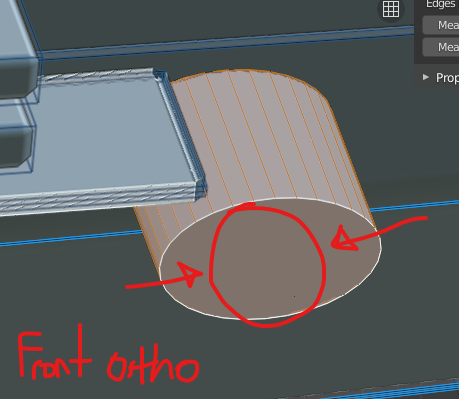 If you haven't applied the rotation, you can use the local coordinates, either change to locale in the Transform Orientations dropdown, or hit S -> Y -> Y for scaling on the local Y axis (or X twice for X etc.)

If you have applied rotation then creating a new Transform Orientation will be required. Select the face on one end of your cylinder, then in the Transform Orientations dropdown click the + button. This will make a new coordinate system aligned with the selected face. Then scale as required. 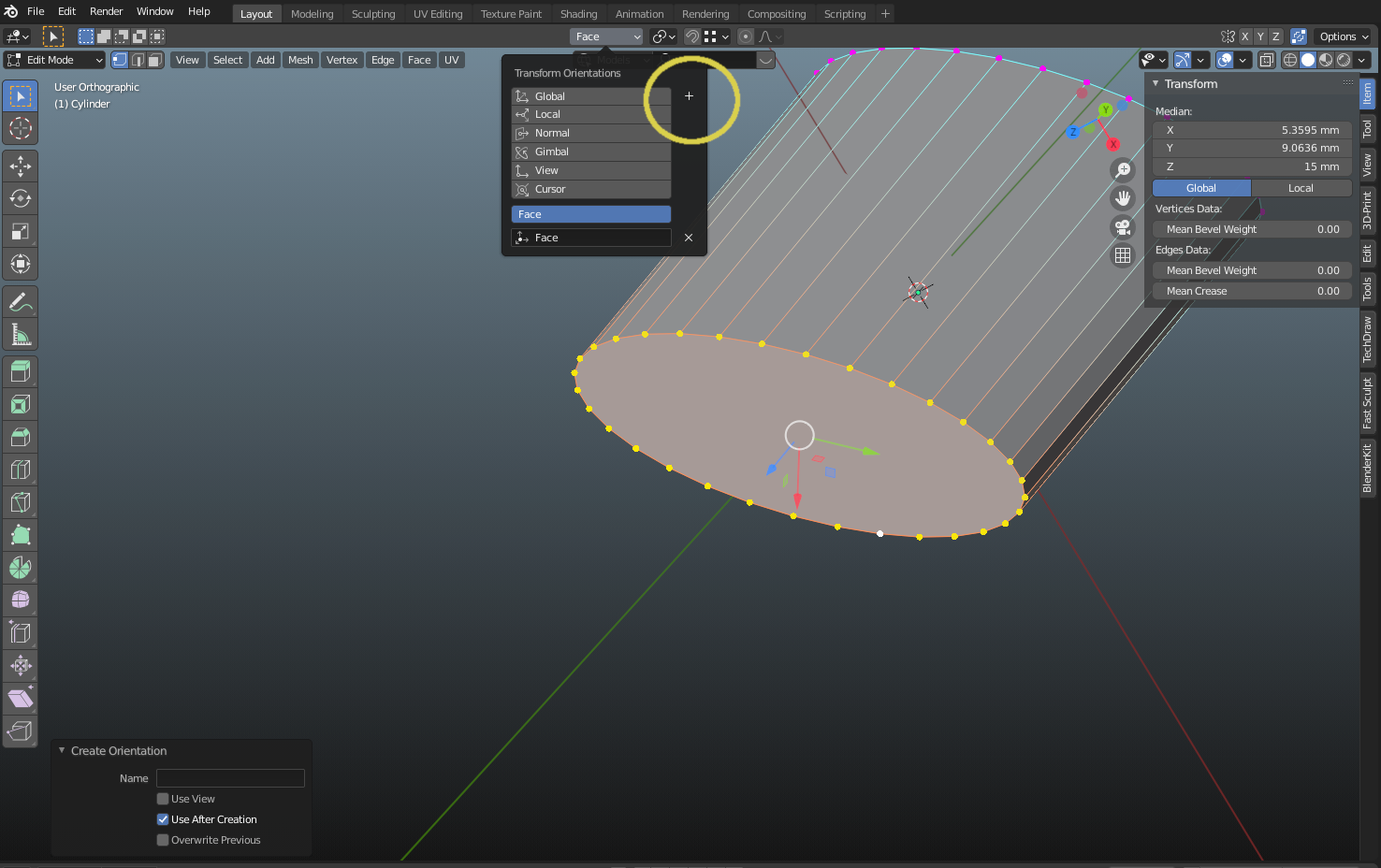 But the easiest way for this particular problem would be to use Loop Tools addon. Select the verts on one end, right-click and choose LoopTools -> Circle and like magic your verts with be a circle retaining the plane they are on and their median location!

Actually I don't really think that I fully understood your question. But as far I understand, your cylinder is suppose rotated 2 degree along X axis. And you want to scale along that 2 degree as if it was not rotated at all. If this is what you want then scale along normal should work. If not? Then first tap (ctrl+a) check rotation. 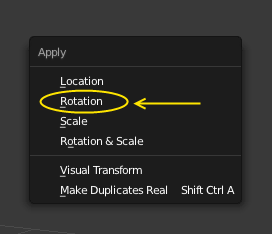 Then go to object panel on the top > set origin >origin to geometry.

Not the answer you're looking for? Browse other questions tagged mesh transforms geometry scale transform-orientation or ask your own question.

4
How can I scale bezier points without curve anchors being affected?
1
Blender and 3dsmax Scale conversion
2
Scaling/Rezise in Blender 2.8 Python/Script not working on mesh
0
Scale along face normal
1
How do I project a texture onto an object on a single axis instead of it wrapping around the object?
1
I need to scale one end of a model
2
Create a regular outline around an odd shape